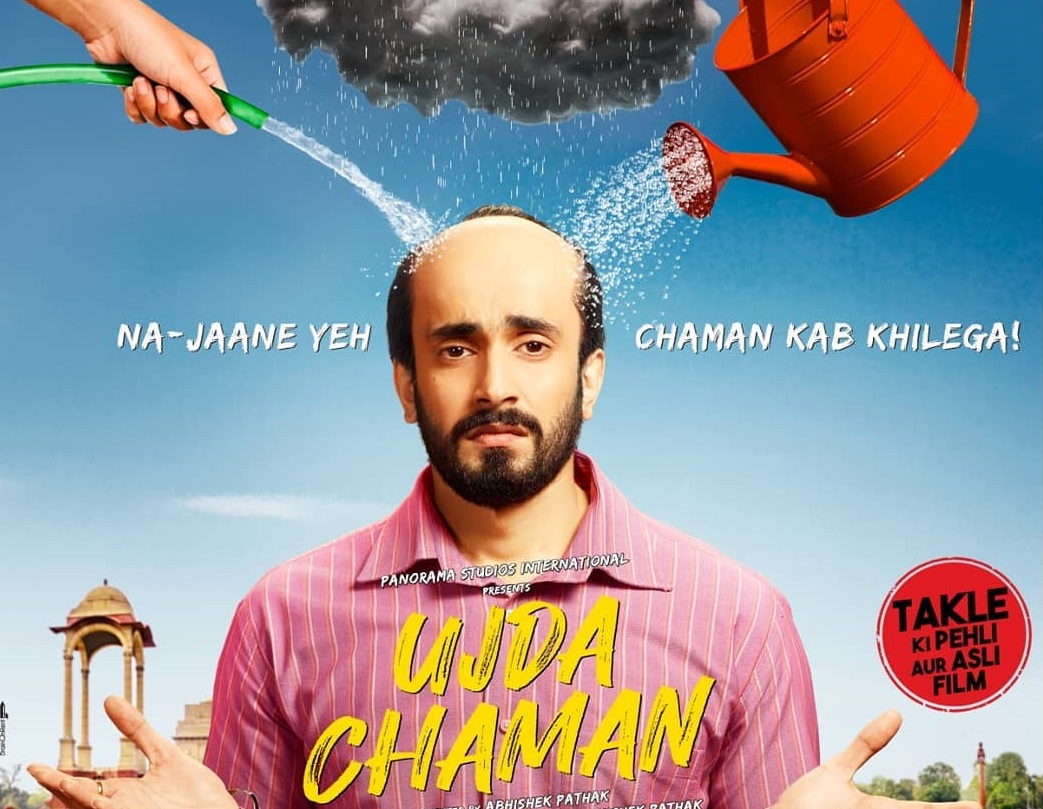 Abhishek Pathak’s Ujda Chaman starring Sunny Singh has only been in news for having a similar concept to Ayushmann Khurrana starrer Bala. After multiple changes in the release date, the makers of the Sunny Singh starrer are finally releasing their movie on 1st November, a week prior to the release of Bala (7th November).

The trailer of Ujda Chaman promised a laugh riot, but unfortunately, that doesn’t happen. We have seen many movies in Bollywood where the basic concept was that one should see a person’s good soul and not good looks. Ujda Chaman too tries to tell the same thing in a light-hearted way, but it falls flat halfway.

The movie is about Chaman (Sunny Singh), a half-bald man. Because of his baldness, he doesn’t get a girl to get married. After trying to have arranged as well as love marriage, Chaman decides to join Tinder and through the app, he meets Apsara (Maanvi Gagroo), a chubby girl. While Chaman doesn’t like her because she is fat, Apsara also isn’t keen on dating him as he is bald. But destiny has something else written for them.

While the screenplay in the second half is weak, Sunny Singh, Maanvi Gagroo, Aishwarya Sakhuja, and Sharib Hashmi try their best to save the film with their performances. Sunny Singh is damn good in the movie. He has very well portrayed the character of a young man facing an issue of pre-mature balding. Maanvi Gagroo impresses us with her act. Aishwarya Sakhuja looks damn pretty in the film and leaves a mark with her performance. Sharib Hashmi is as usual at his best.

Overall, Ujda Chaman had the potential to be a very good film. But unfortunately, it turns out to be an average big-screen outing.