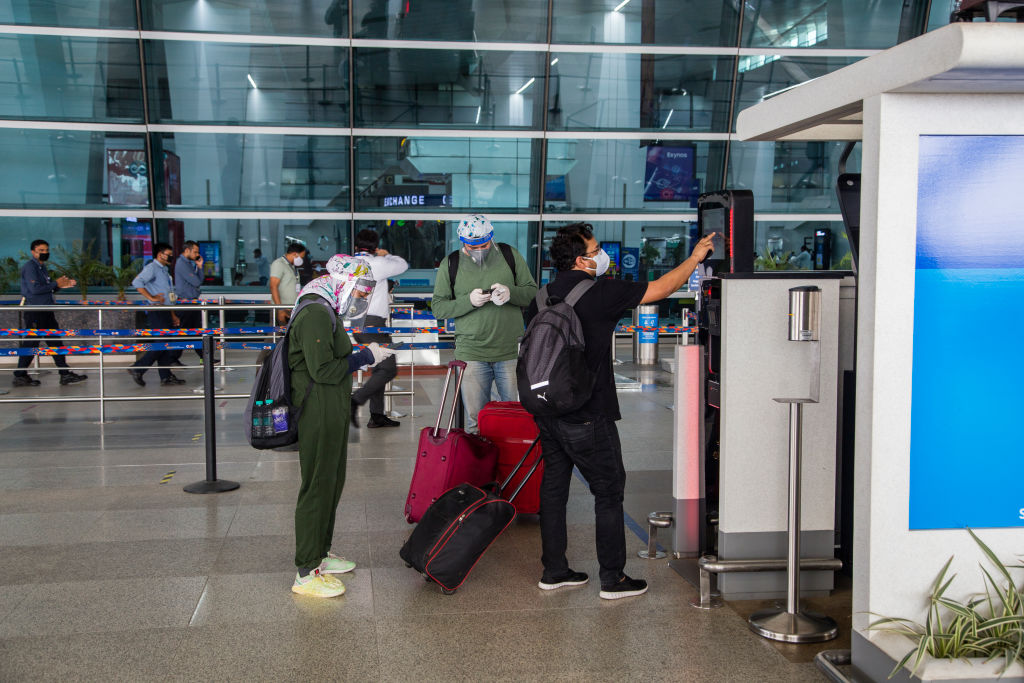 Eight people from “at-risk” countries have tested positive for Covid-19 after their arrival in India since stricter norms for international passengers came into effect on Tuesday (2) midnight. (Photo by Yawar Nazir/Getty Images)

Three out of the 243 people on the Air France flight that landed at the airport around midnight tested positive for the disease.

One more person travelling with 195 others on a flight from London was found to be infected with the coronavirus, an official said.

Their samples have been sent to the National Centre for Disease Control for genome sequencing to ascertain if they have the new variant, Omicron, which has been classified as a “variant of concern” by the World Health Organization.

A total of eight people from “at-risk” countries have tested positive for Covid-19 since stricter norms for international passengers came into effect on Tuesday (2) midnight.

The eight Covid positive travellers and two other passengers who showed “Covid-like symptoms” have been admitted to the Lok Nayak Hospital, where a dedicated ward has been set up for isolating and treating such patients.

According to the Centre, the countries designated as “at-risk” are European countries, including the UK, and South Africa, Brazil, Botswana, China, Mauritius, New Zealand, Zimbabwe, Singapore, Hong Kong and Israel.

Under the new norms, RT-PCR tests are mandatory for passengers arriving from the “at-risk” countries and they will be allowed to leave the airport only after the results come.

Also, five per cent of passengers arriving on flights from other countries will be subjected to the test randomly.