Ajay Devgn, Saif Ali Khan, and Kajol will be seen on the big screen in Tanhaji: The Unsung Warrior. It is a biopic on Tanaji Malusare, the military leader in the army of Chhatrapati Shivaji Maharaj. The trailer of the film has been released and it is simply fantastic.

The movie is high-on VFX and thankfully, it is not looking bad. It is visually grand and has some fantastic action sequences. Watch out for the sword fight scene between Ajay and Saif. While Ajay plays the role of Tanhaji, Saif will be seen as Uday Bhan. Saif’s performance is actually one of the best elements in the trailer. The movie also stars Kajol and the actress is amazing in it. It is good to see Ajay and Kajol together in a movie after a long time. The movie also stars Neha Sharma and we get a small glimpse of her in the trailer. Also, the background score in the trailer is damn good and it looks like the film will have some good songs that will make us shake a leg on it.

The movie is directed by Om Raut who makes his Bollywood debut with this film. After watching the trailer, we can say that Raut has surely come up with a very grand film. While the trailer has impressed us a lot, we hope that the movie also turns out to be good.

Tanhaji: The Unsung Warrior is slated to release on 10th January 2020. 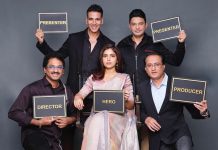 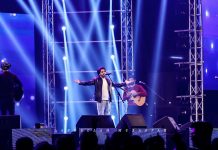 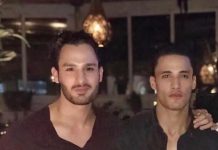