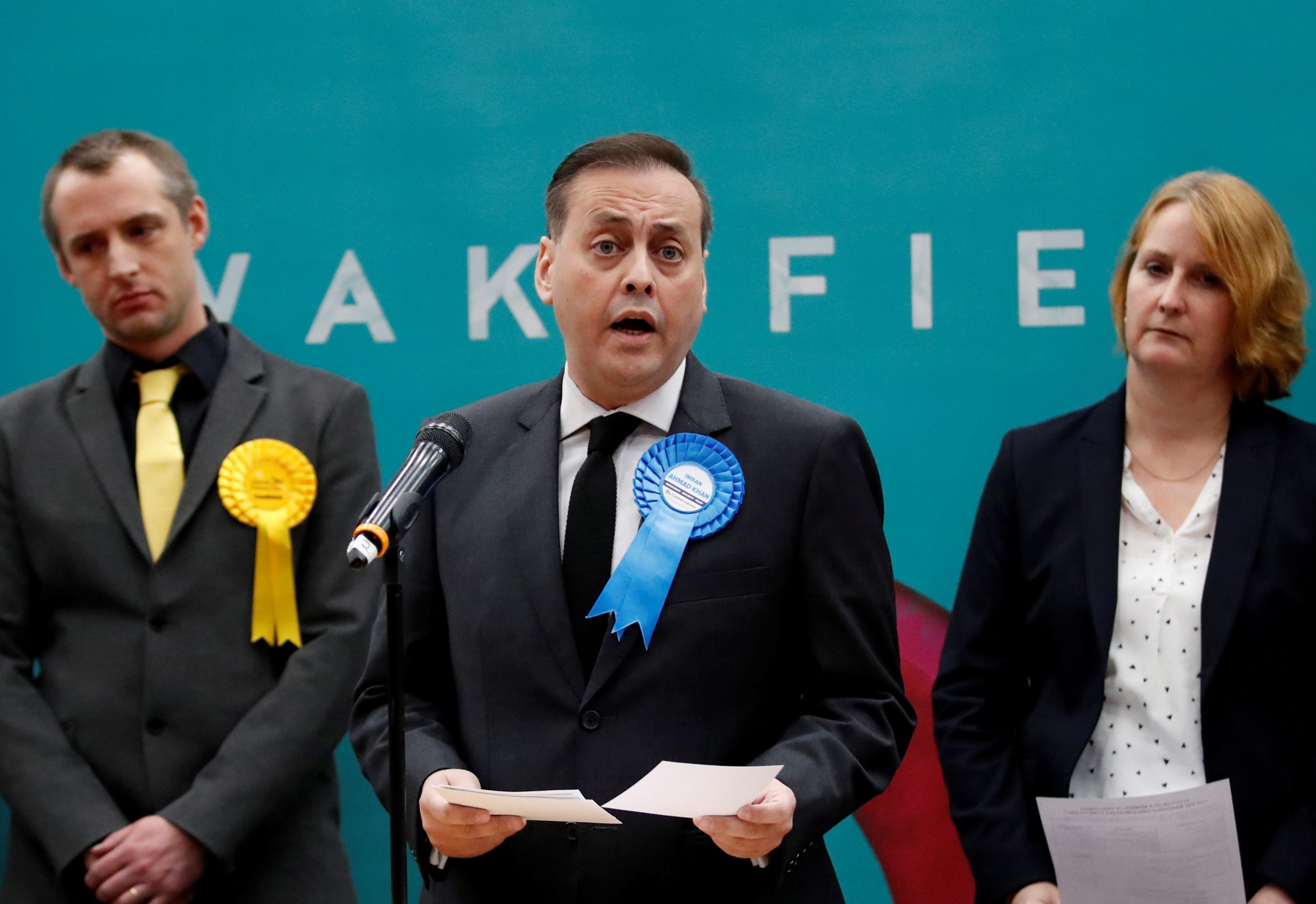 FILE PHOTO: Conservative Party candidate Imran Ahmad-Khan speaks after he is announced as the winner for the constituency of Wakefield at a counting centre for Britain’s general election in Wakefield, Britain December 13, 2019. REUTERS/Andrew Boyers/File Photo

A British MP faces trial over accusations he sexually assaulted a 15-year-old boy in 2008, it was revealed on Friday after reporting restrictions on the case were partially lifted.

Imran Ahmad Khan, 47, the Conservative MP for Wakefield, West Yorkshire, faces a single count of sexual assault against the individual, who has legal anonymity because of the nature of the alleged offence.

The MP, who was elected in 2019, appeared at Westminster Magistrates’ Court on Thursday via video link and entered a not guilty plea.

In a statement posted on Twitter on Friday, Khan confirmed an accusation had been made against him but vehemently denied the allegation.

“May I make it clear from the outset that the allegation, which is from over 13 years ago, is denied in the strongest terms,” he wrote.

“This matter is deeply distressing to me and I, of course, take it extremely seriously.”

The MP described being accused of something he did not do was “shocking, destabilising and traumatic”.

“Those, like me, who are falsely accused of such actions are in the difficult position of having to endure damaging and painful speculation until the case is concluded,” he said, asking for privacy as he worked to clear his name.

Khan is one of a number of northern Tory MPs who won seats in the 2019 election overturning decades of dominance by the opposition Labour party in its so-called “red wall” constituencies, delivering a large Conservative majority on the back of support for Brexit.

Before entering parliament, he worked for the United Nations as a special assistant for political affairs in Mogadishu.