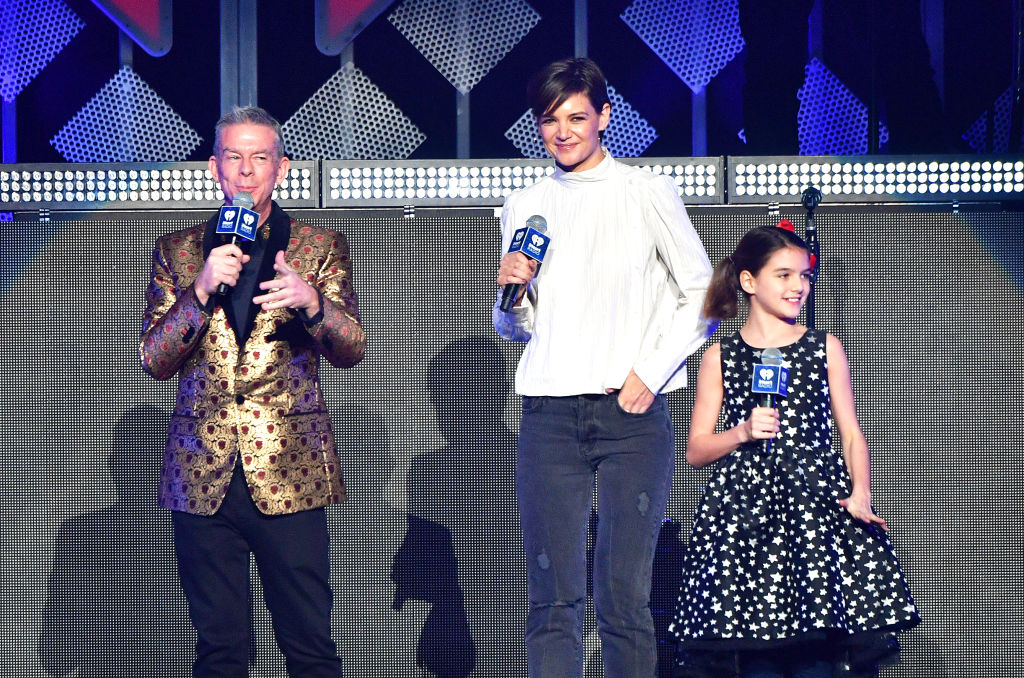 Hollywood stars Tom Cruise and Katie Holmes’ daughter, Suri Cruise, made her on-screen singing debut with the newly released movie ‘Alone Together’, which has been directed by her mother.

According to Fox News, in an interview with an entertainment news outlet, Holmes said, “I always want the highest level of talent. So, I asked her. She’s very, very talented. She said she would do it, and she recorded it, and I let her do her thing. That’s the way I direct in general. It’s like, ‘This is what I think we all want — go do your thing.'”

In ‘Alone Together’, Suri has sung a cover of ‘Blue Moon’, which plays during the opening credits of the film. Holmes told the outlet this will not be her daughter’s only on-screen singing gig.

“She actually did sing in ‘Rare Objects,’ which is the film we did last fall. Other than that, she’s a 16-year-old kid doing high school,” Holmes explained.

Cruise and Holmes were married from 2006 to 2012. Suri is their only child together, and Suri’s parents opted to keep her out of the public eye for the majority of her childhood, reported Fox News.

A romantic comedy set during the coronavirus pandemic, ‘Alone Together’ has been written and directed by Holmes, also starring Jim Sturgess.

The movie follows a man and woman fleeing New York City during the first wave of the pandemic in 2020. The duo ends up booking the same Airbnb and ultimately decide to stay at the upstate property together.

As per Fox News, Sturgess praised Holmes’ directing style and shared that she gives actors wide latitude when they are in front of the camera. “She gives you this incredible space between action and cut,” Sturgess said of his co-star.

He added, “She very rarely shouted, ‘Cut!’ actually. You’d think the scene had ended and she just kind of left it hanging. I love that she was always searching for those little nuggets of authenticity.”