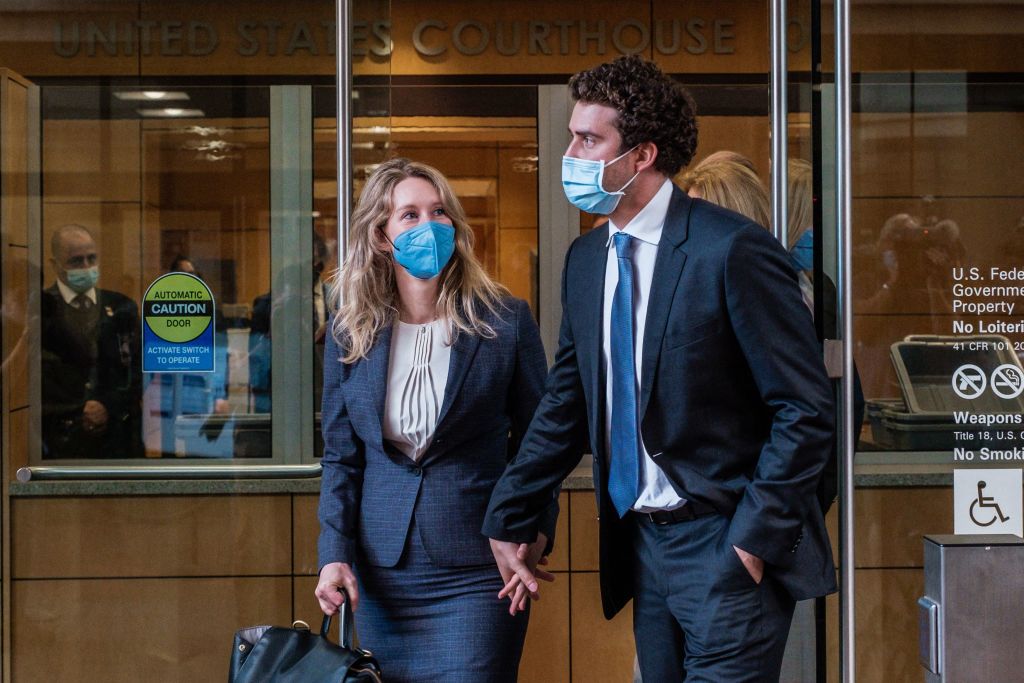 Elizabeth Holmes (L), founder and former CEO of blood testing and life sciences company Theranos, leaves the courthouse with her husband Billy Evans after the first day of her fraud trial in San Jose, California on September 8, 2021. (Photo by NICK OTTO/AFP via Getty Images)

FAILED blood-testing start-up Theranos recruited boss’s dermatologist as laboratory director, the criminal fraud trial of founder Elizabeth Holmes has heard, according to a report in The Times.

In November 2014, Balwani asked him whether he would temporarily serve as the laboratory director.

Last week, Dhawan testified that he had searched online for information about Theranos before agreeing to serve in the position, The Times report added.

Dhawan recalled visiting the Theranos lab a handful of times, according to the testimony reported by The Wall Street Journal.

According to the testimony, he worked just “five or 10” hours at Theranos between November 2014 and the early summer of 2015. Headded that he didn’t interact with any patients, doctors or Theranos employees during that time.

Lawyers for Holmes argued that Dhawan was not the only person undertaking the laboratory director role for Theranos at the time of his stint at the company.

They showed how the name Lynette Sawyer had been added to its laboratory licence in November 2014. However, Dhawan said he did not know who she was.

Last week, jurors also heard from former executives of the two major retailers that inked deals with Theranos, as well as the beginning of testimony from a former employee who was involved in its critical Walgreens partnership and device demonstrations, media reports said.

Holmes’ trial happens in San Jose, California, and is expected to run until mid-December.

Theranos, founded in 2003, promised to revolutionise healthcare with technology that it said needed only a few drops of blood from a pinprick on a finger to conduct hundreds of medical tests.

At its peak, it was valued at more than $9 billion. It closed in 2018 amid one of the biggest corporate scandals in recent memory.

Balwani, 56, who is Holmes’ former boyfriend, faces the same charges and is due to go on trial in the new year. He also has pleaded not guilty, The Times report added.