The life and times of a master storyteller 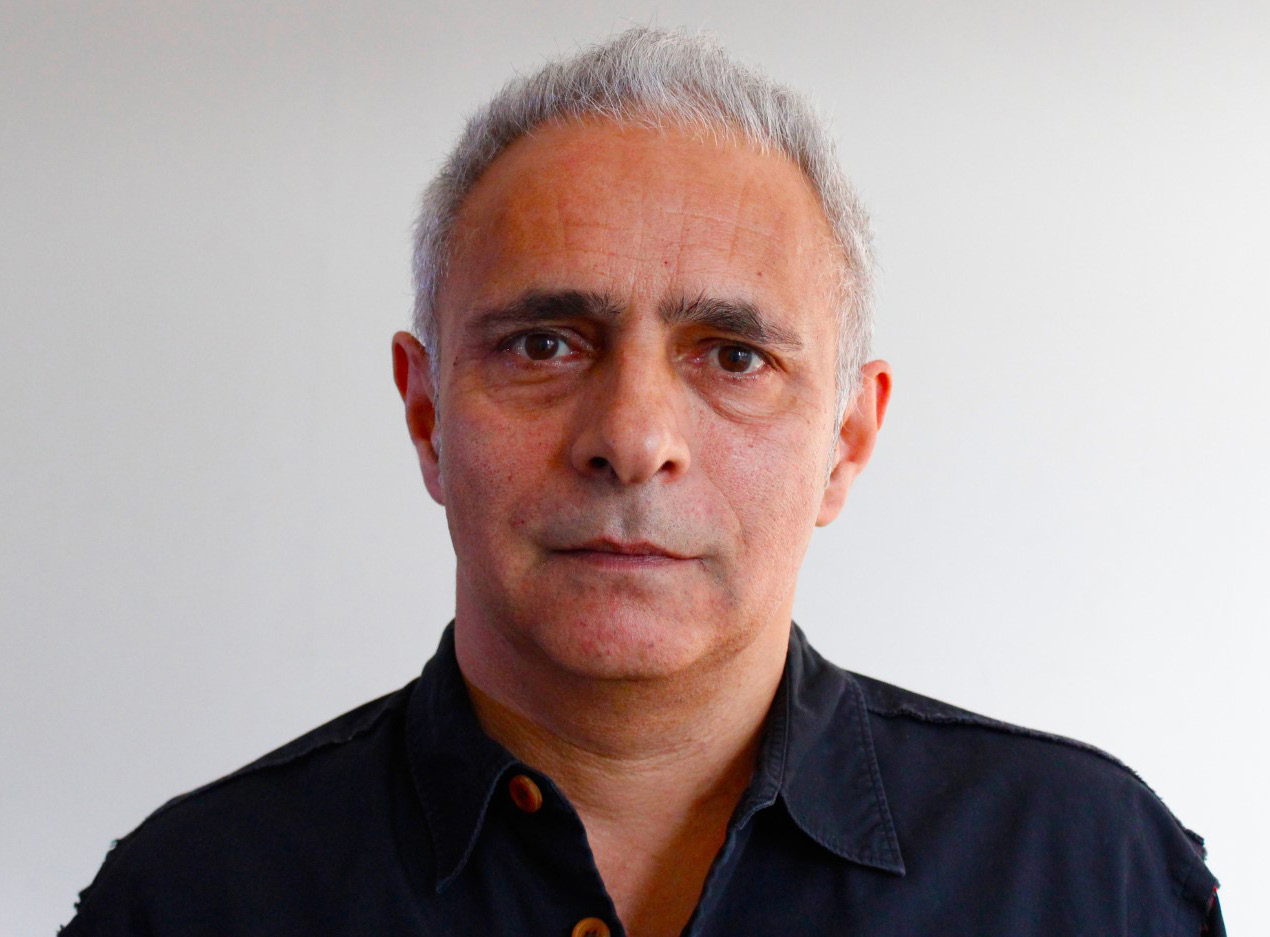 Acclaimed writer Hanif Kureishi has left a permanent mark on the literary landscape.
But more than being a great writer, the creative genius smashed glass ceilings and inspired a generation with boundary-breaking work that includes his Oscar-nominated screenplay for My Beautiful Laundrette.

That 1980s-set story of a young man caught in the cross-fire of right-wing politics, family duty and forbidden love, was a landmark movie and one that he has now adapted for the stage in a stunning new production, which recently embarked on a UK tour.

The theatre play marks the latest chapter in the extraordinary journey of the decades-old story, relevant even today and a writer who remains an important voice.

Eastern Eye caught up with Hanif Kureishi to speak about his journey, My Beautiful Laundrette and the advice he would give young writers.

How do you look back on your incredible journey as a writer?
Well, I’m amazed I made a living as a writer when I see how hard it is for young people to make a living as writers. I spent my whole life as a writer and did what I love. It amazes me that coming from a lower middle class, mixed-race background I was able to become a successful writer. And also, what a great pleasure it’s been for me to work at doing something I love to do. And also, during interesting times in the post-war period here, it wasn’t easy.

What about today?
Now I’m very keen to hear from new voices and what’s going on at the street level. Because it’s been really interesting, certainly since, you know, the fatwah, rise of Islamism, gay rights, all of which I’ve written about with interest, which I think is still very relevant. My Beautiful Laundrette is over 30 years old, but during rehearsals it still feels quite modern. So I’m really excited to hear what people have to say about this.

Have you been able to tell if a piece of writing would be special while creating it?
No, you don’t know and hope for the best. You might have a thousand good ideas. But, you have got to sit down and start to work on it. You can work on the idea over and over, but some don’t turn out to be so good. So you stop working on that and try something else, or you might integrate the idea into other ideas. Or it might just be a bad idea. But you never know in advance and can’t pre-empt it. It’s like being in a relationship with somebody that might have seemed like a good idea that night, but in the end, it’s not. You can only find out by experimenting. So, you have to keep going. Yes, sometimes you struggle and sometimes have to abandon it. That’s how things go. But you have to remain optimistic as you don’t know which way it’s going to go.

Along with being a celebrated writer, you also teach. Tell us about that?
I’m a professor at Kingston University and sometimes work with students (individually). I’ve always been a teacher. I was taught to be a teacher at the Royal Court Theatre. You know, the work we do in theatre and with film, something has to be passed on to other people. For me, it’s a great pleasure as I really enjoy talking about writing. What is the story? How does this story move forward once started? Talking about the characters clarifies what I’ve been thinking about.

What initially led you towards My Beautiful Laundrette?
I’d been working in the theatre since I left university. Then Channel 4 started, and they asked me to write a movie, which I’d never done before. I started working on this story and about all the things I was thinking about at that time, which was Thatcherism, sexuality and my childhood of growing up in the suburbs, where many of my friends became skinheads. The idea of skinheads was a major subculture. And, of course, coming from a Pakistani background, I felt very alienated with all that. So, I wrote a love story between a gay skinhead and gay Pakistani boy, who want to try to make it under Thatcherite capitalism. That seemed to me to be a great metaphor for myself and for what was going on.

Did you find that writing about it was healing?
I guess you could say that. I mean, the healing is to articulate it into words and speak to other people to make sure your community is aware of what’s going on.

When could you feel that it would be a special piece of writing?
I went to the Edinburgh Festival with Daniel Day-Lewis and we showed it to people there and it just worked. Does this speak to the public in some way? You write to have an
effect on the public. And that completes the circle. You write for yourself initially, but it’s only complete when you get something in exchange, otherwise, it’s like talking to yourself.

Writers are not always satisfied with film versions of their work. How did you feel about the film My Beautiful Laundrette?
I was amazed by it. It reached a huge audience. It was really good that it was saying things that hadn’t really been said before. Not only was it speaking about gayness in the south Asian community, but gayness in general. It shocked people and became an international hit covering North America and Europe. And that’s when I realised I was saying something at that time that was ahead of the curve.

But, how do you feel about the fact it is still popular and themes still relevant?
It’s devastating, I think. Well, partly because our community has gone backwards. I think the rise of so-called Islamism and fundamentalism in adhesion to religion has made it almost impossible for our community to mature. And this has a devastating effect on our young people.

How do you feel about the stage adaptation and tour?
Oh, it’s really good and a lively show. It’s going to be brilliant. The actors are very good. The two boys put on a really sexy show. The characters, Omar and Johnny, are beautiful. We have got some new music as well. I managed to persuade the Pet Shop Boys to give us
some new music. I’m excited about it. It’s going to be great for the Muslim and gay communities; it will unite them. Gays and Muslims have been in the same boat for so many years; despised and excluded.

How was it rewriting My Beautiful Laundrette for the stage adaptation?
I wrote it when I was 28 and I’m now 65, which was a bit odd. Going back to it was difficult, but I’ve loved it. It’s been really good fun working with director Nikolai Foster. I’ve added new material, more jokes and longer scenes. There is a lot more humour in it. I think it’s very funny. I think those two boys are really sexy and getting some sexy scenes between them is great. The show will be a lively night out with good music too.

Which of the many stage, TV and theatre adaptations of your work have you enjoyed the most?
I like them all in different ways. You know, when you’re writing your own movies and plays you hand them over to other people and enjoy what they do with it. So, it’s always a pleasure of mine. At the moment, I’m looking at a novel I wrote in the 1990s called The Body. I think that’s being made into a TV show in the US and will probably turn up on a TV channel or Netflix. It’s very exciting to see what other people make of your work.

Tell us, what keeps you so motivated today?
I’m still optimistic. I’m writing a short story set in the middle of Brexit about families that have been falling out over it. It is a shame that our communities in some ways have much in common with the far right. And that’s why you have to keep fighting and educating.

Looking back, would you have done anything differently?
Everything that I’ve done sort of happened by chance. Once somebody asked me to write a movie and I got some money. Then I wrote a novel and another, like The Black Album, which explores Muslim fundamentalism and the fatwa issued against Salman Rushdie. It all happened by chance and by following my instinct to work out of pleasure. We have to teach young people to not resist their pleasure; it is a great guide.

Tell us, what advice would you give aspiring writers?
You have to write. You have to write a lot. Two of my children are in their 20s and are writers, and it’s going to take time for them to breakthrough. Like, with any industry, perseverance is key as it is in writing, but you also need to know when to give up at the right moment and not torture yourself.

What is the best advice you ever got?
I come from a literary family. My father and uncle were journalists, so becoming a writer wasn’t weird in my family and I didn’t face any resistance. So, they encouraged me to do what I wanted and follow what I love, which is writing. We, the south Asian community, are highly creative especially in music and fashion and have one of the greatest writers of our age, Salman Rushdie. And the filmmaking industry in India is incredible, we should be proud of our artists.