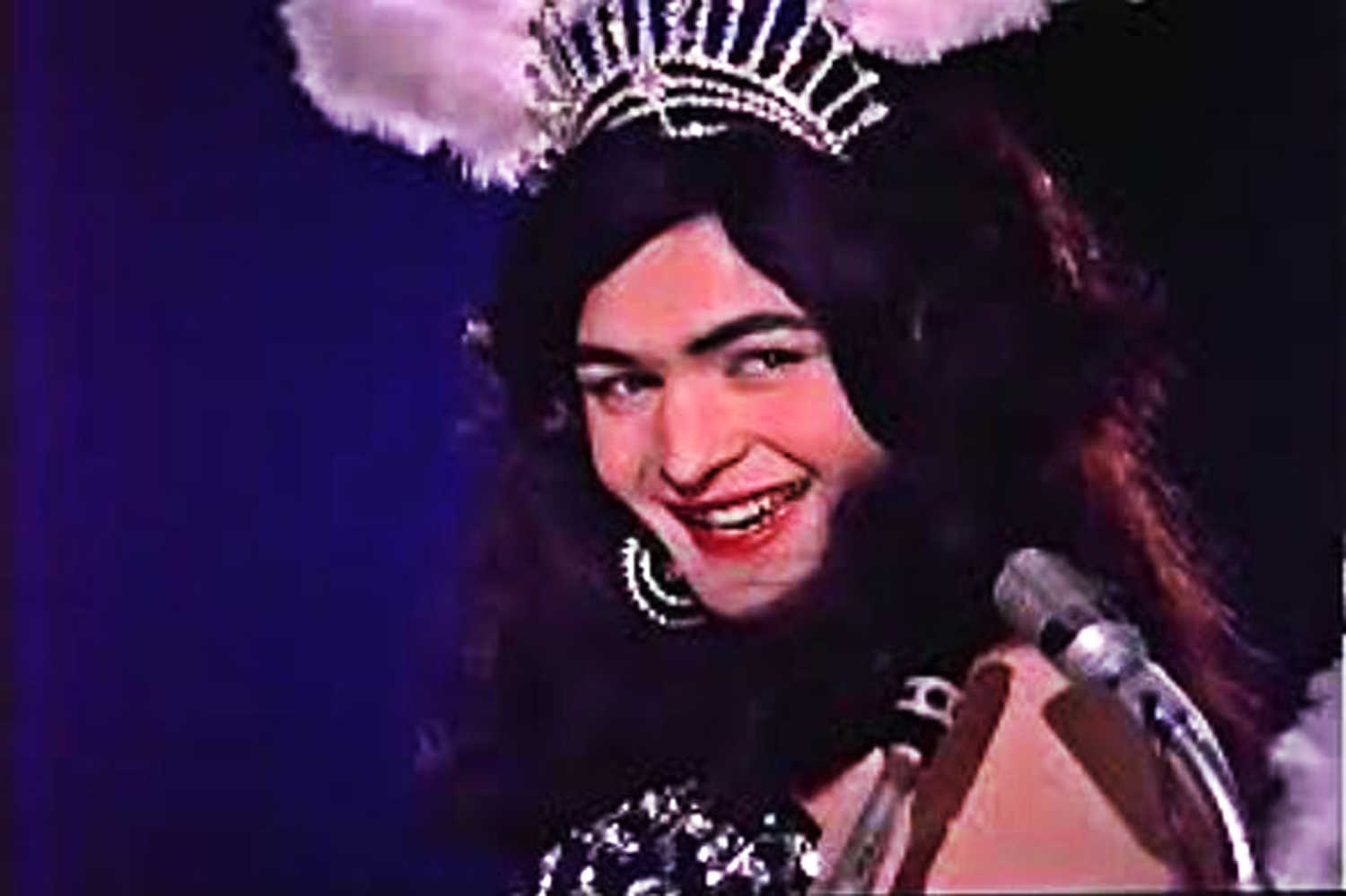 NEW Bollywood film Laxmmi Bomb revolves around a guy who gets possessed by a female ghost and starts acting effeminate, including in the way he dresses.

The remake of Tamil language comedy-horror Muni 2: Kanchana sees Akshay Kumar pack away his action hero image and dress up in drag for the role.

This isn’t the first time a Bollywood hero has dressed up in drag on-screen and with that in mind, Eastern Eye got all glamorous to find the 12 most memorable moments of male actors dressing up as a female, in chronological order. 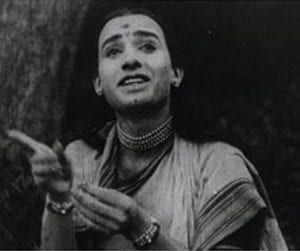 Raja Harishchandra (1913): The greatest moment of a male dressing up in drag happened in India’s first feature film because it helped found Bollywood. Director Dadasaheb Phalke was unable to find a leading lady for his pioneering film venture because all the females he approached thought it was too disrespectful to act in front of a camera. Then by chance he met a male cook’s assistant named Anna Salunke, who willingly dressed in drag and became India’s first leading lady. 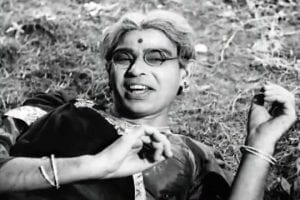 Bewaqoof (1960): Many comedians in the early days of cinema, including Johnny Walker and Mehmood, dressed up in drag. One funny man who perhaps didn’t get the credit he deserved was IS Johar, who would later make a mark in Hollywood. As the writer, director and producer of this classic comedy, he gave himself a hilarious supporting role. This included a song and a subsequent comedy sequence where he dresses up in drag to fool two older men. The funny sequences of him dressed up as a woman went down a storm and would inspire other funny men to play fake seductresses. 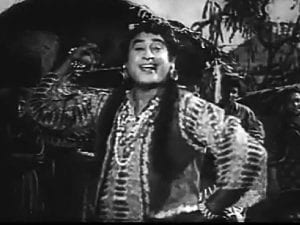 Half Ticket (1962): The classic comedy featured the song Aake Seedhi Lagi, which was a unique duet that saw Kishore Kumar sing both the male and female vocals in different tones. While he delightfully dressed up in drag and performed the female vocals, legendary villain Pran mimed to the deeper male voice. The result is a unique Bollywood number that showed Kishore Kumar singing in two voices and showing off his comedic flair in drag. 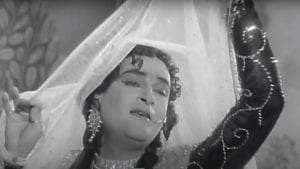 Bluff Master (1963): Legendary actor Shammi Kapoor added sex appeal to the Bollywood leading man and became a pin-up for a new rock ’n’ roll generation getting inspired by the west. That is why it came as somewhat of a surprise when he dressed up in drag and had a sing-off with leading lady Saira Banu, in what turned out to be a seriously catchy song. The look was completed with him miming to the voice of Shamshad Begum in the Chali Chali Kaisi Hawa song. 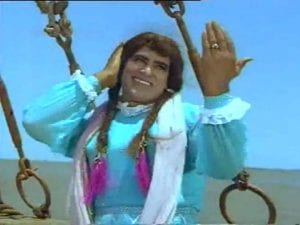 Lootera (1965): During the 1960s, towering wrestler turned actor Dara Singh made a name for himself as an action hero in B-movies and would regularly flex his giant muscles. That is why it came as a major surprise when the manliest Bollywood man dressed in drag for a song featured in the film. He didn’t remain in drag for long and carried on kicking butt in this adventure, but surprised audiences. 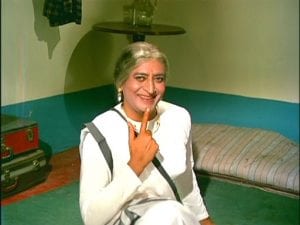 Jangal Mein Mangal (1972): Legendary villain Pran was famous for transforming himself in films and trying out dramatically different looks. His chameleon like quality went a step further in this film when he shocked audiences by dressing up as an elderly woman and performing the song Chhori Mujhko Hua Tujhse Pyar. The man who had terrorised Bollywood fans for decades showed a whole different side to himself as he effortlessly mimed to the vocals of Asha Bhosle.

Rafoo Chakkar (1975): The Bollywood remake of classic Hollywood comedy Some Like It Hot revolves around two out of work musicians who witness a murder and escape the villains by dressing in drag to join an all-female band. The comedy of errors sees Rishi Kapoor and Paintal as the two men, in drag who have contrasting romantic fortunes, with one falling in love with a sexy band member and the other being chased by a man, who thinks he’s a woman. 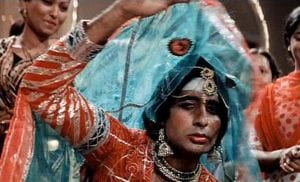 Laawaris (1981): By the time this action-drama released, Amitabh Bachchan was the undisputed king of Bollywood and predominantly associated with action movies. So it came as a shock when audiences saw him put on different types of female attire for the song Mere Angne Mein and act like a whole range of women. The song became a classic and Big B’s act of wearing drag in a song remains unmatched by other A-list male stars. 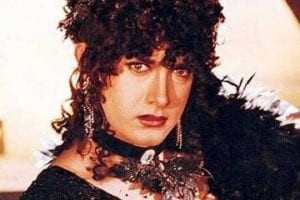 Baazi (1995): Aamir Khan has always liked surprising his audiences and did exactly that with this action film. Right in the middle of playing a fearless police officer, he convincingly dressed up in drag and performed the song Dole Dole Dil Dole, complete with the vocals of Kavita Krishnamoorthi, to get close to the bad guys. Paresh Rawal even tries to seduce him post the song before he reveals his identity and beats him up. 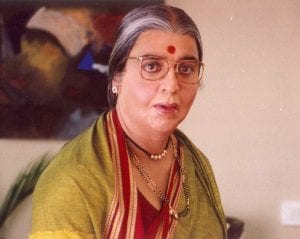 Chachi 420 (1997): The most entertaining incident of a big named hero in drag came in this Bollywood remake of Hollywood film Mrs Doubtfire. Kamal Hasaan plays a divorced father without visitation rights who dresses up as an elderly nanny, so that he can spend time with his beloved daughter. Hasaan is simply brilliant in the laugh riot and pulls off the act of playing a female hilariously well. 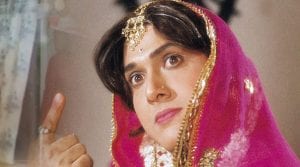 Aunty No 1 (1998): During the nineties, Govinda was the king of Bollywood comedy, so it was always going to be inevitable that he would dress up in drag and star in a story like this. The comedy of errors sees him play an aspiring actor, who is hired to dress up as an aunty and things soon get out of control when two older men fall in love with him. 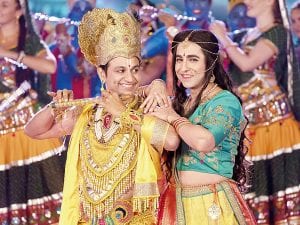 Dream Girl (2019): The unique Bollywood comedy revolves around an actor who dresses up as women for stage plays and then uses his ability to do a convincing female voice to get a job in an adult call centre. It isn’t long before his female persona of Pooja has a string of men falling in love with her, including his own father. Ayushmann Khurrana is superb as he does everything from dressing in drag to using a female voice to woo unwitting men calling a premium rate phone number. 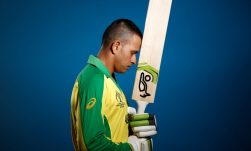 CRICKET
Usman Khawaja speaks out on 'racial vilification', branding of Asians as 'lazy' 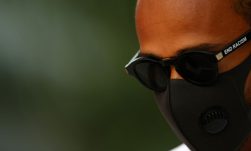 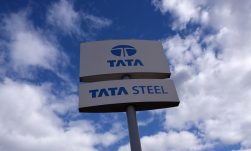 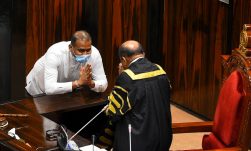 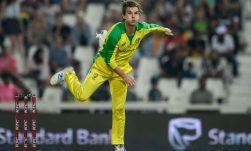 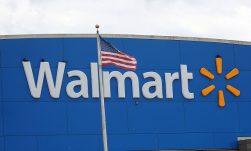