The Apprentice race row rages on 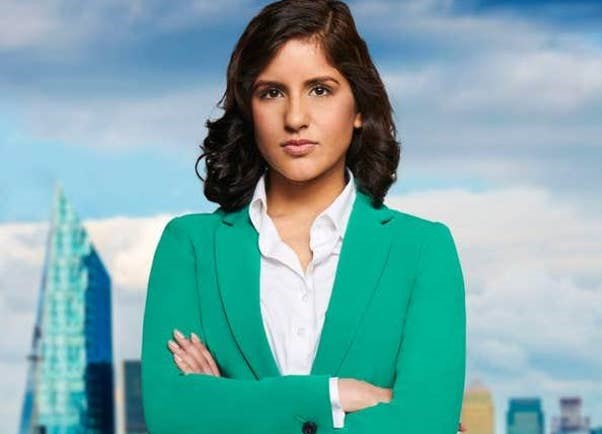 THE current season of The Apprentice has been under fire for firing candidates from BAME communities, and the show once again caused outrage by firing yet another from an ethnic minority group on Wednesday.

Iasha is the fifth BAME candidate to be axed, following the likes of Shahin Hassan, Kenna Ngoma, Souleyman Bah and Lubna Farhan.

“Lol so are they literally JUST firing the people of colour this series or…?” one person tweeted, while another posted: “Oh, we’re back to the ethnic firing. Fun.”

Following her exit from the show, Iasha told MailOnline the whole thing “came as a shock.”

She admitted: “I thought that I was doing well. But I think, from a business perspective, it was a fair decision. From a character perspective I didn’t stand out enough I guess.

“I am so so gutted that I went out but I think, being a kind person, I got sidelined a bit. I know that I am fair and ethical and I believe in being nice in business.

“Kindness is important in business – but it’s less fun to watch. It’s a shame that the process is like that, but I know I’d rather watch drama than a nice person.”

Iasha also said she was happy to have been a part of the breaking an Apprentice record by being project manager when their team secure over £1million in sales.

As for who will be the next to go, Iasha considers Dean a possible target.

“I think Dean is quite a weak candidate, especially from a business perspective. I don’t think he has good business acumen,” she was quoted as saying.

“His age is probably a big factor in it, because I’ve got seven more years on him. Just to think of the amount of experience I’ve got in the last five years alone is incredible.”