The nine athletes and a manager vanished after completing their events. 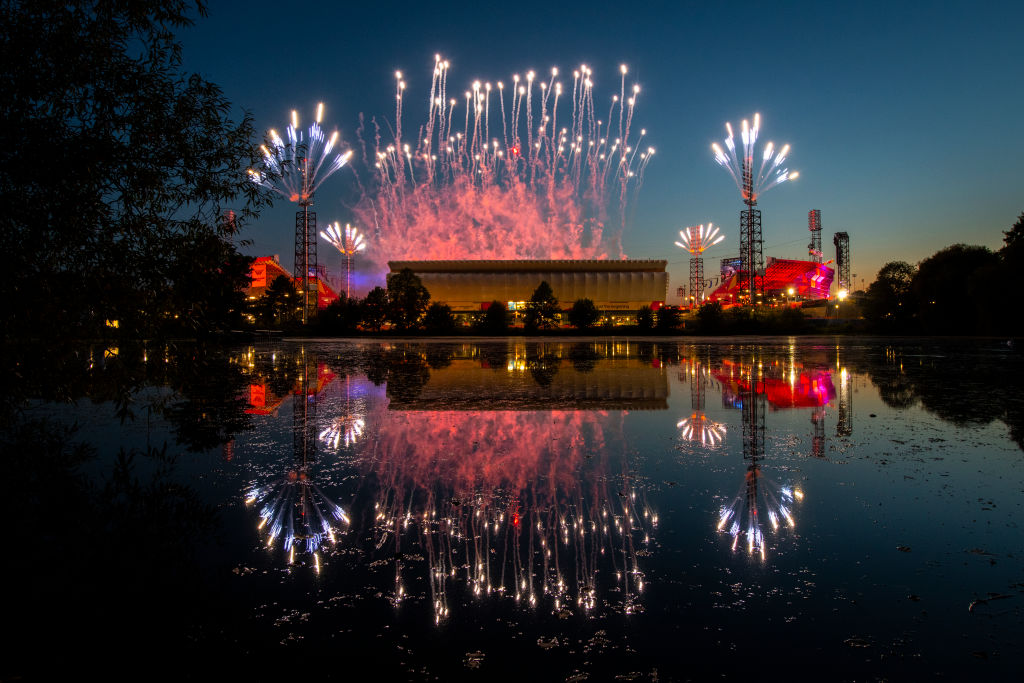 A general view of fireworks during the Birmingham 2022 Commonwealth Games Closing Ceremony at Alexander Stadium on August 08, 2022 on the Birmingham, England. (Photo by Justin Setterfield/Getty Images)
Follow Us

Ten members of crisis-hit Sri Lanka’s Commonwealth Games contingent in Birmingham have disappeared in a suspected attempt to remain in Britain, a top sports official told AFP on Sunday.

The nine athletes and a manager vanished after completing their events, the Sri Lankan official said, requesting anonymity.

That prompted a police complaint by the Sri Lankan officials.

“Since then, another seven have vanished,” the official said, without identifying them.

“We suspect they want to remain in the UK, possibly to get employment.”

The 160-strong Sri Lankan contingent’s management possessed the passports of all members to ensure they returned home.

That failed to deter some from leaving.

British police located the first three that disappeared, but as they had not violated local laws and held visas valid for six months, no action was taken, the Sri Lankan official told AFP.

“In fact, the police got us to return the passports that we were holding as a deterrent against defections,” the official said.

“The police have not told us about their whereabouts.”

Britain’s West Midlands police force, which covers Birmingham, said it was looking into reports of six Sri Lankans going missing from the Games, and said “enquiries continue to ensure they are safe and well”.

The force declined to comment further, including on the claim of there being 10 missing people in total, and the UK interior ministry also refused to comment.

Sri Lanka had won one silver and three bronze medals at the Games as of Sunday evening.

Sri Lankan athletes have been reported missing from international events in the past.

In October last year, Sri Lanka’s wrestling manager abandoned his team and disappeared in Oslo during a world championship tournament.

During the 2014 Asian Games in South Korea, two Sri Lankan athletes made a run for it and were not found.

And in 2004, when Sri Lanka did not even have a national handball team, a 23-member group pretending to represent the country conned their way to a tournament in Germany and disappeared.