Tax cuts only after public finances are fixed: Sunak 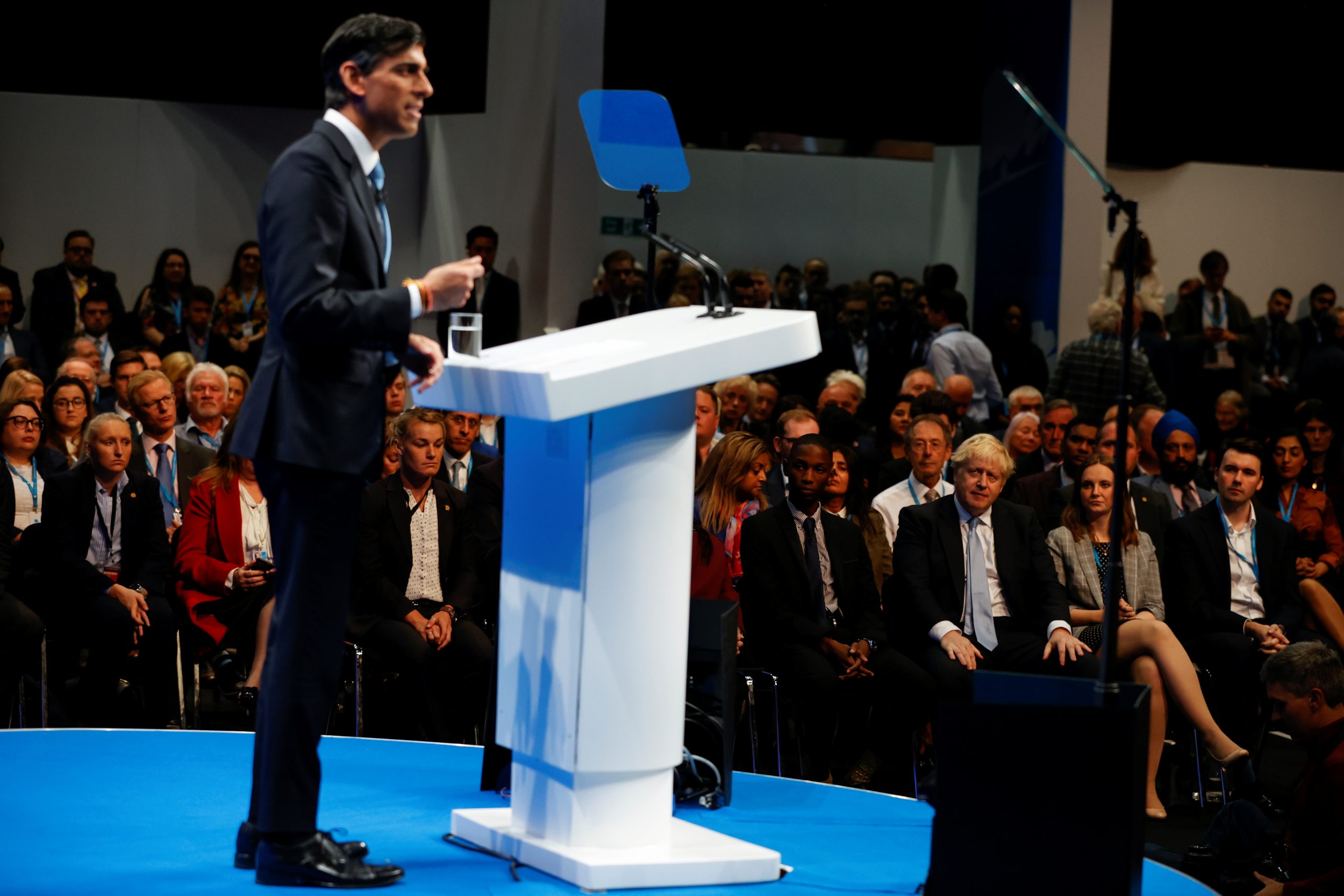 Britain’s chancellor of the exchequer Rishi Sunak delivers a speech during the annual Conservative Party conference, in Manchester, Britain, on October 4, 2021. (REUTERS/Phil Noble)

RISHI Sunak said on Monday (4) that tax cuts could only come once public finances were put on a sustainable footing.

Last month the UK government set out plans to raise taxes on workers, employers and some investors to try to fix a health and social care funding crisis.

Speaking to a packed hall at the governing Conservative Party’s annual conference in Manchester, the chancellor of the exchequer said he believed in fiscal responsibility.

“There can be no prosperous future unless it is built on the foundation of strong public finances. And I have to be blunt with you, our recovery comes with a cost. Our national debt is almost 100 per cent of GDP. So we need to fix our public finances,” he said, after entering to a standing ovation.

“Yes, I want tax cuts, but in order to do that our public finances must be put back on a sustainable footing.”

“Forecasters were predicting unemployment to reach 12 per cent,” he recalled of the early days of the lockdown, when, he said, “it really did feel like the world was collapsing.

“The forecasts were wrong. The unemployment rate is at less than five per cent and falling.

“It wasn’t that the forecasters had bad models. It’s just their models did not take account of one thing, and that was this Conservative government and our will to act,” he said.

Now the focus was on “providing the support and skills people need to get into work and get on in life”.

Addressing the fiscal conservatives in the audience, Sunak said he wanted tax cuts, but that the “recovery comes with a cost” that needs to be repaid.

Sunak will give a half-yearly update on the public finances and economic outlook on October 27, when he is also expected to outline longer-term public spending plans after his massive coronavirus pandemic stimulus package.

But separate indicators point to a growth slowdown, as the country struggles with a supply chain bottleneck and global inflationary pressures that have sent fuel prices rocketing.

The government is grappling with a spate of panic-buying at petrol stations caused by a shortage of tanker drivers, and has mobilised the army to help.

Businesses blame the driver shortage on the government’s hardline approach to Brexit, which stopped a flow of workers from eastern Europe, but ministers say the pandemic is to blame.

Arjun Kapoor to star in a film titled The Lady…