Seventy per cent of the UK workers will pay less National Insurance, even after accounting for the Health and Social Care Levy. 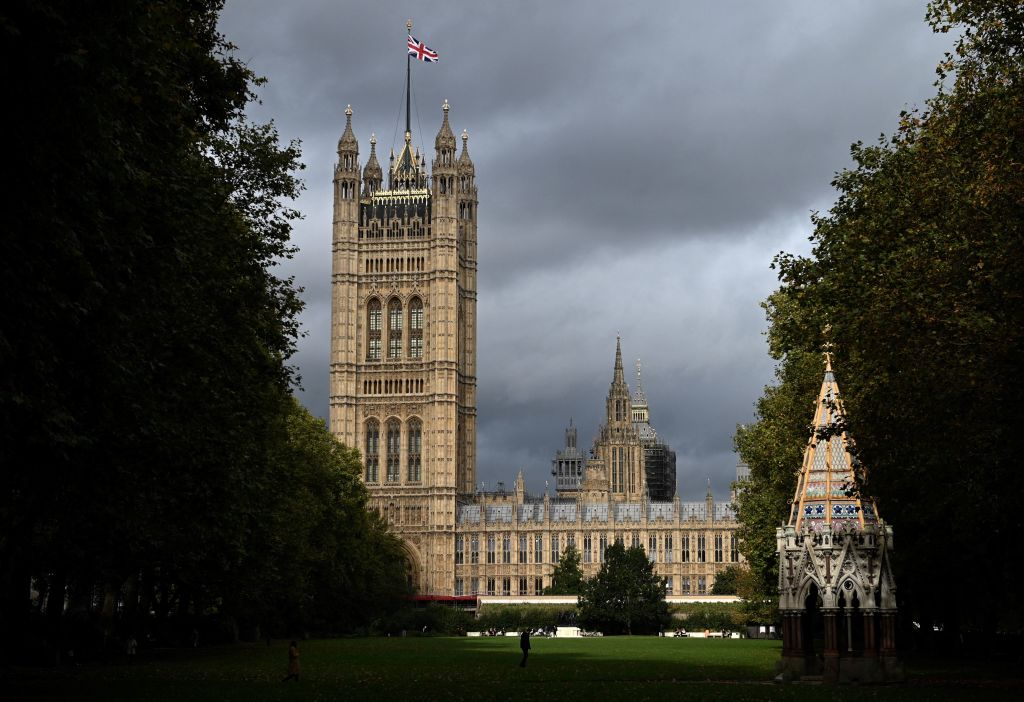 The Houses of Parliament are pictured in central London on October 26, 2021. (Photo by DANIEL LEAL/AFP via Getty Images)
Follow Us

THIRTY million people across the UK will benefit from the biggest personal tax in a decade starting Wednesday (6) – with hard working Brits saving up to £330 per year.

The £6 billion tax cut will see the level at which people start paying National Insurance rise to £12,570 – lifting 2.2 million people out of paying any personal tax and ensuring people get to keep more of the money they earn.
The threshold change also means that 70 per cent of UK workers will pay less National Insurance.

Rishi Sunak, the former chancellor of the exchequer who stepped down on Tuesday (5), said, “I know rising prices are putting pressure on hard-working families across the UK – which is why we’ve stepped in to help to ease the burden with a £37 billion package of support this year, including at least £1,200 going directly to the 8 million most vulnerable families.

“Today marks the next stage in that package, with the biggest personal tax cut in over a decade coming in to help millions of workers across the UK keep up to £330 more each year,” he added.

British prime minister Boris Johnson said, “We know it’s tough for many families across the UK, but we want you to know that this government is on your side.

“Today’s tax cut means around 70 per cent of British workers will pay less National Insurance – even after accounting for the Health and Social Care Levy that is funding the biggest catch-up programme in NHS history and putting an end to spiralling social care costs.

“So whether you are a receptionist, work in hospitality or are a delivery driver, this tax cut is likely to make you and your family better off.”

From Wednesday, the level at which people start paying National Insurance has risen from £9,880 to £12,570.
This change means that millions of people working across hundreds of different industries across the UK will now be better off.

Workers can check their salary in the government’s online tool to estimate the amount they could save between July 2022 and July 2023.

The last major personal tax cut of this magnitude was nearly 10 years ago, when the income tax personal allowance increased by £1,100 in 2013. The latest threshold change is more than double that, as working people are now able to hold on to an extra £2,690 free from tax.

Today’s change to National Insurance thresholds comes as part of the former chancellor’s wider vision for a lower tax economy.

At the Spring Statement, Sunak announced a 1p income tax cut in 2024 – which will be the first cut to the basic rate in 16 years and will save the average taxpayer a further £175 a year. The former chancellor also committed to cutting and reforming business taxes later this year in the autumn, to help spur business growth and productivity. The government is currently working with industry on how best to do that.

The latest landmark personal tax cut also comes as the government launched new Help for Households campaign designed to raise awareness and signpost people to the £37 billion in support on offer and targeted at those most in need. The support provides millions of the most vulnerable households at least £1,200 of support in total this year to help with the cost of living, with all domestic electricity customers receiving at least £400 to help with their bills.

It also includes a 5p fuel duty cut – the biggest cut ever to fuel duty rates, a rise in the national living wage to give full time workers an extra £1,000 and a cut to the Universal Credit taper rate to provide over 1 million families an extra £1,000.

The NICs threshold change takes effect following the government making tough but responsible decisions to manage the public finances responsibly and choosing not to saddle future generations with almost £400 billion of debt used to protect jobs and the economy during the pandemic – worth around £5,500 for every person in the UK.