Hard-liners appear to hold sway in the Taliban-led administration, which struggles to govern and remains internationally isolated. 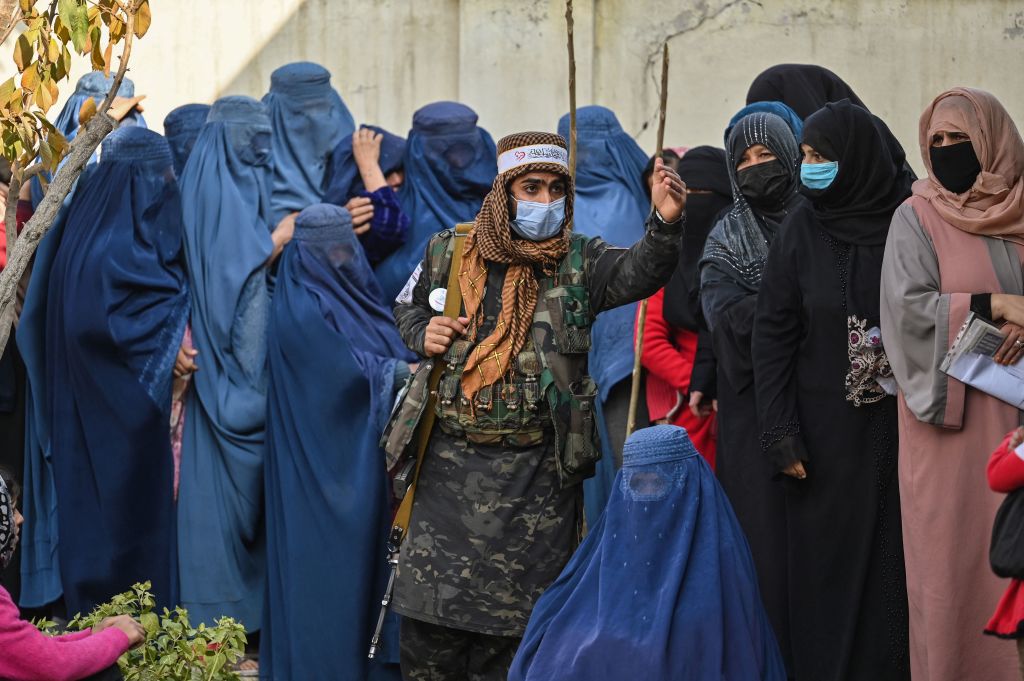 A Taliban fighter (C) stands guard as women wait in a queue during a World Food Programme cash distribution in Kabul on November 29, 2021. (Photo by HECTOR RETAMAL/AFP via Getty Images)
Follow Us

The Taliban is banning women from using gyms in Afghanistan, an official said on Thursday, the religious group’s latest edict cracking down on women’s rights and freedoms since they took power more than a year ago.

The Taliban overran the country last year, seizing power in August 2021. They have banned girls from middle school and high school, despite initial promises to the country, restricted women from most fields of employment, and ordered them to wear head-to-toe clothing in public.

A spokesman from the Ministry of Virtue and Vice said the ban was being introduced because people were ignoring gender segregation orders and women were not wearing the required hijab, or head covering. Women are also banned from parks. The ban on women using gyms and parks came into force this week.

Mohammed Akef Mohajer, a Taliban-appointed spokesman for the Ministry of Vice and Virtue, said the group had “tried its best” over the past 15 months to avoid closing parks and gyms for women, ordering separate days of the week for male and female

Taliban teams will begin monitoring establishments to check if women are still using them, he said. Hard-liners appear to hold sway in the Taliban-led administration, which struggles to govern and remains internationally isolated.

An economic downturn has driven millions more Afghans into poverty and hunger as the flow of foreign aid has slowed to a trickle.