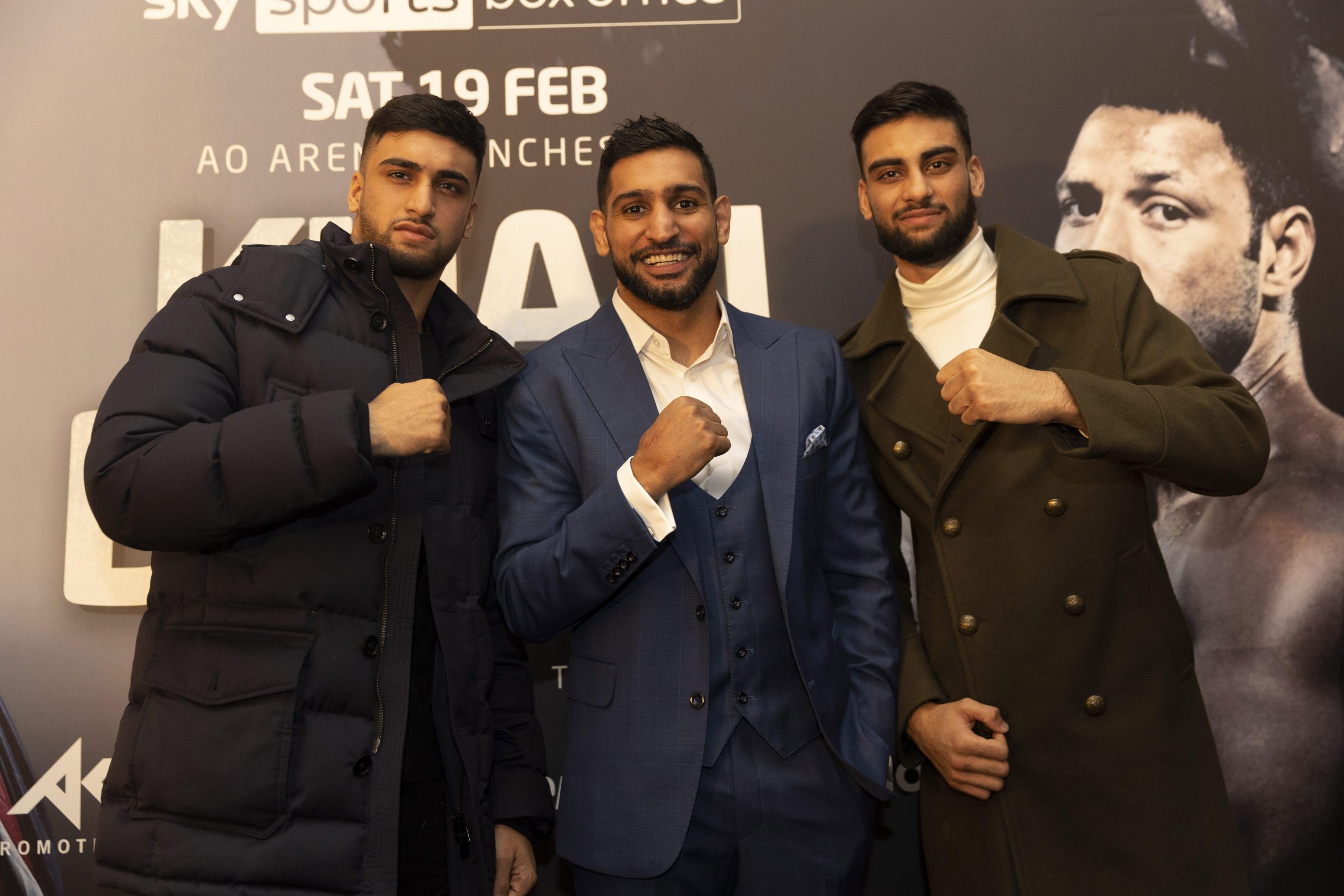 TALENTED boxing brothers Adam and Hassan Azim have been added to the sold out blockbuster Amir Khan vs Kell Brook fight on February 19 at the AO Arena Manchester.

Both the brother duo have been sensational in the ring when Adam floored Stu Greener last month to a second round stoppage while older sibling Hassan made a historic pro debut with a stunning one punch knock out of Ivan Njegac.

They will join unbeaten Cruiserweight talent and social media uber influencer Viddal Riley, who will be part of the event with more names expected to be included in the card as the event draws nearer.

Khan vs Brook card will give Adam and Hassan the platform to showcase their talent and kickoff the 2022 season in style. The Khan vs Brook was sold out in record time to become the fastest selling boxing event in recent times.

A massive opportunity for both the brothers to feature as Amir’s undercard when they picked up boxing looking up to Amir as their idol, who became Britain’s first Asian boxing superstar by winning Olympic silver medal in 2004 at just 17, and also going on to become a two-time world champion.

Adam and Hassan have won 16 National amateur titles between them and like amir want to inspire the next generation of Asians to pick up boxing.

“I am absolutely ecstatic to be part of the huge BOXXER event on the 19th February 2022 at the AO Arena Manchester. I remember watching Amir Khan as a mesmerised six-year-old, I cannot believe 13 years later I would be fighting on Amir Khan’s undercard. It’s a dream come true. I hope that we can have the same effect that Amir had on us and get more youngsters into boxing,” Adam was quoted as saying.

Hassan added, “It’s a privilege to be on the Amir Khan vs Kell brook undercard. I became a boxing fan because of Amir Khan and I cannot comprehend the excitement of now fighting on the undercard. Thank you to First Access, Sky Sports and BOXXER for making my dream come true.”

BOXXER founder and CEO Ben Shalom, said: “I’m really excited to have both brothers Adam and Hassan on another big show. I love working with them and their potential is endless. The Azims lit up Wembley last month and they’ll bring their brand of excitement to Manchester in front of an audience that will love them. This is another massive platform for them to showcase their talent in front of a sold out crowd and live viewers on Sky Box Office.”