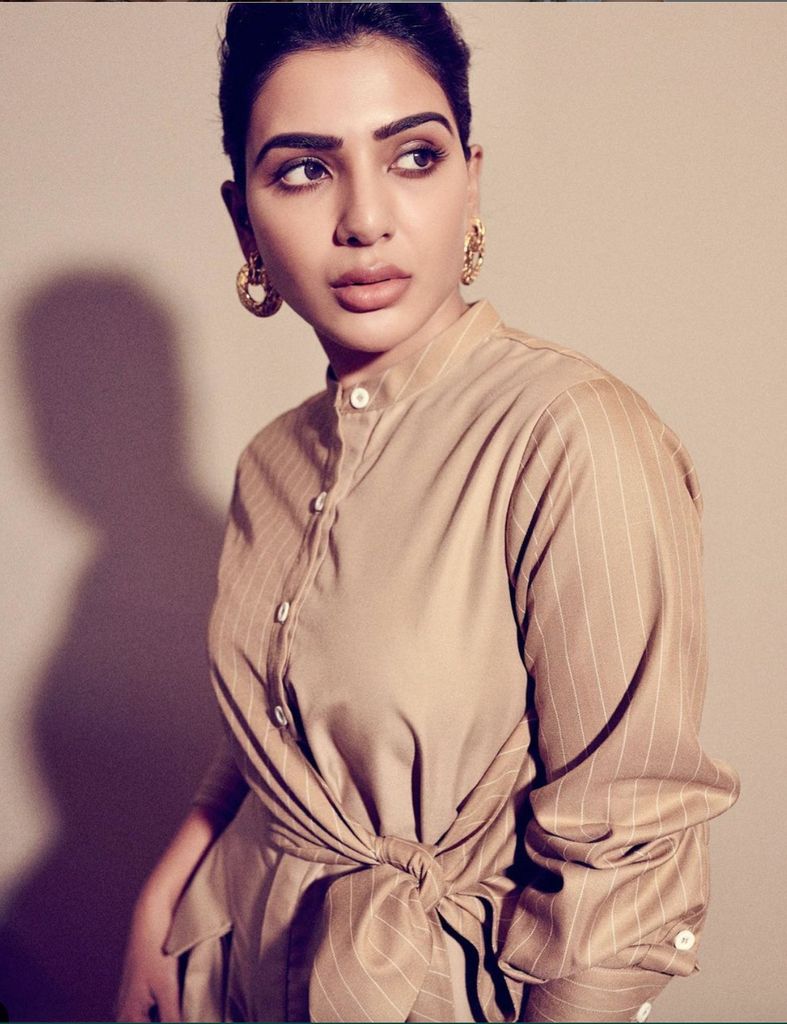 ONE of the biggest movie stars in India, Samantha Akkineni has starred in Tamil and Telugu blockbusters that have entertained audiences around the world.

The versatile actress has showed off her impressive range in a wide array of projects since making a winning cinematic debut in 2010 and got herself a huge fanbase, few film stars can dream of. Beyond the big movies, she is married to popular star Naga Chaitanya and is the daughter-in-law of legendary actor Nagarjuna.

She also stepped out of the mega-movie bubble by hosting her own talk show and signing up for her debut web serial The Family Man. She plays an antagonist in season two of the smash-hit series starring Manoj Bajpayee, which premieres on Amazon Prime on June 4. The Raj and DK directed series picks up where it left off and promises to be one of the best binge watches of 2021.

Eastern Eye caught up with Samantha Akkineni to speak about The Family Man, being greedy as actor, inspirations and why she isn’t as fearless as most people think.

Have you had a chance during lockdown to look at your amazing career and everything you have achieved?
Actually, this lockdown was the only time I wasn’t thinking about my work and my career. It was actually the first time in a very long time I didn’t think about work at all.

The biggest surprise for everybody was that you, as an A-list movie superstar, agreed to be in a web serial. What made you say yes to The Family Man season two?
It was just the challenge I was looking for. You know you get greedy after a point, and want to do new and different things. I was looking for roles that would give me sleepless nights and my character Raji in The Family Man was just the kind of role that would give me sleepless nights.

How much did you like series one of The Family Man?
Well, I signed on to do season two and started shooting for it before season one released. So, it was amazing to see how season one just exploded. And the expectations for season two are just so incredible! So, I am honoured to be a part of this show. I loved everything about the show and kind of knew that it was coming because I had read the synopsis (before it aired). So, I knew what to expect, including season two, but it was everything and more.

We haven’t been able to find out anything about your character Raji. I predict it will be the surprise element, but what can you tell us?
I hope my character is the surprise element. I am not supposed to reveal much, but all I can say is that Raj and DK have written an amazing character. In fact, they have strong female characters throughout both series. Raji is definitely a role I enjoyed. I am a very greedy actor and couldn’t have asked for more. This was one role where I didn’t have to ask for more. They gave it all to me on a platter. All the characters you’ve played in movies have an element of girl power.

Will we see that in The Family Man?
Oh yes, definitely! It is important for me to have that strong presence, but it is something that I grew into. It took a lot of effort to grow into that. I wouldn’t say that I had the confidence earlier, to do what I am doing now. But now I feel it is time for girl power all round and I wish my peers write more roles like this. It’s time we show what we are truly capable of doing, if we get the chance.

Whatever genre you do, it always comes across as natural, whether it’s comedy or emotional. How do you approach each new performance?
Thank you so much, Asjad. I think my strength or what I really work on is empathy. If you have empathy, I think you might automatically become a good actor. You just have to be able to listen. I think that is the only way to forget Samantha and be the character. Raji is the closest that I have ever come to completely becoming someone else because I remember during the shooting of The Family Man – anyone that had a different point of view on the role I was playing, I would get into an argument with them (laughs). She seeped into me strongly, so it was my toughest role to date, I would say. 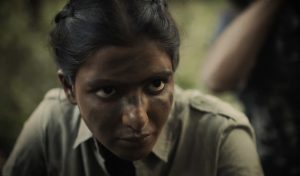 What do you like about The Family Man lead star Manoj Bajpayee?
Oh wow! So, I was thrown into this very important scene the first time I met Manoj sir. It was this really tough scene in Hindi, over which I do not have a full command. I remember very clearly that it was his close-ups first and he just did the whole scene. And I was in absolute shock. I was like what am I going to do now. (Laughs) How am I going to stand up to this incredible performance. I remember for that minute I froze and blanked out.

Then what happened?
Then I was like, no, come on, this is your chance, do it! (Laughs), So, I had to slap myself and say do it woman, this is your chance. It was incredible because it didn’t seem like he was acting. He just took the scene and made it his own, 100 per cent. At no point did I think he was an actor saying the dialogues given to him. At no point did I believe that. He’s just so incredible.

I love it when you do comedy and have been telling everyone to watch your film Oh Baby, but as a versatile actress, which genre do you prefer?
Thank you so much, Asjad. I just follow my directors. When I was working with (director) Gautham Menon he said, ‘oh my god you can romance a stone. You can look at a stone longingly with so much affection (and the stone will fall in love with you)’. When I was working with (director) BV Nandini Reddy, she would say ‘oh my god, you are meant to do comedy, this is your strength’. I love it when DK says ‘you are meant to do action’. So, I love it when I get that kind of approval from my directors and at that point when they think this is the best thing for me. Personally for me, it is just a challenge that excites me in any kind of different role, so I love all of them equally.

You are a huge movie star, but now you are hosting a talk show and have also ventured into the web space with The Family Man. So, is this a conscious decision on your part to venture into new spaces?
Yes, but you know, like I said, growing up I have been a fearful and anxious person. Actually, a lot of people think that she is so daring and keeps taking all of these new risks, but it’s very hard work because I have been trying for so long to break that fear. And break that anxiety! I think mostly everything I choose is actually me just trying to fight the fear.

That is really surprising because you really do come across as a confident and fearless actress?
Actually, it’s the opposite!

What inspires you?
Every day, I find reasons to be inspired, including, trust me, just looking at the time randomly on my phone. I get reminded that I am here speaking to you, I’m alive and surrounded by this bunch of incredible people. That is enough to inspire me. It does not have to be something big or dramatic for me to be inspired. Even small mundane activities like checking the time inspires me.

I love Manoj Bajpayee, but I am watching the new series of The Family Man season two for Samantha Akkineni. But why should everybody else watch season 2?
(Laughs) Oh my god, is there anyone who is not waiting for The Family Man season 2? It’s a whole new season first of all, and I would say that it is season one on steroids.