A COMMUNITY leader has raised concerns for the safety of devotees who visit a temple in Walsall after vandals damaged statues at the entrance to the Shree Ram Mandir on Ford Street in the West Midlands.

The first incident took place just before 10 am on June 10, when religious statues were smashed and the second happened sometime after 11 pm on June 19, where four more religious figurines were smashed, according to the West Midlands Police. The incidents were caught on CCTV. No arrests have yet been made.

Amratlal Mistry, president of the temple, told Eastern Eye that although a camera was installed at the temple yesterday (3), he was worried for the safety of visitors, many of whom are elderly or young children.

Established in 1991, it attracts nearly a hundred visitors daily. It is open through the day, and there are activities in the evening, which are attended by people of all ages.

“We are distressed about the vandalism, and safety of our visitors is a concern,” Mistry said.

The statues that were damaged do not belong to a deity. They were custom-made in Gujarat, India and temple authorities are making plans to replace them.

As well as celebrations of major festivals such as Navratri, Diwali and Mahashivratri, the temple also organises talks on health and well-being.

Anyone with information is asked to contact police via Live Chat at west-midlands.police.uk between 8am and midnight or call 101 anytime, quoting crime reference 20WS/147794M/19 or 20WS/137218F/19. 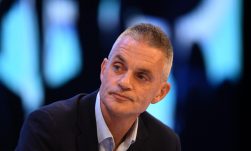 Ayushmann Khurrana gets featured in Time's 100 most influential people list