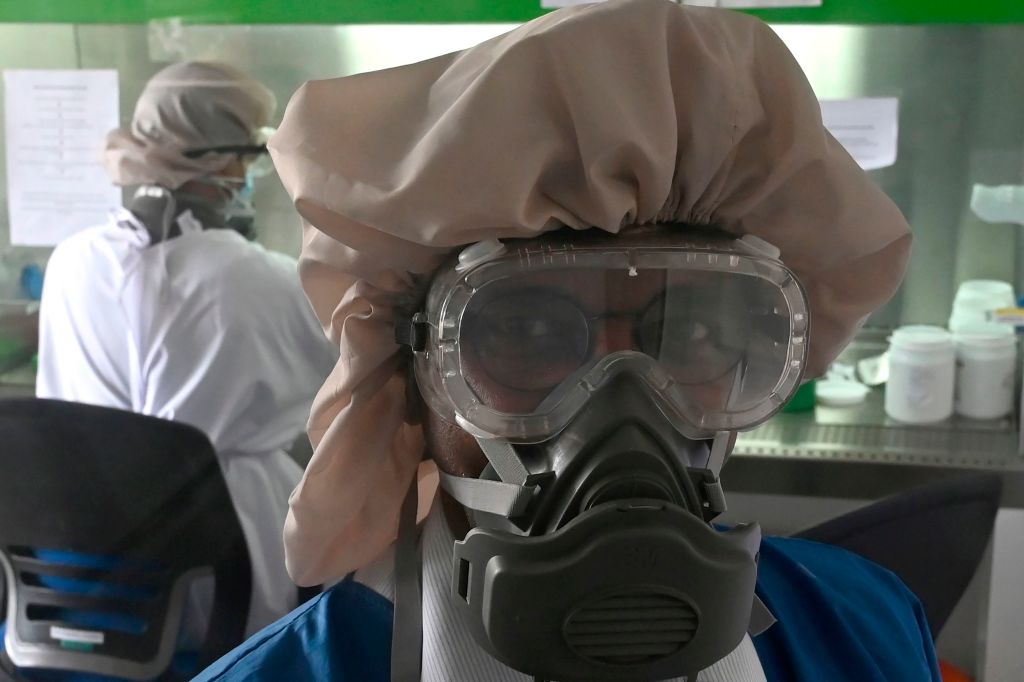 A doctor wearing protective gears pose for a picture in a microbiology lab at the Kotelawala Defence University Hospital (KDU) during a government-imposed nationwide lockdown as a preventive measure against the COVID-19 coronavirus, in Colombo on April 24, 2020. (Photo by LAKRUWAN WANNIARACHCHI/AFP via Getty Images)

Sri Lanka will lift the nationwide curfew imposed to contain the spread of COVID-19 in the country on Monday (27), the police said in a statement on Saturday (25). The curfew will be lifted at 5 am on April 27.

The country reported its highest number of 49 infections in a single day on Friday (24). The total number of cases stands at 414 with seven deaths.

A new cluster was reported in the island nation as a Sri Lankan Navy facility was found to have 30 COVID-19 cases.         Over 100 of them have fully recovered.

Analysts say the curfew could be re-imposed as a new statement is expected to be issued by the authorities over the weekend.     Sri Lanka has been under a 24-hour curfew since March 20 to combat COVID-19.

The government had on Monday dropped its decision to relax the nationwide curfew and extended it to April 27 following a sudden spike in the number of COVID-19 cases.  However, there has been intermittent lifting of the curfew in selected areas which were not seen as dangerous for the spread of the virus.

Health officials said that during  this week, they have increased the PCR (Polymerase Chain Reaction) tests and the aim is to conduct around 100 PCR tests per day.