Sri Lanka ship fire put out after 13 days of struggle 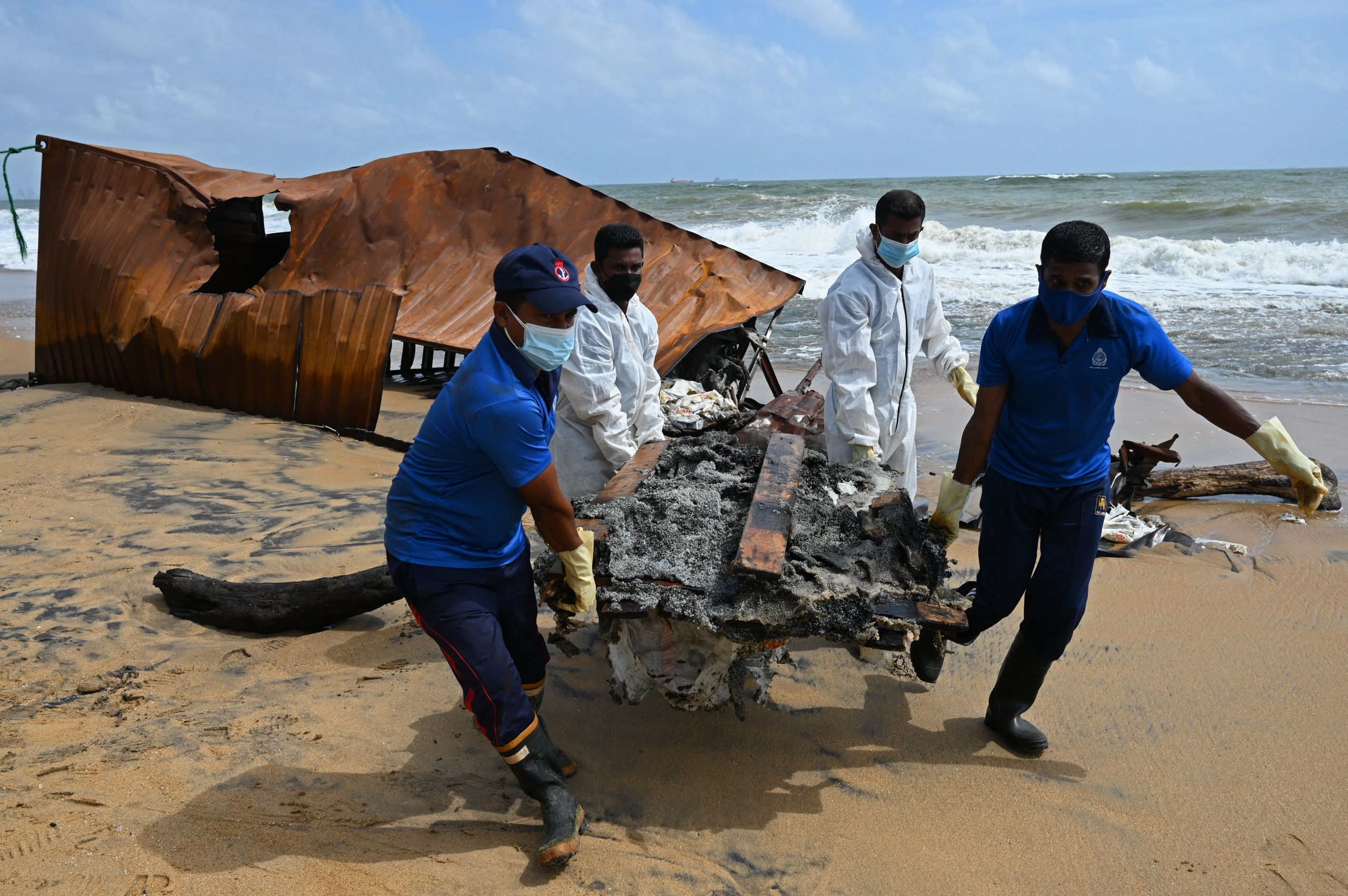 A FIRE aboard a cargo ship off Sri Lanka carrying hundreds of tons of chemicals, plastics and cosmetics was finally extinguished on Tuesday (1) after a 13-day international operation, the navy said.

The Singapore-registered vessel caught fire on May 20 when it was about to enter the Colombo port.

Navy spokesman captain Indika de Silva said the stern of the 186-metre (610-feet) long container carrier had gone down by about a metre because of the flooding.

He said the spraying of water was stopped to prevent further flooding, but some areas of the ship were still too hot to carry out a complete examination of the vessel.

However, navy divers were carrying out examinations under the water line to ensure that there were no cracks in the hull to undermine the integrity of the ship, which is also carrying 278 tons of bunker oil and 50 tons of gasoil.

Sri Lanka’s navy was joined by India’s coastguard and tugs were brought in by SMIT to battle the flames which destroyed most of the nearly 1,500 containers the vessel was carrying.

The three-month-old ship had 25 tons of nitric acid and other chemicals as well as 28 containers of plastic raw material, much of which fell into the sea.

Marine environment protection authority chief Dharshani Lahandapura said they were still assessing the ecological damage, but believed it was the “worst ever in my lifetime”.

The MEPA chief said the crew apparently knew of a nitric acid leak on May 11, long before the vessel entered Sri Lankan water en route to Malaysia and Singapore.

Sri Lanka began a criminal investigation Monday (31) into the fire and the marine pollution.

Police spokesman Ajith Rohana said the captain and chief engineer, both Russian nationals, had been questioned for 14 hours. The third officer, an Indian national, was also questioned at length, he said.

“We are seeking advice from the attorney general on the next steps,” Rohana said, adding that the 25-member crew who were evacuated from the vessel on May 25 were still in quarantine.

The ship was heading to Colombo from Gujarat, India. It had previously visited Qatar and Dubai from where the containers of nitric acid had been loaded. Sri Lankan authorities suspect the acid leak triggered the fire.

A Sri Lankan court Tuesday (1) ordered the passports to be impounded of the three senior crewmen pending further investigations.