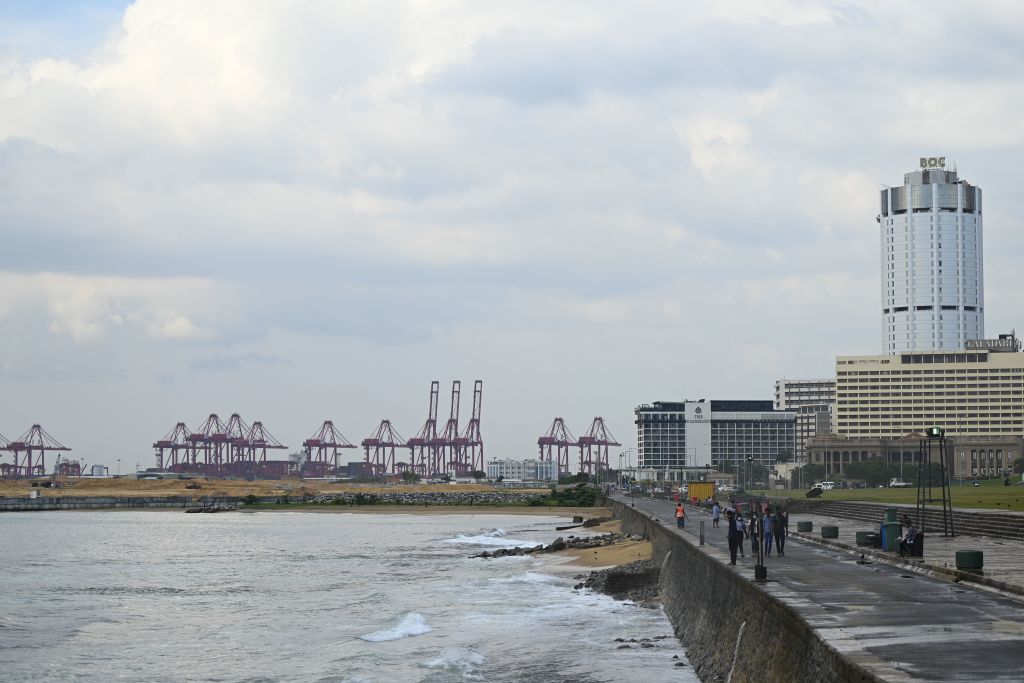 FILE PHOTO: A general view of the Chinese-managed terminal of the Colombo port is seen from the Galle Face promenade in Colombo on February 2, 2021. (Photo by ISHARA S. KODIKARA/AFP via Getty Images)

SRI LANKA said on Tuesday (2) it had pulled out of an agreement with Japan and India to develop a deep-sea container terminal viewed as an effort to counter China’s growing influence in the region.

The East Container Terminal in Colombo port is being built next to a controversial $500-million Chinese-run container jetty, and was to be developed as a joint venture – with India and Japan owning 49 per cent.

But the government in recent weeks has faced opposition from hardline nationalists within its coalition who are against the sale of national assets to foreigners.

The deep-sea jetty deal was signed in May 2019, a few months before president Gotabaya Rajapaksa came to power.

The government said in a statement that it would instead develop the site “as a wholly-owned container terminal of the Sri Lanka Ports Authority” for US$800 million.

The decision marks a u-turn from the statement made by Rajapaksa over two weeks ago, when he said the project would go ahead, citing “regional geo-political concerns”.

It also comes the day after the Indian High Commission in Colombo called on the government to honour its obligations on the deal.

When Gotabaya Rajapaksa’s brother Mahinda – who is now the prime minister – was president between 2005 and 2015, Colombo borrowed billions from China, accumulating a mountain of debt for a string of infrastructure projects.

With credit agencies cutting Sri Lanka’s debt ratings as the island nation reels from the economic impact of its pandemic lockdowns and the 2019 deadly Easter bombings, the government is expecting more Chinese loans this year.

The deal, which gave the Chinese company a 99-year lease, raised concerns at home and abroad.

India and the US are both concerned that a Chinese foothold at Hambantota could give Beijing a military advantage in the Indian Ocean.

India lodged protests when Chinese submarines made unannounced visits to the Colombo terminal in 2014. Since then, Sri Lanka has not given permission for further submarine calls.