Preet has officially broken the record for the longest solo, unsupported, and unassisted polar expedition by any woman in history! The previous female record was 1,368 km skied by Anja Blacha from Germany in 2019. 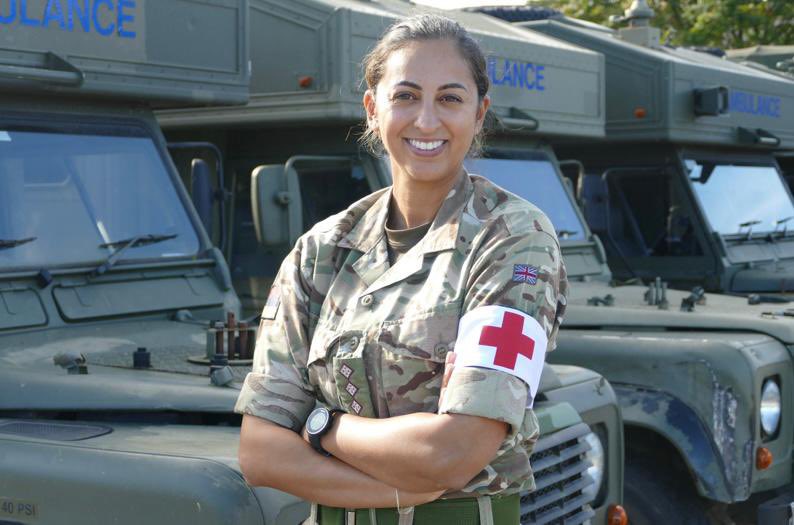 A British Sikh Army officer and physiotherapist has set a new world record for the longest solo, unsupported, and unassisted polar expedition by a woman.

Captain Harpreet Chandi, known as Polar Preet having already completed a trekking challenge to become the first Indian-origin woman to set the record of a solo unsupported trek to the South Pole, travelled 1,397 km across Antarctica in temperatures as cold as minus 50 degrees Celsius. The previous record was 1,381 km, set by Anja Blacha in 2020.

“It was very cold and windy but I kept my breaks very short so I didn’t get too cold,” Chandi wrote on Thursday in a blog she has been maintaining while on her new polar expedition.

“I didn’t let myself stop earlier though because I wanted to get the miles in,” she said.

Day 57.I made it to the #SouthPole,an incredible place to be!Didn’t stay long as I still have a big journey to go.I’ve been skiing 13-15 hours a day,averaging 5 hours sleep & not getting the mileage I want with the tough conditions: https://t.co/AkYg8jeMXR #antarctica #inspire pic.twitter.com/DggW4XFhf4

However, Chandi is disappointed that she does not have enough to meet her original aim of becoming the first woman to cross Antarctica solo and unsupported.

“I’m pretty gutted that I don’t have the time to complete the crossing. I know that I have done a huge journey, it’s just difficult while I’m on the ice and I know it’s not that far away,” she said.

The 33-year-old from Derby in eastern England, working at a regional rehabilitation unit in Buckinghamshire, has been pulling a sledge with all her kit and battling below freezing temperatures on her new adventure since November 2022.

The University of Derbyshire, which conferred her with an honorary degree, congratulated the trekker for breaking the “record for the longest solo, unsupported, and unassisted polar expedition by any woman in history”.

It was around three years ago when she was learning about Antarctica that she decided she wanted to do a crossing of the continent.

But she did not put in her application into the Antarctic Logistics and Expeditions (ALE), which handles the permissions for such expeditions, immediately because she wanted to build up some experience.

Her application was completed early last year and it has been all about preparing for her new goal after completing Phase 1 with her South Pole expedition in 2021. On her latest mission, she has been listening to voice notes to keep her motivated.

“I listened to childhood memories from my brothers, my mum telling me how excited she was about having a baby girl and how the midwife commented that she had never seen an Asian woman so excited about having a girl. And finally hearing my niece say it’s the most amazing thing she has seen anyone do in her entire life and it’s even more amazing because it’s her phuwa (auntie) doing it. It’s so precious to hear,” she writes on her blog this week.

Chandi has always been keen to push the human body to its limits and sees her adventures as part of this wider mission.

As an “endurance athlete”, she has run marathons and ultra-marathons and, as a British Army officer, completed large scale exercises and deployments in Nepal, Kenya and a United Nations peacekeeping tour of South Sudan.