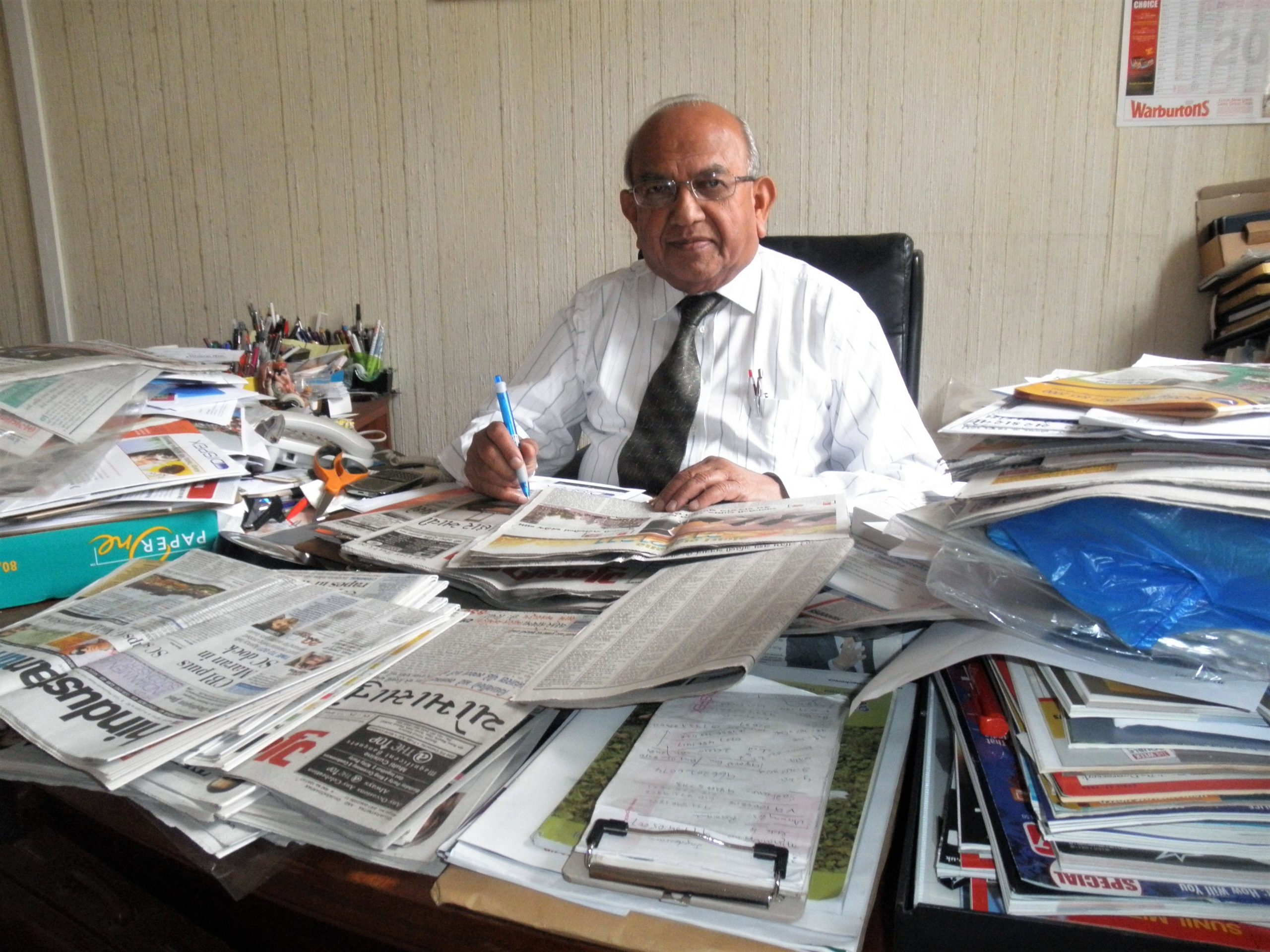 THE Asian Media Group (AMG) and the University of Southampton have teamed up to recognise south Asians who have transformed the UK.

Named after the founder of AMG, the Ramniklal Solanki Pioneers Project will tell the life stories of 100 people whose work has left an unforgettable mark on Britain.

“People from the Indian subcontinent have been settling in Britain since the 1600s,” said Professor Jane Falkingham, vice-presi­dent international and executive director of the India Centre at the University of Southampton. “At first, they were ayahs, domes­tic servants, nannies and seamen.

“By the mid-19th century, scholars, dip­lomats, traders and businesspeople swelled those numbers.”

The contribution those migrants made is rarely captured in story or academic form, she added. Their stories will be curated as part of a digital project and made available at the university’s website.

“This is incredibly exciting,” said Prof Falkingham, who is also the dean of the faculty of social sciences at the university. “Our team will not only capture their per­sonal achievements, but they will analyse the economic, social and cultural impact on contemporary Britain.

“Why did they do what they did? How have they influenced what we do today? What were the barriers to their success? These are just some of the questions we’ll be try­ing to answer. It promises to open up a rich vein of research which is long overdue.”

The pioneers will be nominated by the public. A panel of judges, led by Professor Lord Kamlesh Patel of Bradford OBE, will choose the final 100.

“I can think of no better way of paying tribute to those who have changed Britain for the better and forever,” said the peer, who is chair of the government regulator Social Work England. “We should acknowl­edge and appreciate that our great-grand­parents, grandparents and parents came from all over the world, many from the old British empire, therefore, already British citizens, during difficult times.

“They arrived, in what to some was an alien environment, many with no promise of a job, no home, little or no money, only with the clothes on their backs, often alone, leaving families behind.

“[They] worked tirelessly in jobs that many were well over-qualified for, faced and overcame immense struggles including overt racism. And here we are today, con­tinuing to make a huge contribution and a positive difference to this country which we have made our home.”

Once lockdown ends, the university and AMG, the publishers of Eastern Eye, will embark on honouring 10 pioneers who have already been chosen by the panel. They include industrialists, artists, sport stars and community activists.

“Among the stories we will be telling is that of my late, great friend, Lord Noon, better known as the ‘curry king’,” explained Lord Patel. “He brought the nation’s fa­vourite meal to the masses. But what many won’t know about is his selflessness.

“How, when his factory burnt down, he was advised to declare bankruptcy, so he didn’t have to pay his employees. But he ignored that advice because of his moral and ethical values. What does that say about the man and his particular form of leadership? That is what this project is about. Celebrating lives, most definitely, but absolutely learning lessons.”

The launch coincides with the first anni­versary of the death of the founder of AMG, after which this project is named.

He arrived in the UK in 1964, and was inspired by the then Indian high commis­sioner in London, Dr Jivraj Mehta, to launch a newspaper for the small but grow­ing south Asian communities in Britain.

With his wife Parvatiben, Mr Solanki started the Garavi Gujarat newsweekly, as a handwritten, cylostyled black and white newssheet from a small, terraced house in Wembley, north London. From this hum­ble beginning sprang a publishing empire that today includes consumer and business titles, digital media and events spanning three continents and reaching over five million readers each month.

“Our father was extraordinarily humble and dedicated his life to making the lives of millions of south Asians better,” said his son and AMG’s group managing editor, Kalpesh Solanki. “My brother, Shailesh, and I remember working in our kitchen with our father packing up the editions of Garavi Gujarat. He would then go around the country sell­ing subscriptions.”

The paper grew to become the biggest-selling Gujarati newspaper outside India, and is today published in two editions in the UK and US. Over the years it played a crucial role in fighting injustice and cam­paigning for fairer immigration laws.

The Pioneers project will also examine the role of campaigning groups, such as the Southall Black Sisters, which has fought fearlessly and tirelessly for the human rights of women across the UK, righting wrongs.

It will also feature the actress, playwright and author Meera Syal, who was the sub­ject of the inaugural Fireside Chat.

“We’re making history as we go along, and it’s not written down,” she said. “We have not been written into so much of Brit­ish history, and we’re just finding that out now. So, a lot of our history has not been recorded. If you’re not recorded, you’re forgotten, so this is really important.”

In addition, the project will recognise people who are less well known yet made their mark on British history.

Sardar Harnam Singh Roudh is widely recognised as the “father” of the Sikh com­munity in Southampton.

He moved to England alone in 1951 with just £3 in his pocket, but within a decade, he opened the city’s first Indian and West Indian Continental store.

“My grandfather was inspirational and influential in my life,” said Amarjit Singh, a lawyer, political adviser and chief executive of the India Business Group. “Like many south Asians, he arrived with little, but he contributed so much richness to this melt­ing pot of a nation. When he passed away, the entire city came to a standstill in tribute to the passing of a great man.”

UK Research and Innovation India is al­so supporting this project.