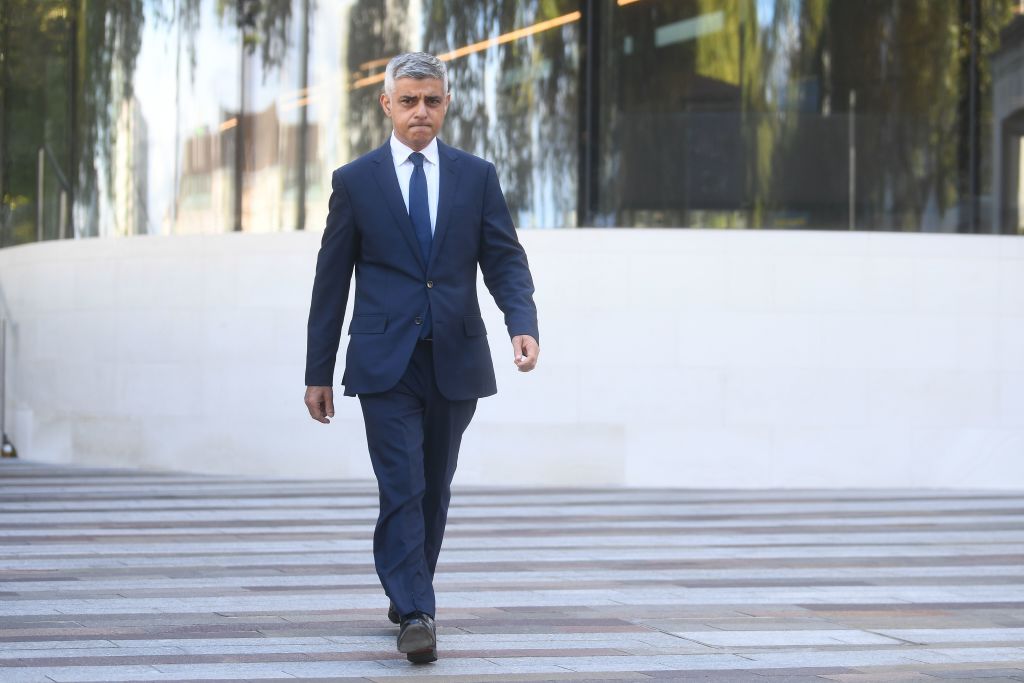 “It is simply not right for ministers to say they will do ‘whatever it takes’ to mitigate the effects of the coronavirus crisis but then stand by as whole sectors of our society find their lives and their livelihoods at risk,” says London mayor Sadiq Khan. (Photo: VICTORIA JONES/AFP via Getty Images)

Commissioned by the London mayor, the report published on Thursday (1) said black people and men of Pakinstani and Bangladeshi heritage were nearly twice as likely to die of Covid-19 as white people.

The study — conducted by researchers at the University of Manchester and co-authored with the University of Sussex and The Ubele Initiative — underscored that that the disparity was “partly due to longstanding socio-economic inequalities”.

It also highlighted that the coronavirus death rate was three times higher among men employed in lower-paid, manual roles such as construction and personal care work.

Analysts noted that “inability to work from home and limited capacity to socially distance while working put people in non-professional roles at greater risk, not only of having their salary or hours cut, but of being furloughed or catching the virus”.

Other key factors noted were higher incidence of underlying health conditions and the “overrepresentation” of BAME people in sectors with greater virus exposure risk, including the health and social care professions.

While men were more likely to die of Covid-19, according to the study, women “experienced disproportionate economic, social and psychological impacts”.

Londoners with disabilities, meanwhile, reported increased difficulties in carrying out routine tasks such as shopping for groceries, and accessing coronavirus updates and guidance.

“The Covid-19 pandemic has hit us all but this report proves that, far from being a great leveller, it has disproportionately affected disabled Londoners, people in areas of high deprivation and those from BAME backgrounds,” said Khan.

“It is simply not right for ministers to say they will do ‘whatever it takes’ to mitigate the effects of the coronavirus crisis but then stand by as whole sectors of our society find their lives and their livelihoods at risk.”

The mayor, who had earlier pressed for an EHRC probe into the disproportionate impact of the pandemic, also highlighted the study’s finding that the voluntary and community sectors played a “crucial role” in aiding disproportionately impacted and marginalised groups.

“I urge ministers to invest in our communities and the organisations supporting those most at risk, to ensure that accessible health guidance is available to all and, as case numbers are rising again, that there is adequate support in place for those who’ve lost their jobs, had their hours cut or been forced to self-isolate,” he added.

Professor James Nazroo of the Manchester University said the study underlined “the wide-ranging inequalities that exist in relation to the coronavirus pandemic”.

“These inequalities reflect, and amplify, pre-existing inequalities in social, economic and health conditions,” he added. “And they are present in relation to Covid-19 related illness and mortality, and in relation to the social, psychological and economic consequences of government responses to the pandemic.

“It is crucial that policy responses to the pandemic are developed to address these inequalities, and that this is done in partnership with those representing the groups who are experiencing these inequalities.”

The Ubele Initiative’s Karl Murray and Yansie Rolston, who co-authored the report, observed that “voluntary and community social enterprises often find themselves at the sharp end of those most impacted upon by major challenges and crisis that befall society, as they are at the sharp end face of action and response”.

“With Covid-19, this has been no different,” they noted.

“We hope, as we move to a new normal coming out of the crisis, that the role and contributions of voluntary and community social enterprises (VCSEs) are given due recognition and support as part of any transformational planning that is being planned for London.”