“Harry & Meghan”, the first volume of which will drop this Thursday, shows clips of the couple lamenting the “dirty game” that is played within the hierarchy of Britain’s royal family and promises to share the “full truth” of what led to their exit as frontline royalty. 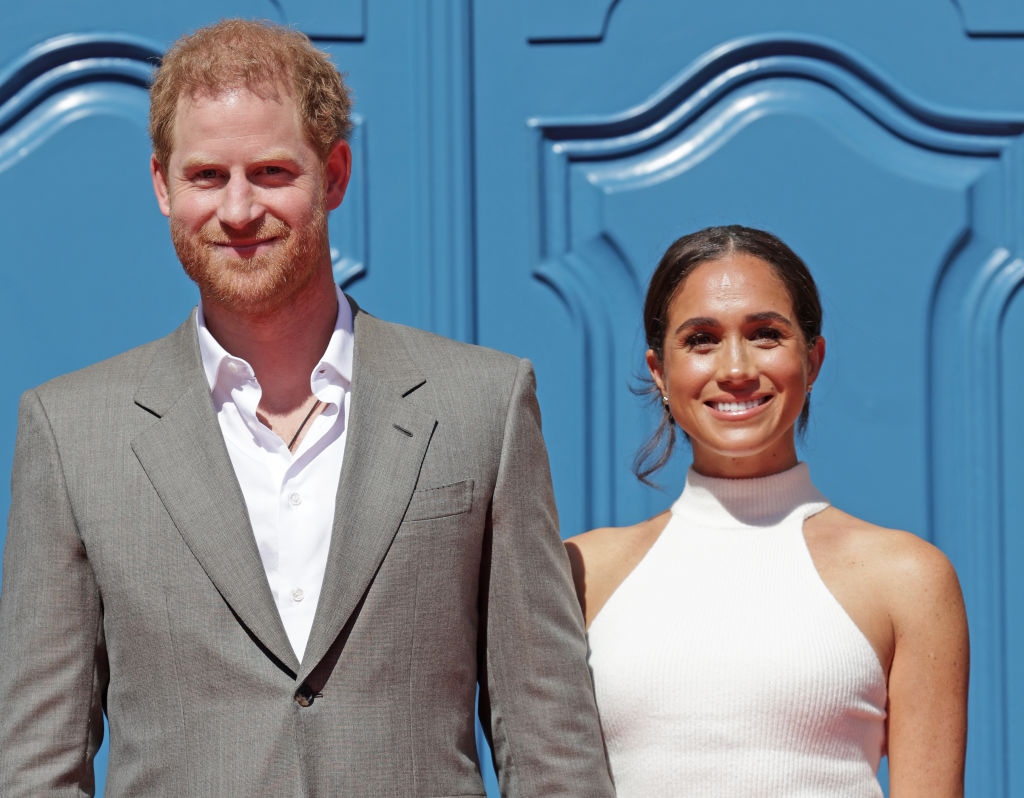 The new teaser trailer for a hyped Netflix docu-series on Prince Harry and his wife Meghan Markle, the Duke and Duchess of Sussex, has divided opinion in the UK among royal watchers and commentators.

“Harry & Meghan”, the first volume of which will drop this Thursday, shows clips of the couple lamenting the “dirty game” that is played within the hierarchy of Britain’s royal family and promises to share the “full truth” of what led to their exit as frontline royalty.

There are obvious parallels drawn with Harry’s late mother, Princess Diana, when he speaks of the “pain and suffering” of women marrying into the British royal family.

“If all men defended and protected their families the way Harry has done for Meghan Markle, I would be proud of all men in this world,” was the reaction of one supporter on social media.

There were others equally supportive, saying they can’t wait to watch the Netflix series and “finally hear the truth”.

However, nearly an equal number have been vocal about what they brand as the couple’s alleged hypocrisy at selling their story to the streamer after stepping back as working royals to protect their privacy.

There are others who are speaking out in favour of Harry’s sister-in-law Kate Middleton – now Princess of Wales – as a comparatively stoic figure in comparison.

“Not once, has Catherine, The Princess of Wales said a word against #HarryandMeghan. NEVER!! Again and again, Harry and Meghan, directly and indirectly, have tried to push her. She remains unshaken. CATHERINE IS THE INDEFATIGABLE SPIRIT OF BRITAIN,” tweeted one supporter from the so-called rival royal camp.

UK broadcaster Piers Morgan, one of Meghan’s most vocal critics in the UK, took to Twitter to voice his shock at his voice from past television coverage being used in the documentary.

“Princess Pinocchio & Prince Hypocrite use my voice to flog their ghastly new series. I’m traumatised by this exploitation,” Morgan tweeted.

While Buckingham Palace has not officially commented on the issue, media reports suggest there is likely to be some disquiet within the palace ranks as the documentary drops three months after the late Queen Elizabeth II’s death.

It also comes in the wake of a recent racism row, which ended in the resignation of one of the late monarch’s close aides, Lady Susan Hussey, after she was found to have inappropriately questioned a black British charity worker.

Prince William’s Kensington Palace issued a rare candid reaction saying that “racism has no place in our society”.

It also brought back uneasy race-related headlines in the UK of Harry and Meghan’s previous tell-all Oprah Winfrey interview, in which the couple had claimed that an unnamed royal family member had asked “how dark” their son Archie’s skin might be due to his mixed-race parents.

Netflix has described “Harry & Meghan” as a “global event” and an “unprecedented” six-part documentary series covering issues of “race” and “hatred” that explores the span of their relationship, from the early days of the couple’s courtship to the challenges and controversies that prompted them to step back from the royal family.

“The series includes interviews with family and friends who’ve never spoken publicly about the couple’s relationship before, as well as historians and journalists who dissect how media influenced Harry and Meghan’s relationship with the royal family and the Commonwealth at large,” Netflix says.

The week of the documentary series release, the couple will accept the Robert F. Kennedy Human Rights Ripple of Hope Award in New York for their work in addressing racial prejudice. Meghan, a former Hollywood actor, will also find out if her “Archetypes” podcast has won a People’s Choice Award.