Rishi Sunak praises father-in-law Narayana Murthy: ‘He came from nothing and just had dream’ 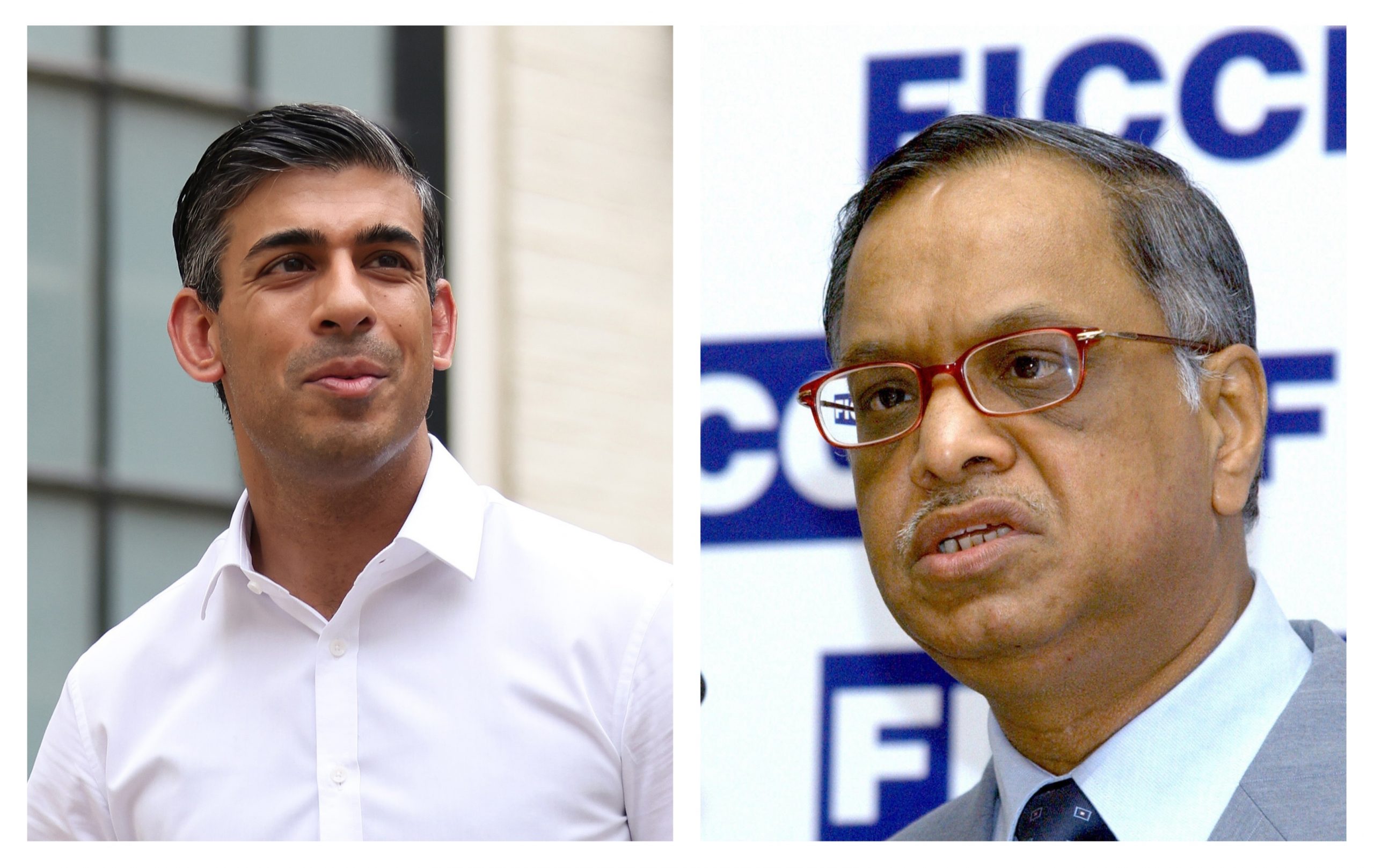 The five Conservative contenders still vying to be Britain’s next prime minister clashed over tax cuts in a second televised debate on Sunday.

With no clear candidate to succeed Boris Johnson who is stepping down after a series of scandals, the battle to be the next leader remains unpredictable and increasingly fractious, exposing rifts in the ruling Conservative Party.

Ex-finance minister Rishi Sunak has emerged as the favourite among the 358 Conservative lawmakers, who will hold further votes this week to whittle down the field of contenders to a final two.

Rishi addressed the controversy surrounding his family’s wealth in a televised debate.

“My father-in-law came from absolutely nothing and just had a dream and a couple of hundred pounds that my mother-in-law’s savings provided him,” Sunak said. “And from that, he went to build one of the world’s largest, most-respected companies, that by the way, employs thousands of people here in the United Kingdom.”

He added: “It is a story I am really proud of, and as prime minister, I want to ensure that we can create more stories like that at home.”

Akshata Murty, the Indian wife of ex-finance minister Rishi Sunak, is richer than the queen as the daughter of a self-made tech billionaire and a no-less-formidable engineer and philanthropist mother.

Her father, N.R. Narayana Murthy, 75, co-founded tech giant Infosys in 1981, the outsourcing behemoth that helped drive India’s remarkable transformation into the “back office of the world”.

Borrowing 10,000 rupees ($130) from his wife Sudha to help create it, the firm is now worth around $100 billion and was the first Indian company to list on Wall Street.

One of only two non-Americans in Fortune magazine’s 2012 list of the “12 greatest entrepreneurs of our time”, the Infosys chief’s life-changing moment came in 1974 when he was locked up for four nights in communist eastern Europe.

“That cured me from being a confused leftist to a determined compassionate capitalist,” Narayana, now worth more than $4 billion, said afterwards.

Sudha, 71, meanwhile was Tata Motors’ first female engineer after famously complaining via a postcard to the chairman about the firm’s stipulation that “lady candidates need not apply”.

Regarded as “India’s favourite granny”, she is a prolific author and a powerful force in social work after setting up 60,000 libraries and building 16,000 toilets.