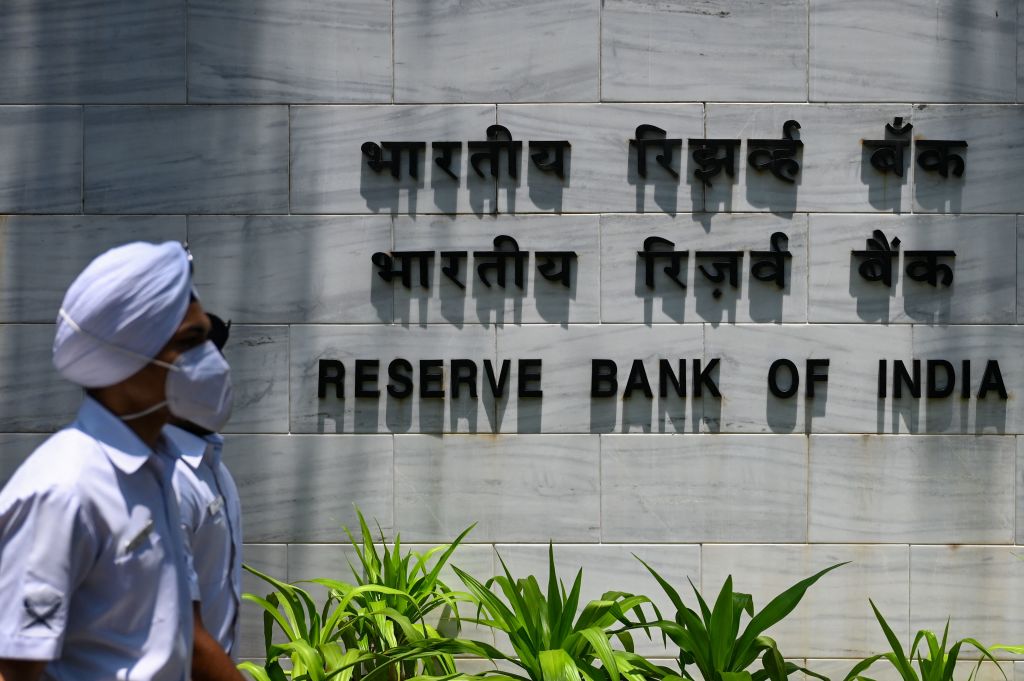 Indian Navy sailors walk past an entrance of the Reserve Bank of India (RBI) headquarters in Mumbai on May 5, 2021. (Photo by PUNIT PARANJPE/AFP via Getty Images)

THE RESERVE BANK OF INDIA (RBI) is working on a strategy to introduce a central bank digital currency (CBDC) in a phased manner, deputy governor T. Rabi Sankar said on Thursday (22).

The central bank is examining key issues around this such as should CBDC be only used in retail payments or in wholesale payments too; should it be directly issued by the RBI or through banks, Mint newspaper reported.

“However, conducting pilots in wholesale and retail segments may be a possibility in the near future,” Sankar said while addressing a webinar organised by the Vidhi Centre for Legal Policy.

To include CBDC in India’s cash and digital payment methods, the RBI is framing considerations for the legal framework, Sankar said.

Separately, a survey conducted by the Bank for International Settlements (BIS) revealed that 86 per cent of central banks were actively researching the potential for CBDCs, 60 per cent were experimenting with the technology, while 14 per cent were initiating pilot projects.

He added that many central banks are trying to popularise a more acceptable electronic form of currency, while some with a considerable cash usage want to make issuance more efficient.

“…large cash usage can be replaced by CBDCs, the cost of printing, transporting, storing and distributing currency can be reduced,” he said.

It could also help in reducing transaction demand for bank deposits. By providing a genuinely risk-free alternative to bank deposits, CBDC could lead to a shift away from deposits, which in turn might reduce the need for government guarantees on deposits, he said.

However, if banks begin to lose deposits over time, their ability for credit creation gets constrained, Sankar added.