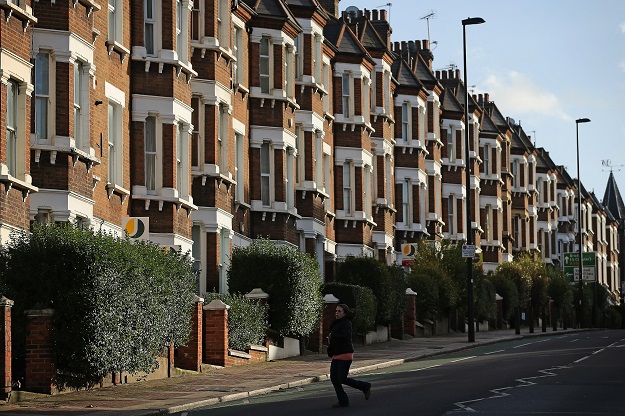 One of the most striking trends to be forecast by property experts is that the next few years will be marked by a relative boom in house prices in the north of England, compared to slower growth in Greater London and the southeast (Photo: Dan Kitwood/Getty Images).

THE Conservative government finally has a clearcut majority, and phase one of ‘get Brexit done’ is being achieved with the passing of the Withdrawal Agreement.

As a new-found sense of political stability ushers in the new decade, what does 2020 and beyond have in store for home owners, home buyers and house prices? Amid talk of a ‘Boris bounce’, are there really grounds for renewed optimism about prospects for the UK housing market?

Eastern Eye surveyed the views of a range of experts and found a mixed bag of responses, ranging from the highly cautious to the highly confident.

One of the most striking trends to be forecast by property experts is that the next few years will be marked by a relative boom in house prices in the north of England, compared to slower growth in Greater London and the southeast.

In contrast, the average house price growth in the southeast will be 11 per cent and just four per cent across Greater London during the same period.

Lucian Cook, head of residential research at Savills, said: “Markets further from the capital, such as Leeds, Liverpool and Sheffield, were much slower to recover post financial crisis and have much greater capacity for house price growth relative to incomes, even as interest rates rise.”

Cook said the figures were based on the assumption that prime minister Boris Johnson avoids a nodeal Brexit at the end of the year, and that the bank base rate increases to two per cent by 2024, constraining both mortgage affordability and property price inflation.

It attributed its strongest growth forecast – for the northwest – to “the strength and diversity of the regional economy and the capacity for higher loan to income borrowing”.

The estate agent also forecasts that the decline in prices in prime central London areas of recent years will reverse and lead to a mini boom in parts of the capital like Kensington, Mayfair, Chelsea, Knightsbridge and Westminster. It forecasts a recovery in these luxury markets, which traditionally attract many Indian investors, leading to an increase of 20.5 per cent by the end of 2024.

Cook added: “Prime central London has become increasingly dislocated from the Greater London mainstream over the past five years; we expect that (the recent decline) to go into reverse.

“Historically, a recovery in the prime markets has been sparked in central London, when the city’s most expensive properties start to look like good value on a world stage.

“Values have been bottoming out over the past year, resulting in a build-up of new buyer registrations over recent months. Both signal that the market is set for a bounce, but this is being held up by uncertainty,” he said.

Following the Tories’ thumping election majority there has been much talk of a ‘Boris bounce’ in the housing market.

This has already made itself felt in London’s luxury market, with foreign investors targeting the capital’s most prime real estate while the pound is still relatively low against the dollar.

Beauchamp Estates, which specialises in superprime properties in London, said the sale of a £65 million property in central London to a wealthy European family went through on the day of the election result as a direct result of the Tory landslide.

Chestertons, which also has branches in London’s most exclusive areas, said it expected a surge in transactions of prime London property during 2020 as investors and the super-rich celebrated Johnson’s 80-seat majority by going on a spending spree.

Adding to the chorus of optimism, Lucy Pendleton of estate agent James Pendleton, said the election result would boost London’s market with “a big jump in the number of sales going to best-and-final offers, hand in hand with increasing footfall through front doors”.

That message was echoed by Jonathan Hopper of Garrington Property Finders, who said the election result could “turbocharge” demand in 2020.

The news underlines a marked change in mood and confidence compared to October, when Brexit uncertainty and political instability saw £2 billion wiped off asking prices in prime central London since the previous spring.

According to Halifax, house prices across the UK as a whole will rise by between one per cent and three per cent this year, with the market hampered by lack of mortgage affordability among the young.

Russell Galley, Halifax MD, said: “Prospects for 2020 look a bit brighter (than last year), with uncertainty in the economy falling back somewhat, transactions volumes anticipated to pick up and further price increases made possible by growth in households’ real incomes. However, the challenges faced by prospective buyers in raising the necessary deposits may continue to constrain demand.”

The Royal Institution of Chartered Surveyors (RICS) spelt out some good news for landlords, forecasting that rents would rise faster than house prices, partly because a number of landlords have exited the sector. It predicted rent rises of 2.5 per cent across the country and three per cent in London.

“Rents are also expected to rise in 2020, and at a faster pace. As the sector continues to struggle with a lack of supply, the RICS survey data suggests rents will rise by 2.5 per cent,” it said.

“In fact, the number of new landlord instructions has been stuck in negative territory for 14 successive quarters, which is the longest run since 1999. In London, rents are expected to rise at an even faster pace of three per cent.”

The growing optimism contrasts with last year when political and economic uncertainty meant house prices in England increased just one per cent, their slowest rate in years.

He said: “The February budget will, no doubt, affect the market, especially if there are reforms for first-time buyers.

However, it’s largely expected that confidence will somewhat return and house prices will increase. We estimate that the rise will be in the region of two to three per cent.” However, he predicted that rents would rise at a faster rate than house prices. “The number of letting properties available is currently rather low, which generally prompts a rise in prices.”

However, he forecast that rising prices could dampen demand unless the government acted to make it easier for first-time buyers to get a deposit.

“The Lifetime ISA scheme is helping people to afford the initial lump sum, but more needs to be done to support those looking to get on the property ladder,” Counsell said.

“The positive news is that mortgage rates should remain low. They may rise in 2020, but any increase is likely to be modest.”

Some property experts say that despite hopes of a ‘Boris bounce’, the UK market is being constrained by a lack of supply as owners wait to find out what kind of Brexit deal is achieved before offering their properties for sale.

At the same time, first-time buyers are finding it increasingly difficult to get on the housing ladder as, despite low-interest rates, deposit requirements are at a historic high.

Russell Galley, managing director of Halifax, called on the government to increase housing affordability for first-time buyers. He said: “Prospects for 2020 look a bit brighter, with uncertainty in the economy falling back somewhat, transaction volumes anticipated to pick up and further price increases made possible by growth in households’ real incomes. However, the challenges faced by prospective buyers in raising the necessary deposits may continue to constrain demand.”

Miles Shipside, director of Rightmove, said: “First-time buyers are the drivers of the market. Too many are struggling to save the necessary deposits, and not all of them want to buy a new-build home through Help to Buy.

“More ways of getting more people onto the ladder would help to limit rising rents, increase liquidity and transaction numbers in the housing market, and make the dreams of their own roofs above their heads a reality for more of the younger generation.”