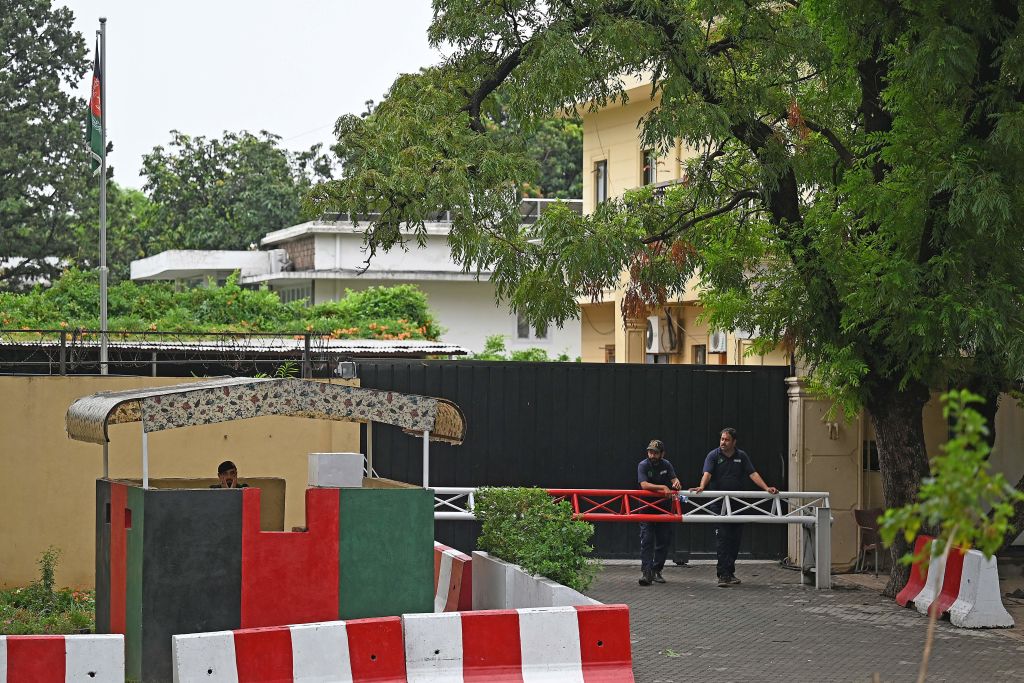 Security personnel stand guard outside the Afghan embassy in Islamabad on July 19, 2021. (Photo by AAMIR QURESHI/AFP via Getty Images)

PAKISTAN has termed as “unfortunate and regrettable” Afghanistan’s decision to recall its ambassador and other senior diplomats from Islamabad after the alleged abduction and torture of the daughter of its envoy. It urged Kabul to reconsider the move.

Pakistan’s foreign office said in an overnight statement that the reported abduction and assault of the 26-year-old daughter of Afghanistan’s ambassador Najibullah Alikhil is being investigated and followed-up at the highest level on the instructions of prime minister Imran Khan.

It said the security of the ambassador, his family and personnel of the embassy and consulates of Afghanistan in Pakistan has been further beefed up.

Pakistan’s foreign secretary met the Afghan envoy on Sunday (18) and highlighted the steps taken by the government for the security of the diplomats and re-assured him of full cooperation.

“We hope that the Government of Afghanistan would reconsider its decision,” the statement said.

The Afghan envoy’s daughter, Silsila Alikhil, was allegedly abducted, tortured and assaulted on Friday (16) by unknown persons in Islamabad. She was abducted while riding a rented vehicle and was held for several hours before being released. She was found near F-9 Park area of the capital with torture marks on her body.

However, interior minister Sheikh Rashid in an interview to Geo News said the ambassador’s daughter was “not abducted” and alleged that the entire episode was the result of an “international racket” to “defame” Pakistan.

Interestingly, Rashid earlier in the day had claimed that Pakistan was close to arresting the kidnappers. He also said that police registered a first information report in the abduction and torture case.

“It is a top priority case as the prime minister has directed to solve it and arrest the culprits,” the minister had said.