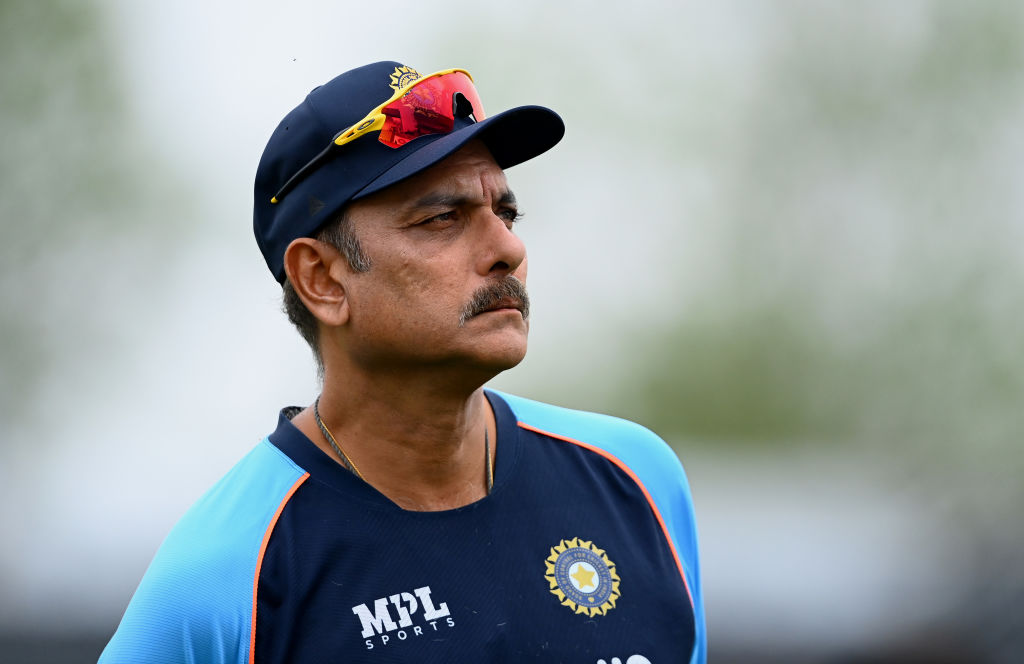 FILE PHOTO: Ravi Shastri, Head Coach of India looks on prior to Day 3 of the ICC World Test Championship Final between India and New Zealand at The Hampshire Bowl on June 20, 2021 in Southampton, England. (Photo by Alex Davidson/Getty Images)

INDIA head coach Ravi Shastri has said that he will not seek an extension of his contract when his tenure ends after the Twenty20 World Cup in the United Arab Emirates and Oman.

Since replacing Anil Kumble in mid-2017, Shastri, 59, has overseen two test series victories in Australia, although the side crashed out in the semi-finals of the 2019 World Cup in England.

The move comes just days after Virat Kohli decided to step down as India’s Twenty20 captain following the 20-overs World Cup beginning next month, and Shastri reckoned it would be the right time for him to step aside as well.

“I believe so because I’ve achieved all I wanted,” the former test player told the Guardian newspaper.

“Five years as No. 1 (in test cricket), to win in Australia twice, to win in England.”

“We’ve also beaten every country in the world in their own backyard in white-ball cricket. If we win the World Cup that will be the icing on the cake.”

“I believe one thing – never overstay your welcome. And I would say that, in terms of what I wanted to get out of the side, I’ve over-achieved.”

India led the five-test series in England heading into the final match in Manchester which was called off after Covid-19 cases in the touring camp.

Shastri himself contracted the virus and could not accompany the team to Manchester where a fourth member of the support staff tested positive, prompting the match to be cancelled.

Shastri came under fire for holding a book launch at a party in London where guests were seen without masks, but the former all-rounder brushed off the criticism.

“I’ve not got it at my book launch. I have absolutely no regrets because the people I met at that function were fabulous. And it was good for the boys to get out and meet different people rather than constantly being in their rooms,” he said.

Four days after the launch, Shastri tested positive for Covid and had to go into isolation while the match was being played.

“There were about 250 people there and no one got Covid from that party. I’ve not got it at my book launch because it was on the 31st (August) and I tested positive on 3 September. It can’t happen in three days,” Shastri added.

“The ECB have been outstanding and their relationship with Indian cricket is tremendous. I don’t know if it’s a stand-alone Test next year or they give them an extra two T20 games, but the ECB will not lose a penny because of the relationship that exists. In 2008 when we had the (terrorist) blast in Mumbai, England came back and played the Test. We don’t forget that,” he said.