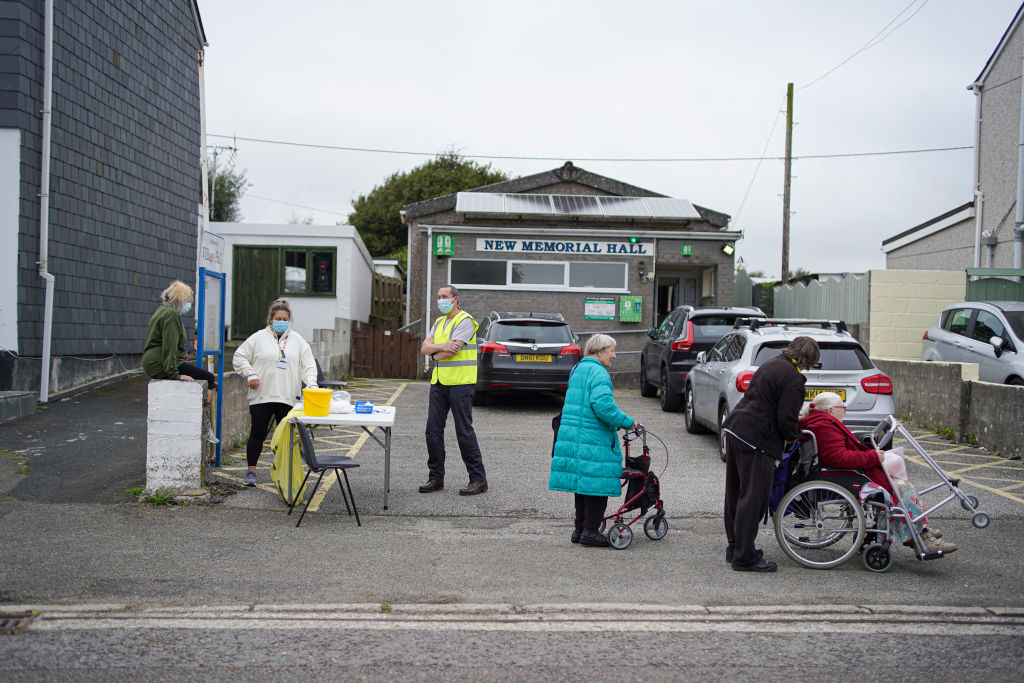 NHS staff and a volunteer wait for people to attend an NHS walk-up vaccination unit outside the village hall on September 25, 2021 in the village of Summercourt, near Newquay, Cornwall, United Kingdom. Ethnic minorities play a significant role in the state-run health service. (Photo by Hugh Hastings/Getty Images)

WHITE doctors are six times more likely than black applicants to be successful when applying for posts in London, the British Medical Journal (BMJ) said on Wednesday (13).

Data obtained under the Freedom of Information Act showed white doctors were also four times more likely to be get a job than Asian candidates or those from a mixed ethnic background.

The figures emerged after a senior NHS human resources professional asked all 18 NHS acute hospital trusts in London for a breakdown by ethnicity for 2020-21 of applicants for medical jobs, shortlisted candidates, and those offered posts.

The BMJ report is based on responses from 12 of the 18 trusts in the state-run NHS that shared full unredacted data with the BMJ.

“The NHS is not making a significant shift in D&I (diversity and inclusion),” said Sheila Cunliffe, the HR director who made the data request.

A spokesperson for the NHS in London responded: “The NHS in London is built on the skill and dedication of its diverse workforce and is committed to ensuring fair and equal opportunities for all.

“After listening to the experiences of NHS staff, work is underway to improve recruitment and selection processes as well as the accessibility and visibility of new roles.”

Government statistics about ethnic diversity in public sector jobs, published in 2019, indicated that the NHS had the most ethnically diverse workforce in the country.

But within the workforce, it found that while nearly one in three NHS doctors were Asian, those from a black, mixed or other background was far lower.

The findings come at a time when the NHS is seeking to address inequalities in ethnic minority recruitment, as well as discrimination.

An NHS Workforce Race Equality Standard report, published last year, found that white applicants were 1.61 times more likely to be appointed from shortlisting than those from a black or minority ethnic background.