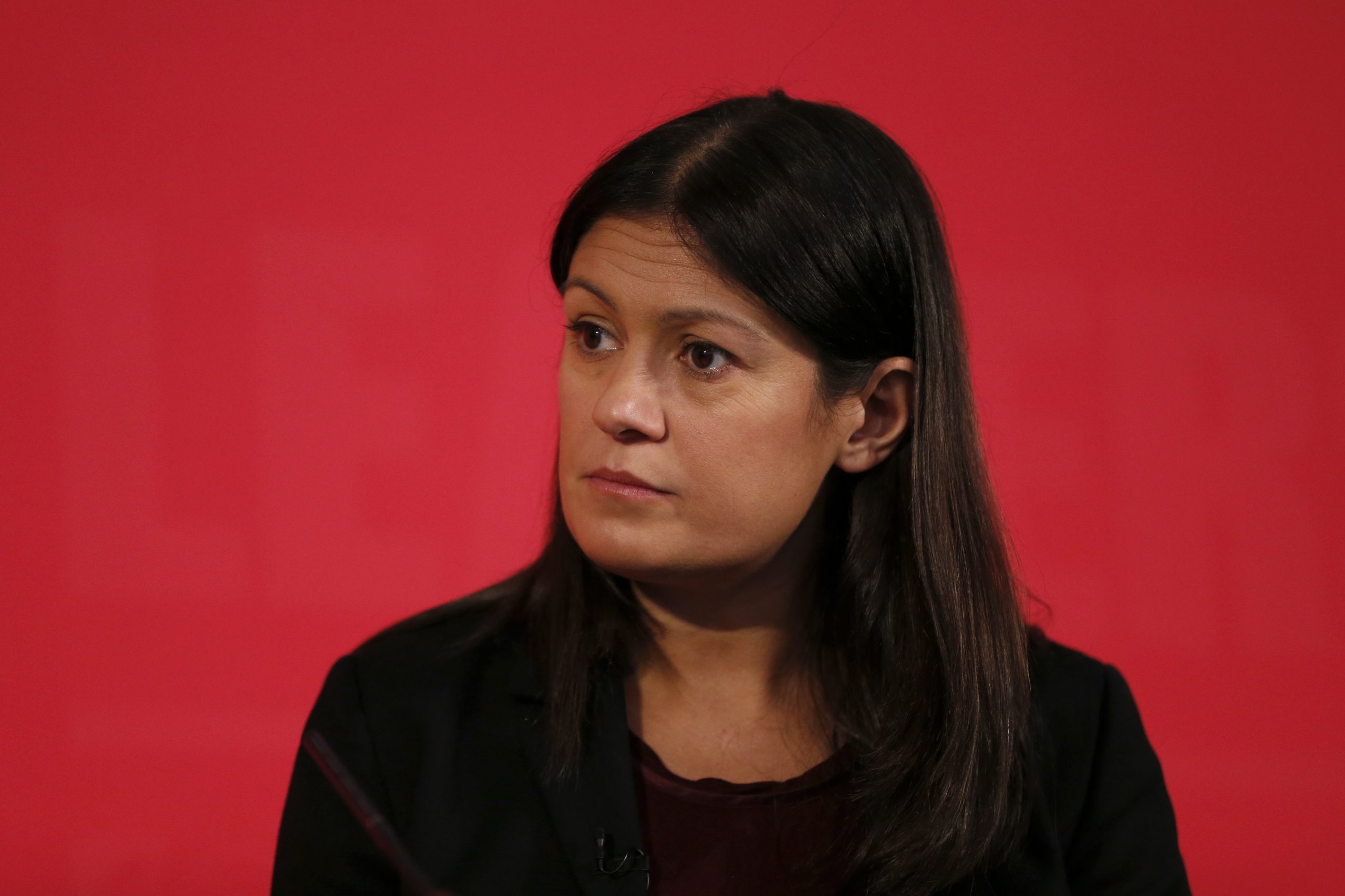 Labour MP Shabana Mahmood has represented Birmingham-Ladywood since 2010. She was appointed as the party’s National Campaign Coordinator in the Shadow Cabinet.

Born and brought up in Birmingham, Mahmood traces her roots to Pakistani Kashmir. After attending local schools in Birmingham, she graduated from Lincoln College, Oxford, where she studied law.

Mahmood made history by becoming one of the first Muslim women, and one of the first Asian women, to be elected to Parliament when she was elected as MP for Birmingham Ladywood constituency in May 2010.

Mahmood previously served as shadow home affairs minister, shadow business minister and most recently as shadow chief secretary to the Treasury. She also serves as a member of the Public Accounts Committee, an influential panel responsible for overseeing government expenditure that ensures the transparency and accountability of public finances.

Lisa Nandy has been an MP for Wigan since 2010. She has been serving as shadow Secretary of State for Foreign & Commonwealth Affairs since April 2020.

Nandy was born in Manchester to an English mother and academic father of Indian origin. Nandy’s grandfather was the Liberal MP for North Dorset and leader of the Liberals in the House of Lords for nearly 20 years.

Nandy studied politics at Newcastle University and obtained a master’s degree in public policy from Birkbeck. Before starting her political career, she had worked as a researcher in homelessness and issues of young refugees. She also served as a local government councillor before being elected to Westminster.

Nandy was her constituency’s first female MP and one of the first Asian female MPs. In the 2020 Labour leadership election, Nandy secured only 16.2 per cent of the vote but her campaign was well received.

Preet Kaur Gill has served as the Labour MP for Birmingham Edgbaston since 2017. She was named shadow secretary of state for international development by Keir Starmer.

Gill was born in 1972 in Edgbaston, Birmingham, to Daljit Singh Shergill and Kuldeep Kaur Shergill. Her parents immigrated to the West Midlands in the early 1960s and her father was president of the first gurdwara in the UK. Gill credits her father, who was known to be the longest-serving president of the Guru Nanak Gurdwara Smethwick, as her main inspiration for her ambition to enter politics.

Upon graduation from the University of East London, she worked as a social worker in Israel and with street children in India. She also worked in social care in the West Midlands and also sat on the West Midland’s police and crime panel.

With her victory in the 2017 General Election, Gill became the first female British Sikh MP.

Since April 2020, she held the position of shadow secretary of state for housing and homelessness.

Debbonaire was born in Peterborough to an English mother and father of Sri Lankan Tamil origin. After her school education, she took the first stage of a mathematics degree at the University of Oxford while at the same time training as a cellist at the Royal College of Music.

Prior to becoming an MP, Debbonaire was a classical cellist and has co-authored two books. Her other areas of interest include women’s equality, arts and culture, the environment and climate change and autism.

A doctor by education, Rosena Allin-Khan has represented Tooting in south London since the 2016 by-election when Sadiq Khan became the mayor of London. She has served as shadow secretary of state for mental health since 2020.

Born to musician parents, Allin-Khan’s mother is of Polish origin while her father is from Pakistan. Dr Allin-Khan had worked in hospitals across the UK as well as  Gaza, Israel, Africa, and Asia. She was also a councillor on Wandsworth Council for Bedford ward in Balham where she served as deputy leader of the council’s Labour group.

She previously served as shadow minister for sport between October 2016 and January 2020. Since the start of the coronavirus pandemic in the UK, Dr Allin-Khan has been working 12-hour shifts at St George’s Hospital in Tooting, in addition to her job as an MP and a shadow minister. She called for more mental health support to NHS staff during the pandemic.