Physiotherapists must be part of new NHS visas: Experts 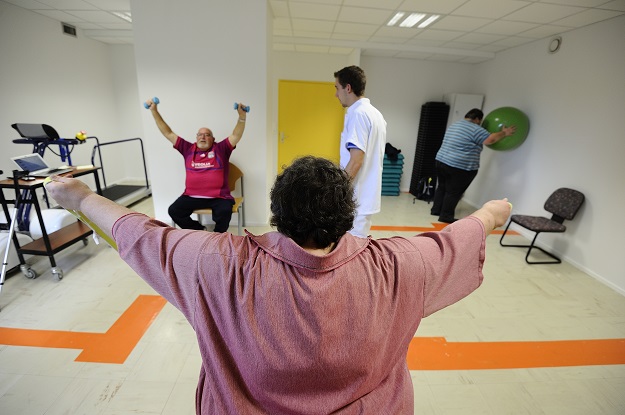 PHYSIOTHERAPISTS from countries including India are “desperately needed” by the NHS in order to help tackle the longer waiting times faced by patients, campaigners have said.

The average wait for a routine physiotherapy appointment is 45 days from referral, according to figures from 106 NHS trusts. This was up from 42 days in 2017, while waiting times for urgent sessions were 18 days on average, up from 16 three years ago, according to research by health insurance firm Equipsme in December.

Physiotherapists have warned that longer waits could lead to bone, joint or muscle conditions developing into more serious problems due to lack of treatment.

The British Association of Physicians of Indian Origin (BAPIO) has worked with the government on the Earn, Learn, Return programme to encourage doctors and nurses from India to work in the UK. It has said it would be interested in launching a similar scheme for physios.

BAPIO’s president, Dr Ramesh Mehta, told Eastern Eye: “There is a huge shortage of workforce in the NHS, almost 100,000 staff in different parts of the organisation.

“Health Education England contacted us to help recruit doctors and nurses from India to hospitals. We would also be keen to assist other healthcare workers including physiotherapists.

“We want to ensure there is not a brain drain from India, so we want to help bring healthcare workers for a few years for experience then return to their home country.

“Also, [we should] develop a pipeline of healthcare workers, so there is another lot to replace them every two or three years.”

He added: “Ultimately, it will improve patient care. Staff are quite stressed, they have to work extra hours, and that strain is impacting on the quality of care. Happier staff means better patient care.”

Some trusts are testing holding physiotherapy appointments in GP surgeries. There have been shorter waits for these – an average of 44 days for routine appointments and 16 days for urgent ones.

Rob Yeldham, director of strategy at the Chartered Society of Physiotherapy, said therapists from abroad are “critical to services”, given the high vacancy rates.

Yeldham told Eastern Eye: “We have long argued for changes to visa rules; allowing overseas physio students who train here to automatically be able to work here, treating physios like nurses and doctors when it comes to visas and reducing the salary minimum for permanent settlement so that overseas physios can stay in the NHS.

“During the election, ministers promised that overseas physios would be eligible for a new NHS visa.

“We are yet to see the details, but will be pressing for this to address these issues.”

Prime minister Boris Johnson’s vow to give the NHS £34 billion more funding will be enshrined in law, it was announced in the Queens’s Speech in December. The government is also creating a new fast-track NHS visa, it was revealed.

Meanwhile, research found that between 2002 and 2012, 3,514 Indian physiotherapists applied for registration with the then UK Health Professions Council (HPC), according to Sheffield Hallam University.

Some 2,286 were registered, which was 27 per cent of overseas physiotherapy HPC registrants. The study said the number of Indian physiotherapists coming to study in the UK has reduced due to visa rule changes and the increased challenges of finding a job.

Dr Sanjiv Nichani, who works at Nuffield Health Leicester hospital, said: “Physiotherapists play a crucial role in the treatment and rehabilitation of patients of all ages.

“Physiotherapists are heavily involved, from admission of patients, particularly those with respiratory illnesses, and play a pivotal role in facilitating recovering by ensuring early mobilisation and muscle strengthening both of which are key to regain pre-illness function. I warmly welcome the addition of physiotherapists to the NHS work force.”

In response to the research by Equipsme, the East Sussex trust said there had been a “significant rise in referrals” and that recruitment was “challenging”, but it had plans to train new staff.

The Royal Bournemouth trust said: “We have seen an increase in referrals over the last seven years. This has put pressures on our therapy services, especially over winter, and we continue to manage workforce challenges.”