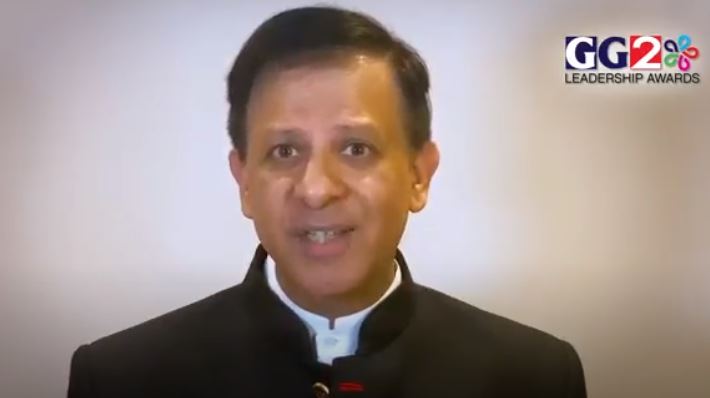 HIGH achievers from Britain’s medical and scientific communities were among top winners at the annual GG2 Leadership awards, held virtually for the first time on Thursday (25).

Britain’s nurses, who played a vital role in the pandemic, along with doctors, paramedics and other healthcare staff, were named winners of the GG2 Pride of Britain Award. Dame Donna Kinnair, CEO and general secretary of the Royal College Nursing, collected the award on behalf of the service.

Now in their 22nd year, the GG2 Leadership Awards celebrate the achievements of Britain’s ethnic minorities. They are hosted by the Asian Media Group, publishers of Garavi Gujarat and Eastern Eye news weeklies, as well as Asian Trader and Pharmacy Business magazines.

London mayor Sadiq Khan, who presented the top award, said, “These awards pay tribute to leaders who have changed our communities and our country for the better.

“It has been an extraordinarily difficult year. Many of you will have lost friends, relatives and colleagues to Covid-19.

“These awards are an opportunity to celebrate the resilience and commitment of so many in our community and I hope they inspire us all to pursue a more just and equitable world once restrictions ease.”

In all, 11 awards were presented on the evening.

Author and 2019 Booker Prize Winner Bernardine Evaristo OBE was named GG2 Woman of the Year, and Krishnendu Majumdar, chairman of BAFTA, won the GG2 Man of the Year.

An Asian businessman, Raja Suleman Raza, who worked to provide meals to NHS frontline staff as well as those in need through his One Million Meals programme, won the GG2 Spirit in the Community Award.

Farmida Bi CBE, chair of Europe, Middle East and Asia at Norton Rose Fulbright was the winner of the GG2 Outstanding Achievement in Law award.

She is one of the few women and only ethnic minority to head up a major law firm. Norton Rose, with more than 3,700 lawyers, is the second largest law firm in the US and one of top ten global firms.

Among other winners were Shalina Patel, head of teaching and learning at Claremont High School, who bagged the GG2 Inspire Award; Emmie Narayan-Nicholas, founder of Emmie’s Kitchen, who won the GG2 Achievement through Adversity Award and Amika George, founder, Free Periods, the recipient of the GG2 Young Achiever Award.

Emmie’s Kitchen, next to Royal Manchester’s Children Hospital, is run by volunteers and provides a lifeline for parents of sick children who can be fed as they stay close to their children.

As an undergraduate at Cambridge, Amika launched a campaign to supply girls eligible for free school lunches with free of charge sanitary products as well. Her petition got the attention of the government who then pledged £1.5 million to combat period poverty.

Patel, who writes a monthly column in Eastern Eye and Garavi Gujarat, is keen on teaching her pupils about the British empire. The course she created for her students was so popular that Patel now trains other schools to help them diversify their curriculum.

Her History Corridor posts on Instagram attract thousands of followers.

“We highlight the work of remarkable people and shine a light on their achievements so others can follow in their footsteps.

“Society needs heroes and we have seen many over the last year especially in the NHS where doctors and nurses have worked to exhaustion saving lives.”

In his acceptance speech, Dr Nagpaul said, “I would like to dedicate this award to the generations of ethnic minority doctors and healthcare workers who have tirelessy served in our health service for decades since its inception, who have been at the forefront for caring for the nation throughout the pandemic and without whom the NHS would not have survived and could not function today.”

Since the outbreak of the pandemic a year ago, Dr Nagpaul fought for safeguards and better PPE for frontline doctors and nurses.

He also pressed health secretary Matt Hancock to make the government’s coronavirus messaging “culturally sensitive” when it became apparent that the UK’s black, Asian and minority ethnic people were disproportionately impacted by the pandemic.

Over the past year, Dr Nagpaul – who has been fighting for a level playing field for black and Asian doctors as the first non-white head of his organisation – has frequently appeared on TV and regularly quoted in newspapers, politely and persuasively making his point.

Dr Ramasamy, the daughter of Sri Lankan immigrants and a graduate from both Cambridge and Oxford Universities, played a vital role in the development of the Oxford AstraZeneca vaccine, working long hours and at a relentless pace in the past year.

Paying tribute to the teams which worked on developing the vaccine, she said, “Vaccination is a really important part of controlling the spread of the Covid 19 disease. I’m delighted to have been part of the effort.”

GG2 Pride of Britain Award winner Professor Dame Donna Kinnair has been championing the voice of nurses in the UK. She said, “Nursing staff are at the frontline of Covid-19, and we see the importance of nursing so clearly in every aspect of the Covid response. We have seen the resilience, skills, innovation and compassion of nursing at its finest. But it has put the nursing staff under tremendous amounts of pressure and I will continue to support them as they work through this pandemic.”

BBC presenter Nihal Arthanayake was the master of ceremonies while Rekesh Chauhan, a British Indian pianist and composer provided the entertainment. 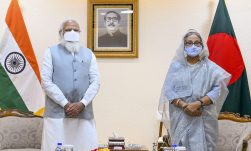 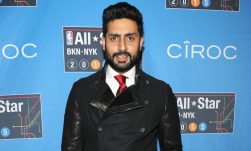 Entertainment
Who we are in reality gets lost in playing characters: Abhishek Bachchan 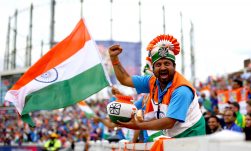 CRICKET
India-England games go behind closed doors because of pandemic