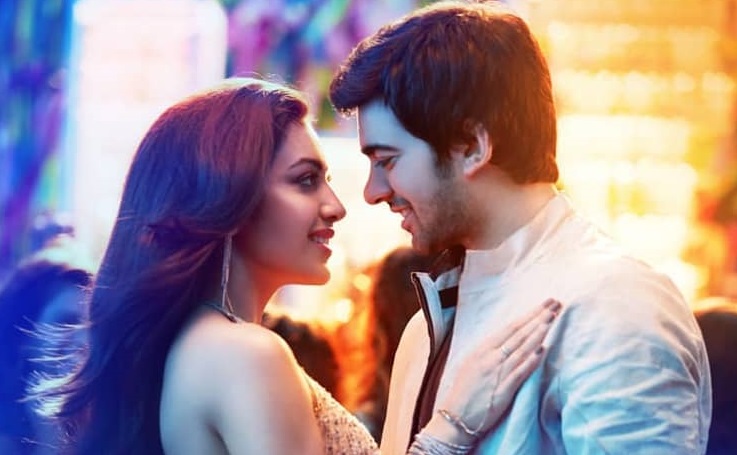 A morning show with hardly a few people in the theatre, and in the second half four of them get up and leave the theatre without watching what’s going to happen in the end. There were two girls sitting in the row behind me and one was shouting at another one, that I told you we should watch The Zoya Factor and not Pal Pal Dil Ke Paas. Well, even my heart was saying the same thing that watching The Zoya Factor for the second time would have been a better option than watching this Sunny Deol’s directorial.

If you want to know what your patience level is, you should watch Pal Pal Dil Ke Paas, and I happy to say that mine is quite high as I sat throughout the whole film. Yay! So, the movie is about Karan (Karan Deol) who owns a camp in Manali, Himachal Pradesh. Sahher Sethi (Sahher Bambba) a vlogger goes to Manali to review his camp. As expected, love blossoms between them. From Manali the movie shifts to Delhi, and then we just wait for the film to end.

Pal Pal Dil Ke Paas is written by Jasvinder Singh Bath and Ravi Shankaran. The story is outdated and the screenplay is totally scattered. The writers didn’t even put an effort to give some different names to the characters of the lead actors. They opted to keep their real names for the characters in the film. We wonder why…

While the story and screenplay are not up to the mark, even Sunny Deol’s direction looks sloppy. When Karan and Sahher are doing some adventures in the beautiful snow-capped mountains, we don’t feel any adrenaline rush while watching it on the big screen. Even the emotional and romantic scenes fail to connect with us.

Talking about performances, Karan Deol is really bad in the film. It looks like he is just reading the dialogues without giving out any expressions. Even in songs, his lip-sync is not up to the mark. Sahher Bambba, in the first half, is really bad but manages to impress us a bit in the second half. At a point in the first half, it feels like Karan and Sahher are competing who will perform more badly. The only good performer in the film is Aakash Ahuja. His bad guy act is good.

Coming to the music, the song that leaves a mark is Dil Uda Patanga that too because Sahher has gracefully danced in it.

Overall, Pal Pal Dil Ke Paas is not worth a watch. The makers should give free painkillers with the tickets as you will need it after watching the film.