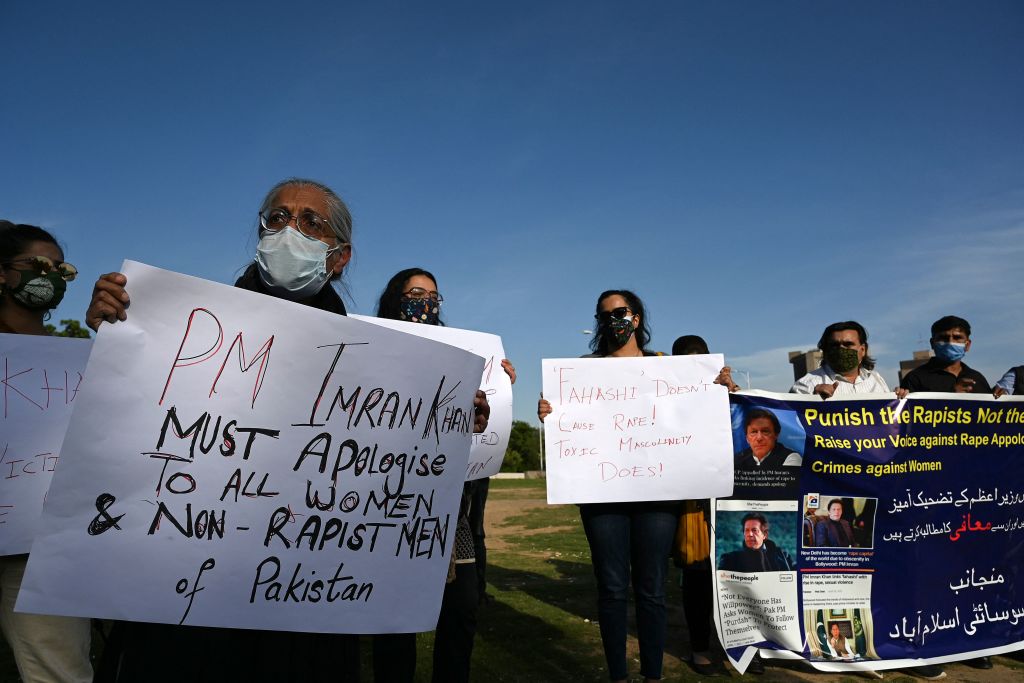 Civil society activists hold placards during a protest against Pakistan prime minister Imran Khan’s remarks blaming how women dress for a rise in rape cases, in Islamabad on April 8, 2021. ((Photo by AAMIR QURESHI/AFP via Getty Images)

PAKISTAN has introduced chemical castration as a possible punishment for serial rapists under a law that also calls for faster trials of suspected sexual offenders, a government official said on Thursday (18).

Chemical castration, carried out by the use of drugs and reversible, is practised in Poland, South Korea, the Czech Republic and some US states.

Prime minister Imran Khan said last year he wanted to introduce the penalty amid a national outcry over increasing offences and the specific case of a mother of two driving along a major highway who was dragged out of her car and raped by two men at gunpoint.

Fewer than 3 per cent of rapists are convicted in courts in Pakistan, according to the non-profit organisation, War Against Rape.

Amnesty International has called for investigations into the causes of sexual assaults instead of opting for harsher punishments.