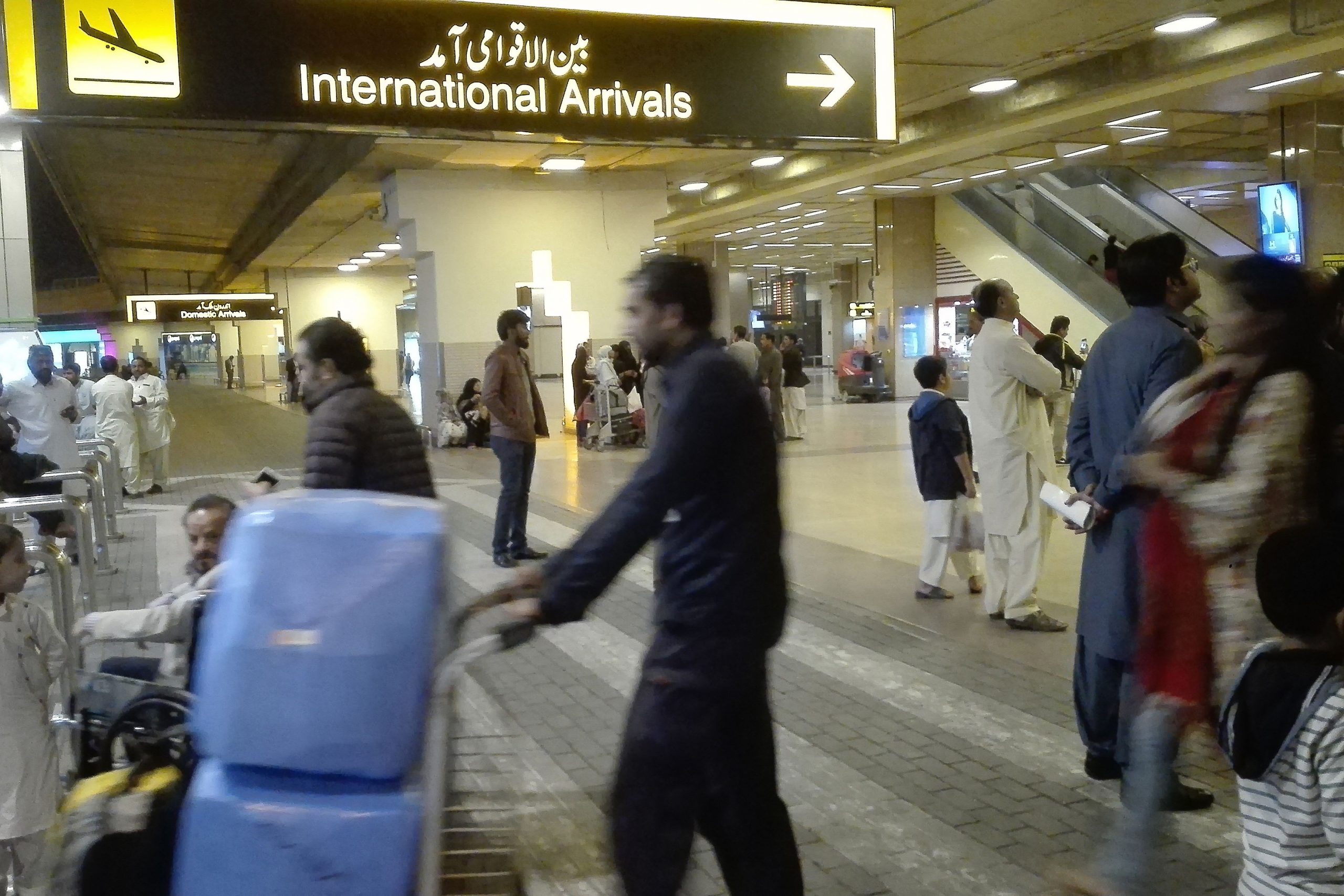 Passengers walk after their arrival at the Jinnah International Airport in Karachi. (Photo by ASIF HASSAN/AFP via Getty Images)

Pakistan’s top health official has written to the UK’s health secretary highlighting the ‘discrepancies’ in the British government’s policy to retain Pakistan on the COVID-19 travel red list while moving India to the amber list.

Pakistan was placed on the red list in early April and India on April 19 but unlike Islamabad, New Delhi was moved to the amber list on August 5 along with some other countries, prompting an uproar against the government’s decision.

‘The UAE, Qatar, India and Bahrain will be moved from the red list to the amber list. All changes come into effect Sunday, August 8, at 4 am,’ UK transport secretary Grant Shapps tweeted.

In the letter to UK’s health secretary Sajid Javid, Pakistan’s special assistant on health Faisal Sultan juxtaposed the country’s pandemic statistics with those of other countries in the region. The letter has been shared by human rights minister Shireen Mazari on Twitter.

Sultan said a three three-pronged approach should be used to stop the infected people from traveling. It includes a ‘valid proof of having received a WHO (World Health Organisation) approved COVID-19 vaccine, a PCR (polymerase chain reaction) test (72 hours prior to departure) and a rapid antigen test at the airport, pre-departure.’

He also said the tests being done in Pakistan constituted a large enough sample size to be an accurate barometer of the epidemic.

Sultan said in the letter that while surveillance data, on which the UK says its decision is based, was ‘undeniably important’, the country’s overall track record of managing the pandemic held more significance.

He, however, admitted that Pakistan lagged behind the UK in the area of genome sequencing, but added that using genomic sequencing as a performance measure and citing it as a reason to deny travel was unnecessary.

It ‘appears to introduce an unnecessarily larger metric, whereas disease security can be reliably achieved via somewhat more targeted measures,’ he said.

Pakistan was bothered by the UK government’s decision as a large community living in the UK has roots in Pakistan, and they frequently travel to meet their relatives in Islamabad.

The UK’s red list allows entry only to British residents and some student visa holders, subject to a compulsory quarantine at a government-mandated hotel for 10 days at the passenger’s own cost of £1,750.

A downgrade to amber means passengers are exempt for such a government-run quarantine but must fill in the compulsory passenger locator form to provide an address where they would be undergoing the 10-day self-isolation.

Pakistan registered over 4,800 new coronavirus cases on Wednesday, taking the total number of active cases in the country to 84,177. The coronavirus death toll crossed the 24,000-mark in Pakistan after the country reported 86 fresh deaths, the National Command and Operation Centre (NCOC) said on Wednesday.