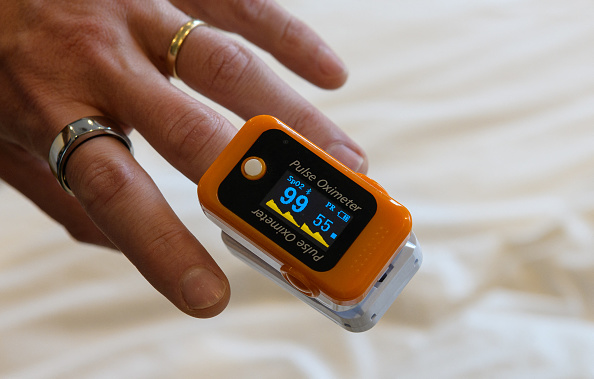 OXIMETERS can overestimate the amount of oxygen in black and minority ethnic people, NHS England and NHS Race and Health Observatory said on Sunday (1).

Official NHS guidance has been changed for the use of blood oxygen monitors after it was found that they may not be as accurate when used on deeper skin tones. The devices beam light through the blood, and skin pigmentation may affect how light is absorbed, reports said citing Covid experts.

NHS Race and Health Observatory had published a rapid review with recommendations into the accuracy of Pulse Oximeter readings for people from black, Asian and minority ethnic backgrounds in April, outlining a series of recommendations for national healthcare, regulatory and research bodies to address misleading readings, amplifying higher levels of oxygen in blood, for individuals with darker pigmentation and skin tones.

“There have been some reports [oximeters] may be less accurate if you have brown or black skin. They may show readings higher than the level of oxygen in your blood,” says the NHS website, adding that one should still use a pulse oximeter, if given one.

Director of the NHS Race and Health Observatory, Dr Habib Naqvi, said: “We need to ensure there is common knowledge on potential limitations in healthcare equipment and devices, particularly for populations at heightened risk of life-changing illness, this includes black, Asian diverse communities using pulse oximeters to monitor their oxygen levels at home.”

The news NHS guidance came after it emerged that a disproportionate number of black, Asian and minority ethnic people have died with Covid-19 throughout the pandemic.

Birmingham residents Ranjit Senghera-Marwaha and her husband Harjeet Marwaha, both of whom contracted the virus last year, have welcomed the updated guidance.

Ranjit, an NHS Volunteer Responder and Carer, from Birmingham, who had  suffered from pleurisy, was hospitalised with Covid-19 pneumonia in December 2020, detailed how misleading readings from pulse oximeter added to his sufferings.

“No one ever told me about pulse oximeters, had I known before I would have been checking my oxygen levels instead of struggling to breathe at home and waiting to see the GP. I had never been offered one nor asked if I had one,” he said.

“It’s really sad. We’ve lost so many black and minority ethnic people to Covid.  Maybe if some had known about these devices, they could have made informed decisions,” Ranjit said.

The couple have since made sure that relatives and friends, who have purchased oximeter devices, know about the risk of variations in readings.

A few days ago Marika Mason from London, learnt her daughter Natasha had contracted the Covid-19 virus.

“I spent days searching for a pulse oximeter so Natasha could monitor her blood oxygen levels accurately at home and detect early signs of deterioration. I was wrong however because I have since discovered pulse oximeters are not as effective in detecting oxygen levels in people with darker skin.

“The guidance warns people with brown and black skin to be cautious about the risk of inaccuracy of oxygen level readings but these are potentially life-saving, affordable medical products. It’s a shame these devices may not work equally as well for people who are already disproportionately affected by severe Covid symptoms and death,” Mason said.

The NHS also says anyone with concerns is advised to look for changes over time rather than relying on a single reading.

While normal oxygen level in the blood is between 95 per cent and 100 per cent, there are reports that in many people suffering from severe Covid-19, levels of drops to 70 and 80 per cent.

Oxygen levels in the blood can drop to dangerously low levels without the patient noticing, in what is known as “silent hypoxia”. People whose oxygen levels have fallen below 92 per cent are urged to go to A&E for medical attention.