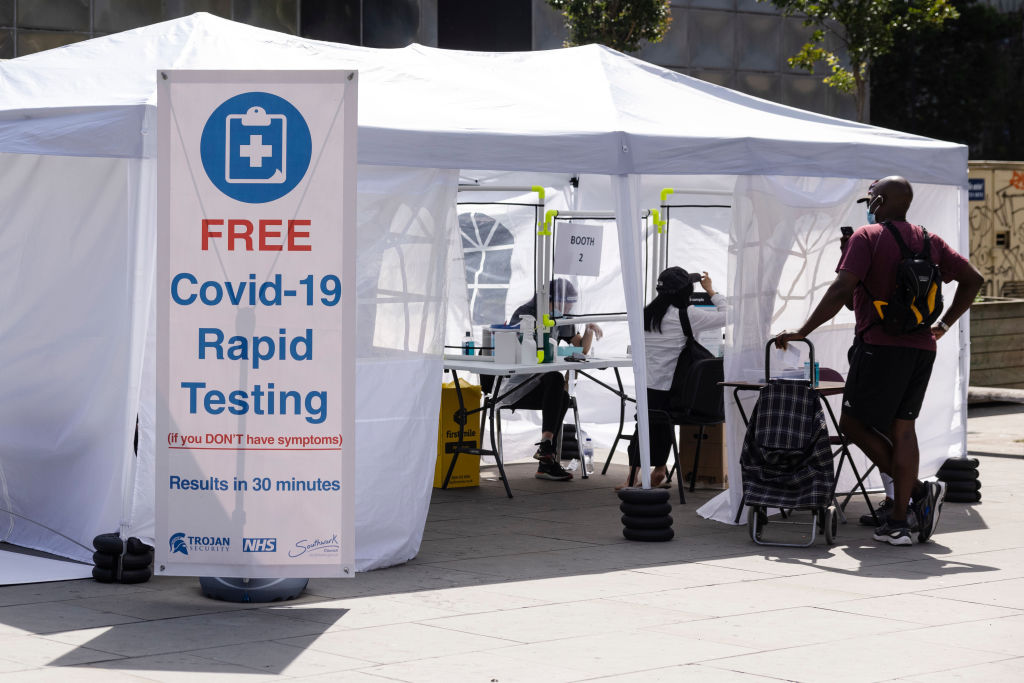 A Covid-19 rapid testing facility set up in Elephant and Castle on June 15, 2021 in London, England. (Photo by Dan Kitwood/Getty Images)

Co-founded by Gordon Sanghera, the company is working with Bank of America, Citi and JP Morgan to launch an initial public offering (IPO) and list its shares on the London Stock Exchange (LSE), media reports said.

The most recent fundraising efforts valued Oxford Nanopore at £2.48 billion ($3.42 billion) and this is expected to be the benchmark when it issues shares to the public.

The company raised £195 million in May this year, taking IP Group’s stake in it to 14.5 per cent. Singapore’s Temasek is another major shareholder of the Oxford-headquartered company which provides rapid Covid-19 tests to the UK’s National Health Service (NHS).

The proportion of offer of sale from promoters and fresh issue of shares is not known yet, but its anticipated float on the LSE could boost the local stock market as the company is bucking the trend of biotech firms going for Nasdaq listings.

Oxford Nanopore said in March that it was preparing for a float in the second half of the year “depending on market conditions”.

Founded in 2005 as a spin-out from the University of Oxford, the company provides DNA/RNA sequencing technology for biomedical, pathogen, plant and animal scientific research, infectious diseases and food and agriculture sectors.

The company employs about 600 people from multiple disciplines including nanopore science, molecular biology and applications, informatics, engineering, electronics and manufacturing.