Only four Afghans brought to UK since Taliban took over Kabul

The government cites significant challenges in ensuring safe passage for those eligible for resettlement in Britain. 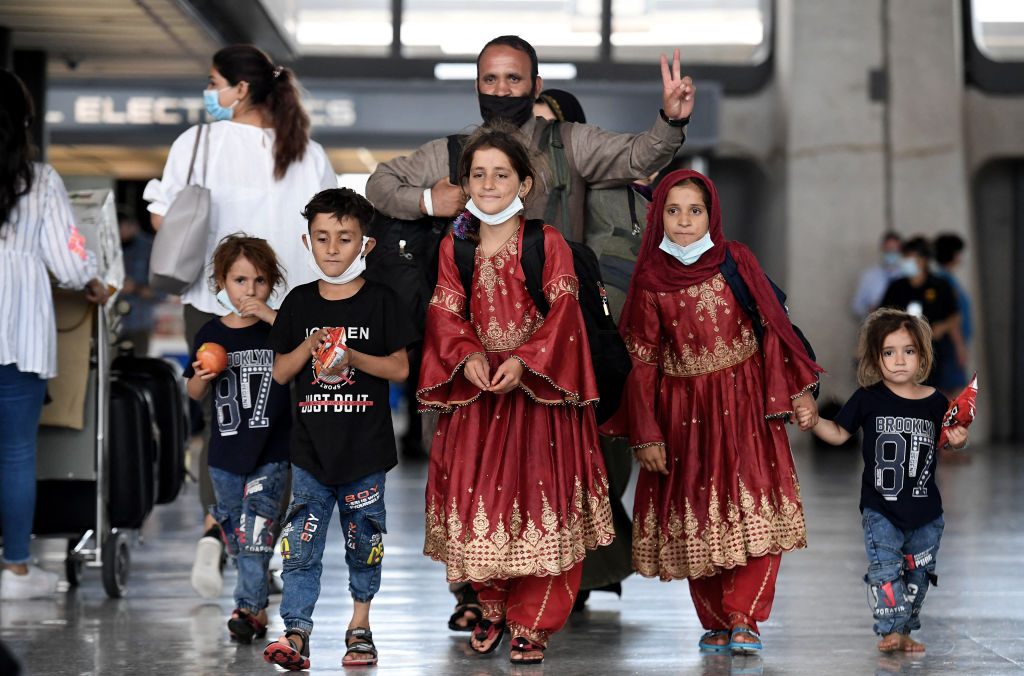 Afghan refugees arrive at Dulles International Airport on August 27, 2021 in Dulles, Virginia, after being evacuated from Kabul following the Taliban takeover of Afghanistan. (Photo by OLIVIER DOULIERY/AFP via Getty Images)
Follow Us

Only four people who left Afghanistan after the Taliban seized power in the country have been resettled in the UK, official figures revealed amid the criticism of London’s “cold shoulder” to Afghans who “served British interests”.

The government attributed the low number to challenges it faced in ensuring safe passage for the Afghans eligible for resettlement.

It comes against the backdrop of the UK’s Afghan Citizens’ Resettlement Scheme (ACRS) to resettle up to 20,000 Afghans over five years including 5,000 in the first year.

Some 6,314 refugees who are already in the UK have been granted indefinite leave to remain, the Independent reported.

Nearly 6,000 are granted visas under the Afghan Relocation Assistance Policy which aims at supporting Afghans who worked for the British army and their families.

Several Afghans who assisted the US-led Western forces in the Asian country have been at risk of reprisal from the Taliban which came to power in 2021.

At least 160 Afghans died in revenge attacks since the chaotic withdrawal of western troops in August last year, according to UN figures.

The Home Office said the UK brought more than 22,800 vulnerable Afghans to safety.

“However, the situation is complex and presents us with significant challenges, including safe passage out of the country for those who want to leave and who are eligible for resettlement in the UK,” its spokesperson told the Independent.

The shadow minister for immigration, Stephen Kinnock, said the UK was indebted to those “courageous Afghans” who served British interests in Afghanistan and it should honour its debt.

“Operation Warm Welcome has become Operation Cold Shoulder, due to the Conservative government’s toxic combination of incompetence and indifference,” the Labour MP said.

The government “must urgently clear the asylum backlog at home, while working more effectively with the UNHCR to keep the promise they made last autumn to bring vulnerable Afghans to safety,” he said.

Mary Atkinson of the campaign group Joint Council for the Welfare of Immigrants, “We shouldn’t allow this government to get away with its shameful abandonment of the Afghan people – we need a fully functioning Afghan resettlement scheme now.”