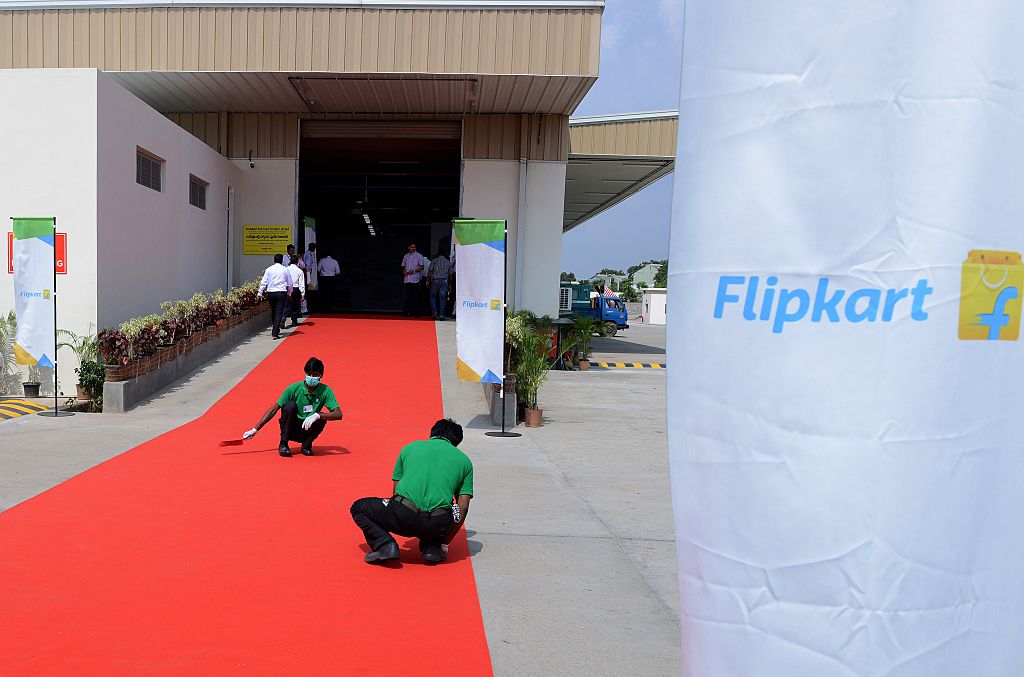 The Flipkart Group merged as the leader during Indian festive sales this year with a 62 per cent market share. (Photo by NOAH SEELAM/AFP via Getty Images)

ONLINE platforms in India logged sales worth $9.2 billion (£6.8 bn) during this year’s festive sale, up about 23 per cent over last year, according to consulting firm RedSeer.

RedSeer had predicted that online platforms were expected to potentially clock $9.6 bn (£7.1 bn) gross merchandise value (GMV) during the entire festive season this year, as against $7.5 bn (£5.6 bn) last year.

“A slew of new launches and easy financing options meant that mobiles continued to remain the most widely-sold product category during this time, accounting for more than a third of the total GMV,” RedSeer said in its report.

With hoards of people finally getting to leave their homes after months of lockdown, the fashion category witnessed a resurgence like never before.

Driven by consumers’ desire to refresh their wardrobes and innovative business models catering to shoppers in tier-2 cities, the sales of fashion items via online channels doubled this year, RedSeer said.

On the other hand, the categories that witnessed subdued growth this year included home furnishings, home decor and electronics, it added.

The overall online shopper base grew by about 25 per cent compared to last year, with 57 per cent of the total shoppers coming from tier-2 cities and beyond, indicating that this year’s festive sales were dictated by affordability schemes.

“While the overall online GMV and the absolute number of shoppers both increased, the GMV per user declined from Rs 6,570 (£65.9) to Rs 6,490 (£65.1) as relatively less expensive items such as fashion products saw an increase in their share of the overall GMV,” it said.

The Flipkart Group emerged as the leader during the festive sales with a 62 per cent market share, it added.

E-commerce companies see a large chunk of their annual business coming in during the festive sales and they make significant investments ahead of the season to ramp up their capacity and add features to be able to handle the spike in orders.

Companies across the spectrum including Flipkart, Amazon, Snapdeal and Myntra had lined up new launches and offers to woo shoppers during the festive season.