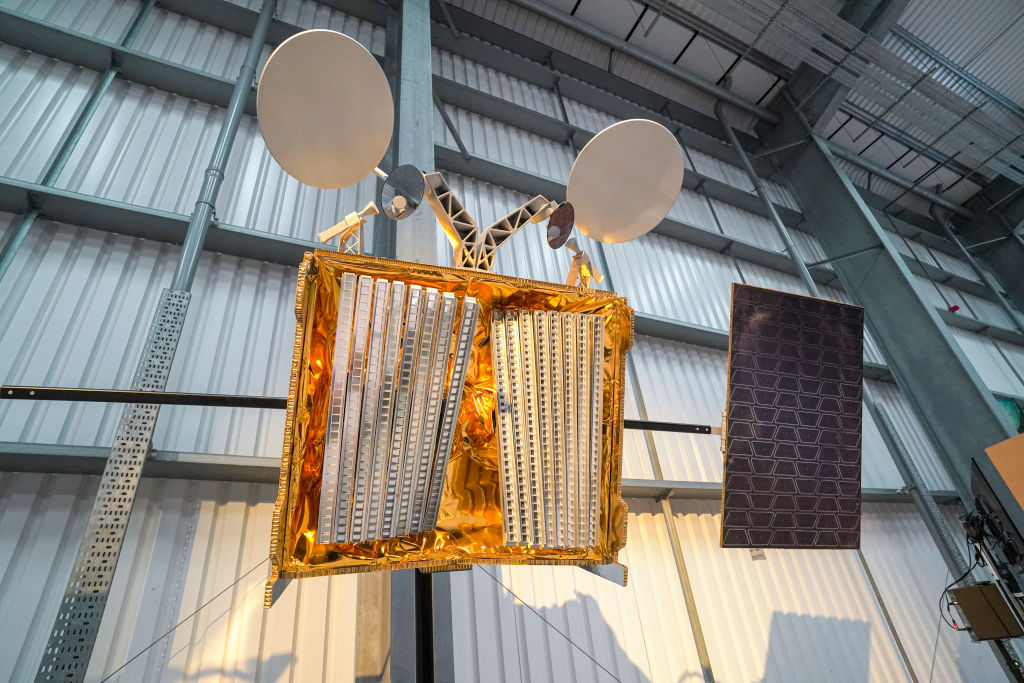 A OneWeb satellite on display on the opening day of the Story of a Satellite summer exhibition at Spaceport Cornwall , England, on August 2, 2021. (Photo by Hugh Hastings/Getty Images)

SATELLITE communications company OneWeb has completed its acquisition of the Texas-based TrustComm.

Now a wholly-owned subsidiary of OneWeb following the acquisition, the American company will be known as OneWeb Technologies Inc, which will be led by its CEO Bob Roe.

TrustComm is involved in providing managed satellite communications and professional services to commercial and government organisations.

Under the terms of the agreement with the American government, TrustComm will be tasked with providing governments of the US, UK, Canada, Australia, and New Zealand, NATO, the UN and other strategic partners with next-generation, satellite connectivity, OneWeb said in a statement.

OneWeb, which was rescued from bankruptcy by the UK government and India’s telecommunication giant Bharti Enterprises, said the completion of the deal would help it deliver low-latency service to governments.

Even as OneWeb is expanding, the European Union is weighing its options of buying a stake in a satellite broadband company, a media report said, suggesting the UK-based company could be a potential target.

Without naming any company, the European Commission has asked industry players and individuals to weigh in on the merits of backing a non-EU satellite provider, The Telegraph reported, adding that OneWeb “would be seen as the most likely option”.

European Space Agency chief Josef Aschbacher said last week that the UK has some assets in OneWeb which he “would like to make good use of for secure connectivity”.

“OneWeb is certainly an important aspect for me in this element where different building blocks will play a role,” the report quoted him as saying.

OneWeb’s executive chairman Sunil Mittal too is believed to have offered to collaborate with the EU.

Bharti Enterprises own a 38.6 per cent stake in OneWeb, while the UK Government, SoftBank and European satellite operator Eutelsat own 19.3 per cent each.