One in 16 UK firms are at risk of closure in three months, research shows 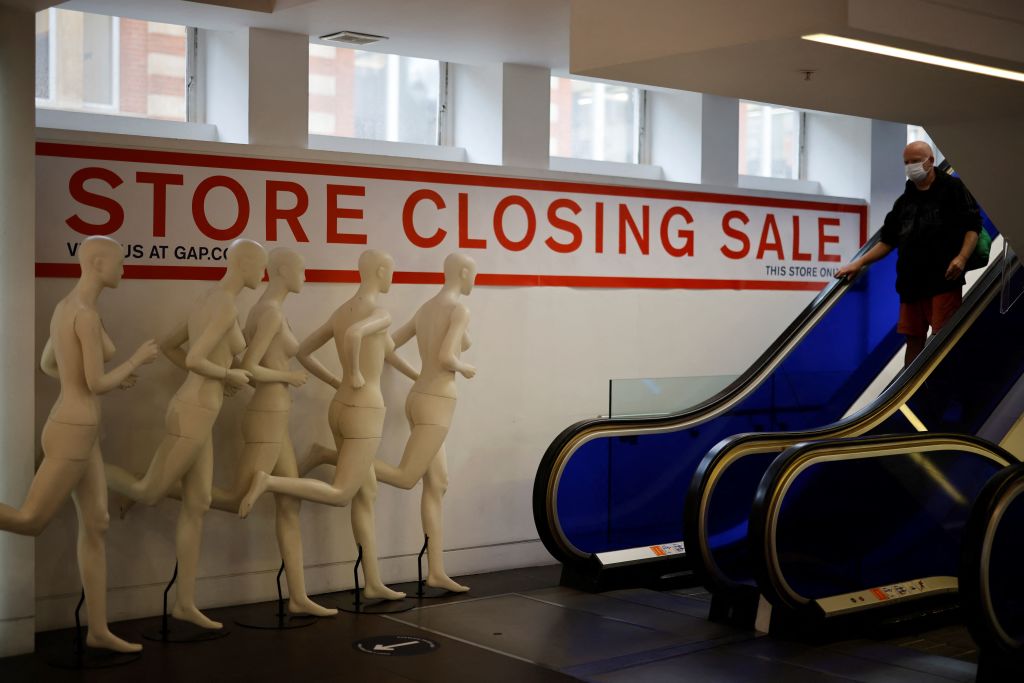 Undressed mannequins are displayed during a Store Closing Sale at a GAP store in central London on July 28, 2021. (Photo by TOLGA AKMEN/AFP via Getty Images)

A NEW study has revealed that one in 16 UK firms are now at risk of closure in the next quarter putting a million jobs at risk, reported The Guardian.

The LSE’s Programme on Innovation and Diffusion (POID) study has warned that the risk to so many workers coincides with the planned end of the furlough jobs scheme and a cut to universal credit by £20 a week, the report added.

The hard-hit entertainment and travel industries are still making heavier use of the furlough scheme. The number of people being paid through the UK scheme stood at 1.9 million at the end of June and it is due to close at the end of next month.

He called for the government’s Kickstart and Restart jobs schemes to be expanded dramatically in preparation. The Trades Union Congress (TUC) also urged the creation of a permanent short-time working scheme.

Peter Lambert, one of the authors of the POID research, said the end of the furlough scheme would be “an inflection point” where the economy could go either way.

“I think there will probably need to be some continuation of support in specific sectors. My bet is there’ll be more targeted support because unless the economy really, really picks up, there’s going to be lots of people still left in the lurch in specific sectors,” he told The Guardian.

There are also concerns over the impact on families switching from furlough support to universal credit, especially as the £20-a-week increase brought in at the start of the pandemic is to be withdrawn this autumn.

According to the report, the move from furlough on to universal credit will create a significant income shock for some.

The difference could be as much as £2,304 a month for a couple who had both been furloughed, according to the Policy in Practice consultancy. It also found that the loss of the £20 weekly increase would mean 683,000 households, covering 824,000 children, will no longer be able to meet their essential costs.

The reintroduction of the so-called “minimum income floor” could see some households lose £771 a month, the study reveals.

Deven Ghelani, chief executive of Policy in Practice, told The Guardian: “By removing the pandemic’s protective measures too early, the government is introducing an autumn of income shocks to families who depend on this support.”

Jack Leslie, a senior economist at the Resolution Foundation, said that the cut to universal credit for 4 million families in the UK will have a really big impact on those individual families, but also on the economy as a whole.

“We deliberately went long with our support to provide certainty to people and businesses over the summer; and that support is continuing with reduced business rates and cuts to VAT in place until March 2022, and the furlough scheme running until the end of September,” a Treasury spokesperson told the newspaper.

“The universal credit uplift was always intended to be a temporary measure to help households through the pandemic, but we are continuing to support people and ensure they have the skills and opportunities they need to get great jobs.”