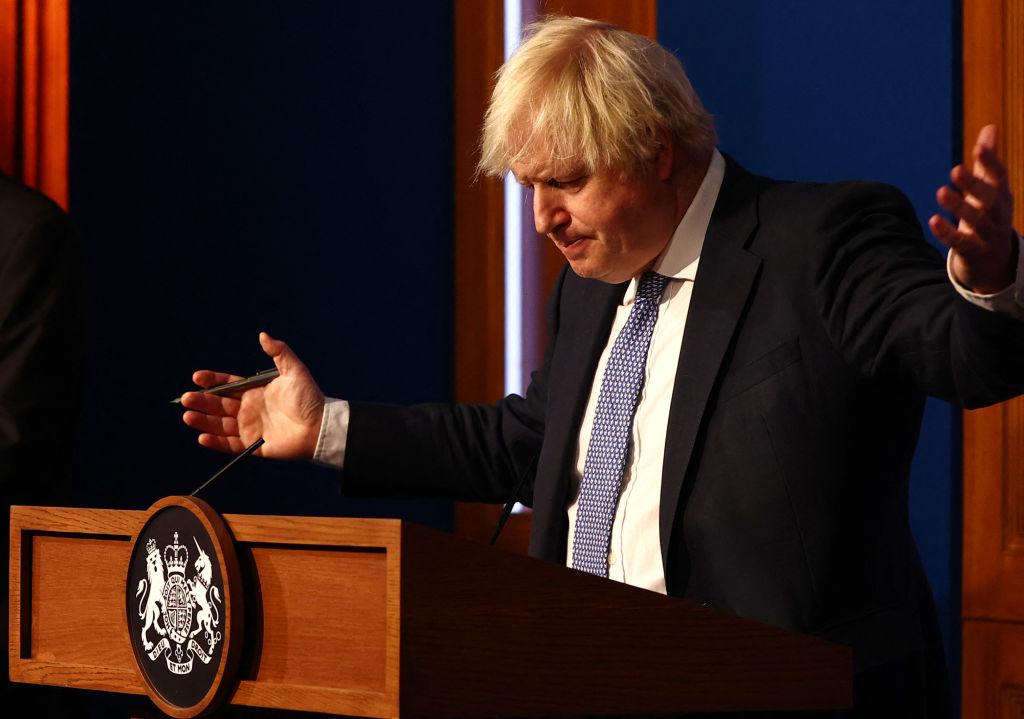 BRITISH prime minister Boris Johnson has announced the tightening of virus restrictions in England as Omicron variant cases surge, including guidance to work from home and mandatory Covid passports.

Johnson said at a briefing that the rate of Omicron cases was doubling every two to three days, risking a “big rise in hospitalisations”.

“We must be humble in the face of this virus”, he said, adding that it was “the proportionate and the responsible thing to move to Plan B in England”.

The UK has had more than 10 million confirmed cases and nearly 146,000 people have died from the virus, one of the highest tolls in Europe.

Health secretary Sajid Javid said Wednesday (8) there have been 568 confirmed cases of the newly discovered Omicron variant, but the true figure is “probably closer to 10,000”.

Johnson said that it was becoming increasingly clear that Omicron is “growing much faster than the previously dominant Delta variant and “we can’t yet assume Omicron is less severe than previous variants”.

“We just have to respond today in the way that we are,” he said, while insisting the new measures do not amount to a lockdown and people can continue with Christmas parties and children’s events such as Nativity plays as long as they “exercise due caution”.

As part of a raft of new measures, the government is reintroducing advice to work at home in England.

“From Monday (13), you should work from home if you can — go to work if you must,” the prime minister said.

He added that the government in a week’s time will make it compulsory to show Covid vaccine passports in England for the first time, while the devolved administrations of Scotland and Wales have already brought in similar measures.

The passes will be required “for entry into nightclubs and venues where large crowds gather”, Johnson said, specifying that this would mean indoor venues where more than 500 people gather unseated.

He also said that the passes will be required for any venue with more than 10,000 people present, such as sports stadiums. Four Premier League football matches will take place next Wednesday (15).

People will have to show certification that they have received two vaccine doses or taken a negative lateral flow test.

The government is also making it a legal requirement to wear masks in “most public indoor venues, including theatres and cinemas”, Johnson said. Mask-wearing is already legally required in England on public transport and in shops.

Johnson announced the stringent measures while facing public anger over video footage of his aides joking about an alleged illicit Christmas party at Downing Street during last year’s lockdown.

The footage aired on national television showed aides laughing as they discussed how to respond if questioned about a “fictional party” at Downing Street, at a time last year when many families had to cancel long-awaited Christmas gatherings.

Johnson on December 19, 2020, announced a strict “stay at home” alert level for London and southeastern England.

The prime minister has insisted that to his knowledge there was no party inside his Number 10 Downing Street office and no rules were broken. He has ordered an investigation into the incident.

An advisor to Johnson, Allegra Stratton, who was his press secretary when she was featured in the footage, gave a tearful resignation speech on Wednesday. She offered “profound apologies”, saying she would “regret those remarks for the rest of my days”.