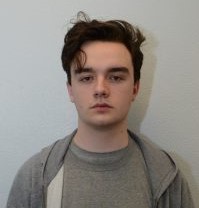 THE teenage “boss” of a right-wing terror cell has been sentenced to more than 11 years in lock-up for plotting to eliminate his Asian friend.

Matthew Cronjager, 18, from Ingatestone in Essex, attempted to find a 3D-printed gun or a sawn-off shotgun to kill his target who talked of having slept with three white women, the Central Criminal Court heard.

The neo-Nazi had also created an online library to share fascist propaganda and manuals for making explosives.

However, the police got wind of his activities after an undercover officer got into the Telegram group, The British Hand. In a series of messages, Cronjager discussed arranging a drop-off location for 3D-printed guns, the BBC reported.

Arrested on 29 December 2020, he admitted during his trial at the Old Bailey that he held extreme views but regretted them.

His victim, who at first could not believe that the teenager plotted to kill him, said he felt “hurt” and “betrayed”.

“The strange thing was it wasn’t just the fact that Matt was plotting to kill me that hurt initially, it was the fact that we had been having serious conversations about our future, and we had been exchanging Christmas greetings, meanwhile in the background he was planning to make that my last Christmas, that really hurt”.

Judge Mark Lucraft, who sentenced Cronjager to 11 years and four months in youth detention on Tuesday (19), said, “it was obvious that you are a bright and intelligent young man. In a way that makes the content of some of the messages you sent all the more troubling”.

“In my view, you are someone who played a leading role in a terrorist activity where the preparations were not far advanced,” the judge said, according to the Evening Standard.

Cronjager had previously been found guilty of preparing for acts of terrorism.