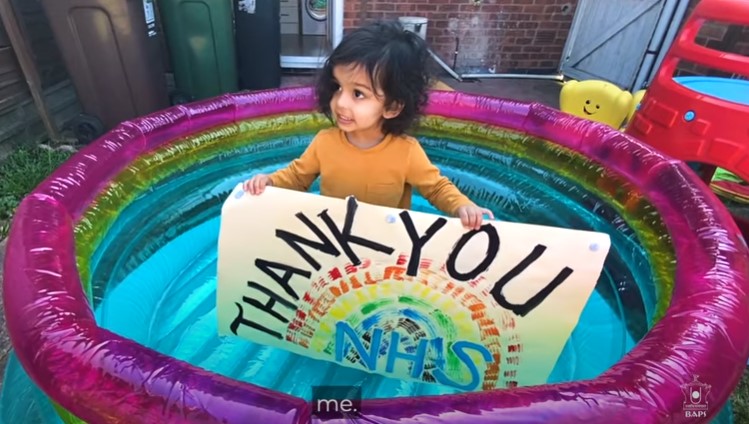 A screen-grab from the BAPS Neasden Temple's video paying tribute to key workers.

The BAPS Neasden Temple in London has launched a video paying tribute to UK’s key workers battling the Covid-19 pandemic.

The video — based on a poem titled ‘Serving Together in the Joy of Others’ — features British Hindu key workers who are part of the BAME frontline army.

There are about a million Hindus in the UK, comprising less than 2 per cent of the total population, but the proportion of British Hindus in the healthcare sector and other key roles is far higher.

The video essentially captures Neasden Temple creator His Holiness Pramukh Swami Maharaj’s teaching: “In the joy of others lies our own.”

Segments of the poem are rendered by British Hindus serving on the frontline in a wide array of fields, including as medical professionals, hospital administrators, lab researchers, shopkeepers, a hospital chef, a bus driver, and even a pilot.

“The dedication to public service among British Hindus is often attributed to the ethos of selfless service prescribed in the Hindu faith,” said a temple statement.

“The video pays tribute to and thanks key workers who are serving tirelessly and selflessly to protect the people of our country and to save lives, often at the risk of their own.”