The association celebrated its 25th anniversary this week. 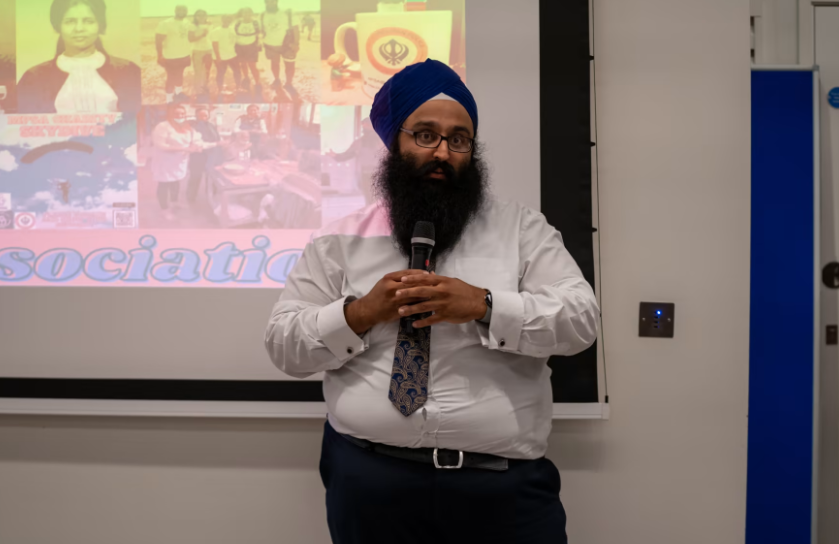 In a blog published on the Met Police website following the 25th anniversary of the Association, Gupta spoke about the role his faith plays in keeping London safe.

He said Sikhism believes “in one creator who exists in all of us and “we aim to connect that ‘one’ inside us all, in order to protect and serve everyone.”

He also recalled how the association which now has about 650 members came into being after the idea was conceived at a Punjabi restaurant in London 25 years ago.

He wrote: “Twenty-five years ago, enveloped by the warmth and tandoori aromas inside London’s oldest Punjab restaurant, a small group of Sikh police officers and staff, passionate about their faith, community and fighting crime, founded the Met Police Sikh Association (MPSA).

“The association would be a support network for the ever-growing number of Sikhs joining ‘the job’. Its members would help make the Met more Sikhi-savvy and better qualified to serve the capital’s Sikh community, which today totals more than 125,000 people.

“When the MPSA was formed, it had been only 27 years since the then Home Secretary James Callaghan approved Sikh police officers wearing the darstaar – or turban – on duty.

“Met Special Constable Harbans Singh Jabbal was the first to go on patrol in a turban, less than a year later. That was a landmark moment – an acknowledgement of and respect for the diversity of the people within the uniform and the people they, and every other police officer in London, were there to protect.

“Having the option to wear a darstaar ‘on the beat’ is exceptionally important to Sikh police officers – the turban is a constant reminder of God’s presence and the high moral standards he expects of us. High standards which should be in the forefront of every police officer’s mind, irrespective of faith.

“Fellow Sikhs will recognise many core values in our faith that mirror those we should hold to in policing, not least of all seva, the principle of protecting others and giving back to the community. We also value equality and acceptance of all, irrespective of faith, rank or who is the police officer in a situation.

“Speaking to other Sikhs every day, I know many are rightly troubled that some officers haven’t upheld these values. In 2022, seeing a police officer in a dastaar is not enough to bridge the divide this kind of betrayal of trust creates – a divide that if not addressed will see fewer people turn to the police for help, to assist us or to choose us as an employer.

“The MPSA supports the Commissioner in his drive to achieve more trust, less crime and high standards. We share his determination that this will be done – and can only be done – by connecting better with communities.

“This week, to mark 25 years of the MPSA and more than 50 years of Sikhs in the Met, we invited Sikh Londoners to New Scotland Yard to meet senior officers and some of the 650 MPSA members helping keep people safe in really varied roles such as counter-terrorism investigations, local policing and victim care.

“We were delighted to be played devotional music by talented children from the Atam Academy in Redbridge and surrounded by the vibrant and thought-provoking artwork of local Sikh artists.

“It was a celebration of Sikh culture inside and outside the Met and also a moment to have candid conversations about crime and policing. It was an opportunity to reflect on how far the Met and the Sikh community in London has come, but how much further we could and should go.

“In Sikhi, we believe in one creator who exists in all of us, who is free of gender, religion, nationality or sexual orientation. We aim to connect that ‘one’ inside us all, in order to protect and serve everyone.

“You don’t have to be Sikh to value the notion of everyone uniting to help the community; and any one of us – police officer or member of the public – can start the conversations that will help create change,” Gupta wrote.

Scotland Yard acknowledged the MPSA is one of many staff associations in the Met representing diversity in faith, gender, sexuality, ethnicity and disability.