SINGER, songwriter and producer Ezu has been singing since the age of four and has
gone from performing covers of musical icons from diverse genres to releasing original songs. The self-taught 19-year-old, who is able to effortlessly sing in Hindi, Punjabi and English, has diverse influences, something that was evident when Ezu selected 10 songs he loves.

U Got It Bad by Usher: I love this because it was one of the first r’n’b songs I ever heard
growing up. I was brought up listening to the genre and so this, for me, is an absolute classic by an amazing artist.

Eyes On You by Jay Sean: The first song I ever learned when I first started singing at the age of four. I remember seeing Jay Sean perform live in Trafalgar Square and after going back home, I pretended to be him by standing on my couch and singing his songs.

Hypnotize by Biggie Smalls: My favourite rapper of all time. His writing style, flow and
the way he told stories through his songs was something not many rappers can do. One
thing that really attracted me towards Biggie’s music was his ability to bring together both
rap and r’n’b.

Mirrors by Justin Timberlake: One of the first songs I sang after my voice had broken.
There was a time when I couldn’t sing because I was unable to hit certain notes, but
Mirrors was a song I challenged myself to learn how to sing again. I still sing it today.

Slide by Ezu: One of my own songs, but also a favourite because I was able to really tell a
story lyrically. With this song I matured lyrically and could show people a different side to
me. Being able to incorporate r’n’b into urban Asian music is something I value a lot.

Bulleya by Papon: My favourite Bollywood song ever. There’s something about this song
that makes me feel a certain way. Bollywood music has something special able to touch
people’s heart and this song represents that.

Enna Sona by Arijit Singh: I loved the original so much and to see Arijit Singh bring it
back to life was incredible. He made the song modern, but still kept the romantic element of it. This song definitely held up the legacy of the original.

Exchange by Bryson Tiller: Just when I thought r’n’b had died, Bryson Tiller came out
with this banger and the rest of his album, which reinvented the genre and bought a new
style of r’n’b.

7 Days by Craig David: Jay Sean and Craig David were a big influence on me and the way they were able to sing and rap at the same time intrigued me and I used to imitate them. I practiced every day and now I think it’s safe to say I’ve been able to pull it off pretty well.

Jaaniya by Ezu: My debut single has got to be in my top 10. Many people said this and I also say it’s one of the catchiest songs I’ve written and sung because it has all the elements of a successful pop song. This song introduced me as a singer and still remains
popular. I owe it a lot. 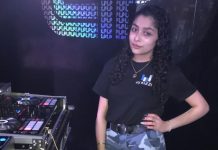 My playlist with DJ Kizzi