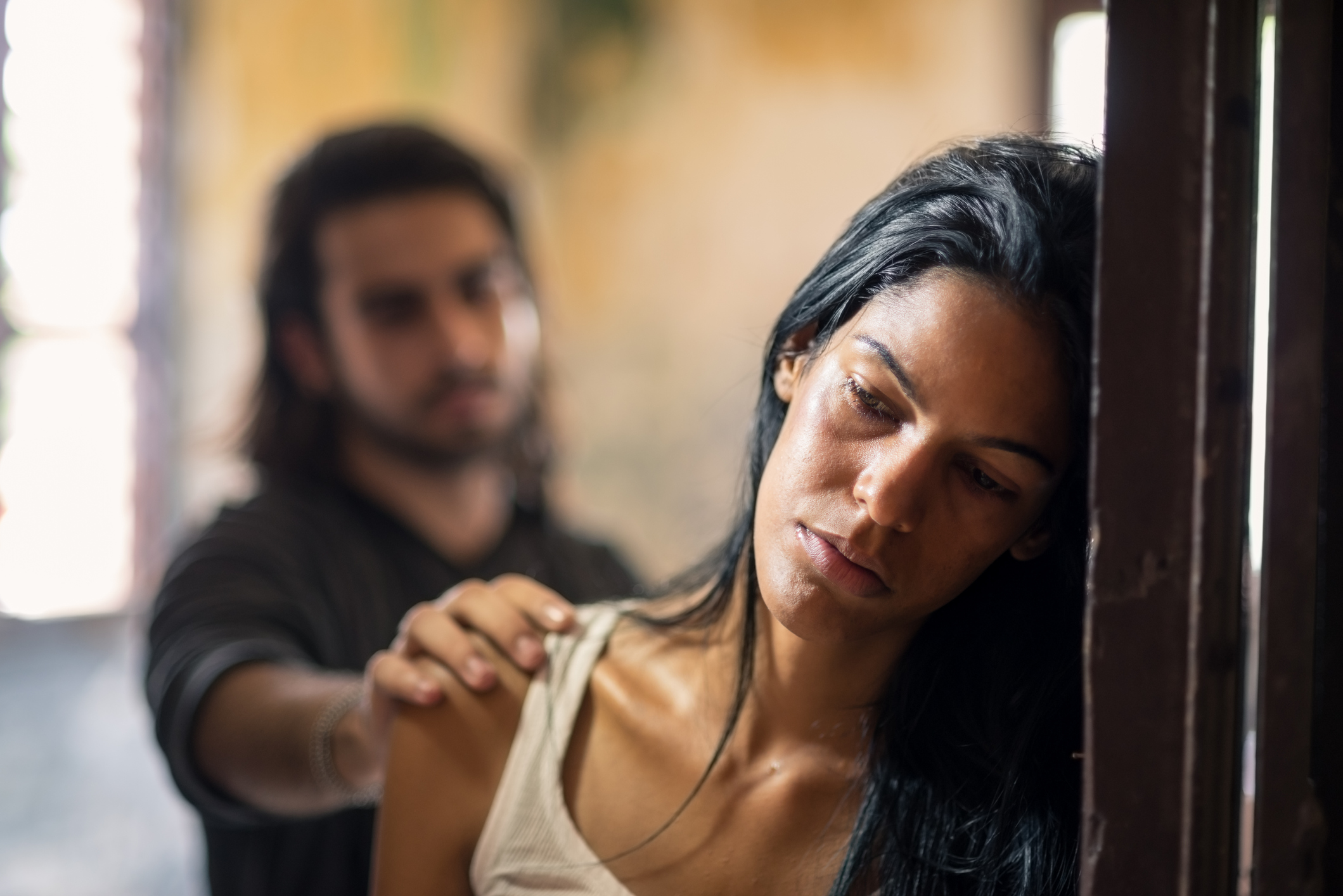 POLICY FAILURE: Perpetrators often use a victim’s insecure immigration status to keep them trapped in an abusive relationship, say activists

The Commons last Thursday (15) rejected three House of Lords-supported amendments to give migrant women with insecure immigration status equal security, excluding them from protections offered under the new bill.

Several organisations spoke to Eastern Eye following the news, expressing frustration that the amendments had been voted against by MPs.

Freedom charity founder Aneeta Prem said the opportunity to protect victims who were continuously ignored had been “wasted”. “There are groups of people already ignored, already hidden, because they are here with dubious immigration status, and have been fed a lie (by their abusers),” Prem told Eastern Eye on Monday (19). “(Victims) hide in terrible situations because they fear what the authorities will do will be much worse.

“Our hope was the bill would be an opportunity for a community which had been missed out in the past, and it’s a shame because it seems this opportunity has been wasted.”

Natasha Rattu, the Karma Nirvana executive director, said it was vital migrant victims have equal access to support via the welfare system, including access to refuge accommodation. According to Women’s Aid, just four per cent of refuges in England could accept a woman with no recourse to public funds due to their immigration status.

“Any system which continues to allow this inequality is fundamentally flawed and denies a person their basic human right,” she told Eastern Eye.

Elizabeth Jiménez-Yáñez is the campaign coordinator behind the Step Up Migrant Women (SUMW) coalition, an initiative led by the Latin American Women’s Rights Service (LAWRS) who were one of the leading organisations behind the amendments.

Jiménez-Yáñez believes the reluctance to amend the bill is down to the government’s stance on migrants and immigration. “(The amendments) don’t align with the hostile narrative and the hostile policies the government has put in place,” she told Eastern Eye.

“Over the years, we have seen the government prioritising immigration control over the safety of women. That is why so many migrant women are trapped in abusive relationships, as a result of these policies, which is sad and frustrating, because the Covid pandemic has proven there’s an urgent need to address domestic abuse and to protect all victims.”

A number of police services and charities across England have reported a sharp rise in domestic abuse cases, in the wake of the pandemic.

The Halo Project CEO, Yasmin Khan, said the organisation was disappointed the government had failed to recognise the changes which would ensure all migrant survivors could access services and tailored support for their needs.

“This bill has failed its historic opportunity to ensure all survivors are supported,” Khan told Eastern Eye on Tuesday (20).

Prem, Rattu and Jiménez-Yáñez all said their groups were frequently contacted by victims of immigration abuse.

In one case, Prem heard from a female victim who had been brought to the UK illegally, was forced into marriage and abused by her husband. The woman was reluctant to disclose any details on her immigration status. Although the victim was offered help by Freedom, she declined.

If the victim was sent back to their country of origin, Prem explained, they may face repercussions there. They could be ostracised by their local community for “bringing shame on the family”.

“The family may view it as she hasn’t fulfilled the requirement of the marriage,” Prem said. “There’s huge pressure on migrant women not to report (abuse) and that’s why they need this added layer of security.”

Others come to the UK on visitor visas and are told they will get a spouse visa once they are married. However, the marriage doesn’t take place, and the victim is undocumented as part of the abuse.

“Many migrant women might not understand the British system. They might not really understand the best thing they can do in order to be protected is to come on a spouse visa rather than a visitor visa,” Jiménez-Yáñez explained.

In family cases, the abuser helps to secure immigration status for the children, but not for the mother. “(Perpetrators) know it is a way to keep them trapped in an abusive relationship, to keep coercing them and controlling them,” she added.

A 2019 research report by King’s College London, LAWRS and SUMW on the experiences of migrant victims with insecure status found almost two-thirds (62 per cent) of women said their perpetrator had threatened deportation if they reported the violence. More than half were told by their abusers they would lose their visa if they reported it (54 per cent).

Karma Nirvana said it had also supported many victims who felt trapped in an abusive relationship because of their immigration status.

The Labour MP and shadow domestic violence minister, Jess Phillips, warned of the impact the lack of protection would have on migrant victims, saying that perpetrators knew they could use immigration status “as a weapon”.

“If victims can’t report, then those perpetrators remain out there,” said Phillips, who read out the names of more than 100 women killed by male violence in the House of Commons earlier this year.

Cordelia Tucker O’Sullivan, Refuge’s senior policy and public affairs manager, said the vote against the amendments was a “huge disappointment”.

“Refuge stands in solidarity with the SUMW coalition and wholeheartedly supports repeated calls for the protection of migrant women, who are so often locked out of accessing the specialist support they need,” she said. “This was a real opportunity for the government to ensure all women, regardless of where they happen to have been born, have access to the life-saving protection they need and deserve. Insecure immigration status should never be a barrier to accessing support and Refuge will continue to fight for all women to have access to the protection they need.”

In response to Eastern Eye, safeguarding minister Victoria Atkins said domestic abuse victims must be “treated as a victim first and foremost, regardless of immigration status.” “The bill will bolster our response to domestic abuse on every level to protect victims and ensure that perpetrators feel the full force of the law,” she said.