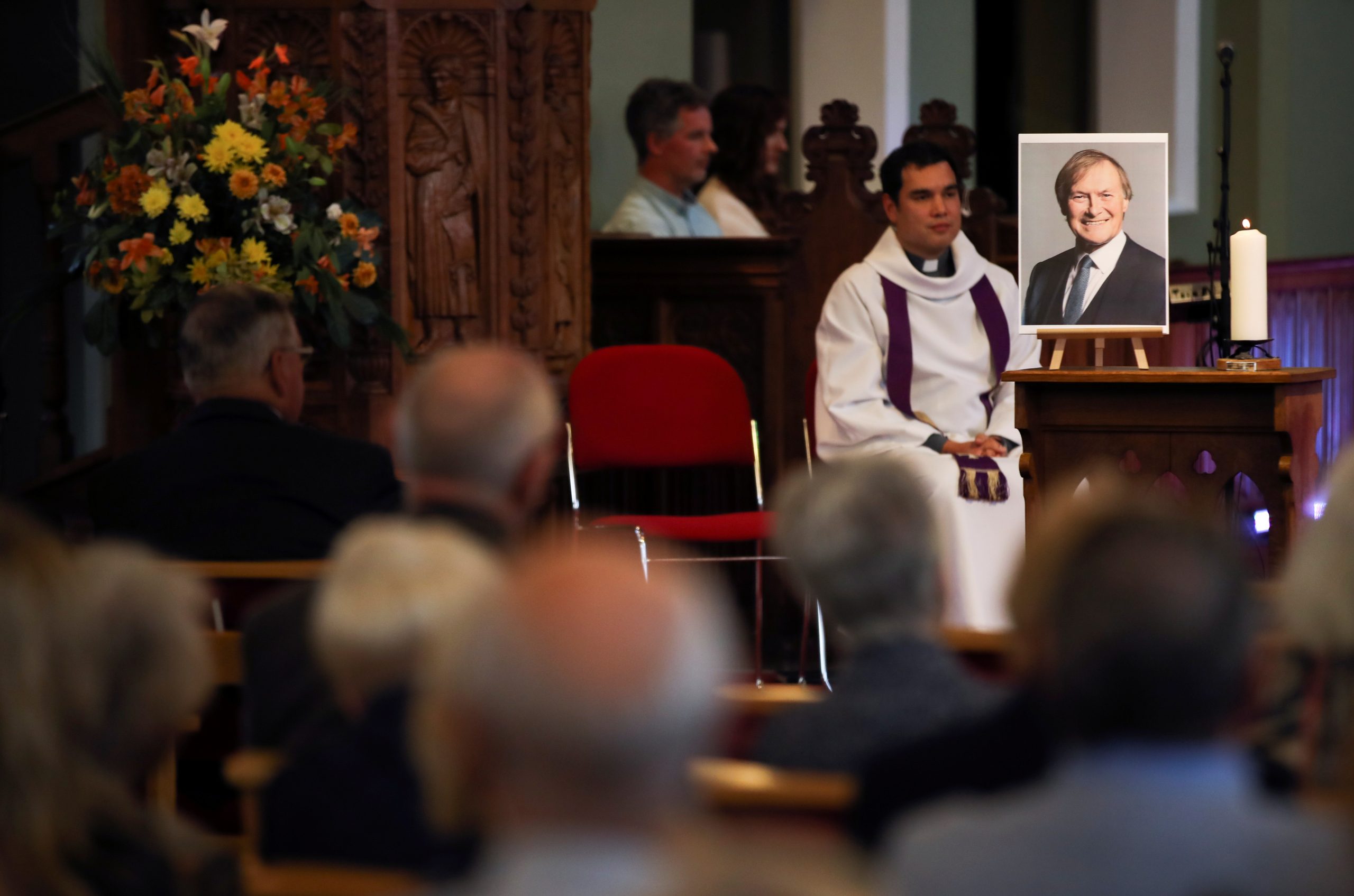 A service is held in memory of British MP David Amess. (REUTERS/Chris Radburn)

AFTER the murder of Sir David Amess, reality has hit home for many MPs as they no more can’t ignore threats from trolls on social media.

Tulip Siddiq on an estimate receives an abusive message every day on social media and some violent – threatening that she will be raped, murdered or her whole family “butchered”. The Labour MP for Hampstead and Kilburn, 39, says she had become numb to these threats but the death of Amess has awakened her fears.

She added: “I only report it when it’s extreme. It distracts from my casework — I could be helping a woman who has become homeless rather than spending energy reporting abuse. But now I’ll be vigilant once again.”

Her Labour colleague, Jess Phillips, the MP for Birmingham Yardley, says there is a section that do not consider us (politicians) as humans. “We’re not considered to be human,” she says. “We exist in a different category to other workers. There’s an expectation that this is just part of your job.”

Most of the threats she receives on her e-mail, many are posted on her social media too. Phillips, 40, has to report threats to the police all the time and there is one constituent who has twice threatened to murder her. Despite the threats she has no intentions of quitting politics.

Matt Hancock, 43, recently ran the London marathon with two police officers after being targeted by antivaxers to online abuse and threat. Moreover, the mayor of London, Sadiq Khan has to live with 24-hour security after facing death threats due to his race and religion.

After Khan posted a tribute to Amess on Twitter, a user wrote: “The man should still be breathing the oxygen you are wasting.”