THE mother of a schoolboy who suffered a fatal allergic reaction when cheese was thrown at him, has called for a law change as it emerged last week that the Health and Safety Executive has launched an investigation into his death.

Karanbir Singh Cheema, who had allergies to wheat, gluten, egg, milk and tree nuts, died in June 2017 after a fellow pupil flicked cheese at him at William Perkin School in Greenford, west London.

His mother, Rina Cheema, said she wanted schools, restaurants and other public places to take allergies more seriously as she paid tribute to her “intelligent and self-less” son.

The coroner at St Pancras coroner’s court in London said in May there was a “missed opportunity” to inform pupils of the severity of Karanbir’s “grave allergies”.

The hearing also heard that the 13-year-old was given an EpiPen which contained adrenaline a year out of date when the incident occurred at the school.

Dr Adam Fox, who was brought in by the Metropolitan Police to review the case, has called for every school in England to keep emergency adrenaline pens on hand.

Karanbir’s mother told Eastern Eye: “I want them (government) to act to bring it in legislation like if you have a heart attack, to take it as seriously if you have an anaphylactic shock because it costs lives.

“The law needs to change. More care needs to be taken in public places, in food establishments.

“In every establishment, there should be an EpiPen. There’s no point in having plasters. Safeguard any condition you can.

“I hope it’s a wake-up call, that is what my son would have wanted. I hope my son can change history. He would have done something in this world. His legacy has to carry on.”

Cheema said her son, who died in hospital nearly two weeks after the incident at the school, loved computers, maths and helping people. She said he was initially keen on becoming a lawyer when he grew up but later wanted to become a computer engineer.

She said: “He was creative, made things out of nothing and academically he was excellent at maths.

“He was very inventive, creating things on the iPad. I was amazed at him. (He was) A very intelligent boy, I was very blessed. He was a very good boy, never gave me any trouble at all.

“He was a very selfless person. That was one thing I was humbled by, my son always thought about other people and helping.

“For instance, if we went to Sainsbury’s and saw an old person struggling with their bag, he would help them without me saying anything. That is the kind of son I was blessed with.”

Cheema admitted that she was “glad the truth came out” during the inquest in May, and aims to raise awareness of the dangers of allergies and anaphylactic shock to honour Karanbir’s memory.

She added: “The allergies are actually on the rise. One in every five children have it.

“I would like to honour his name by making people aware.

“Everyone needs to understand how dangerous, how many lives it has cost. People are not taking it seriously enough. They are not picking (up) on the severity of someone’s allergies. It has caused deaths and will continue to cause deaths until people become aware of it or take it seriously.”

The Department for Education (DfE) said it has changed the rules to allow schools to buy the pens.

“We are clear that children with medical conditions should be properly supported to enjoy a full education and be safe at school,” a DfE official said.

“All schools are required to make arrangements to support pupils with medical conditions. Allergies are included in the new mandatory health education curriculum so that children also understand the facts and science relating to allergies.” 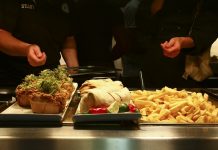 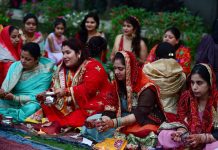 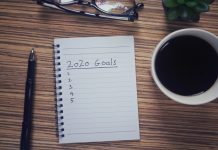