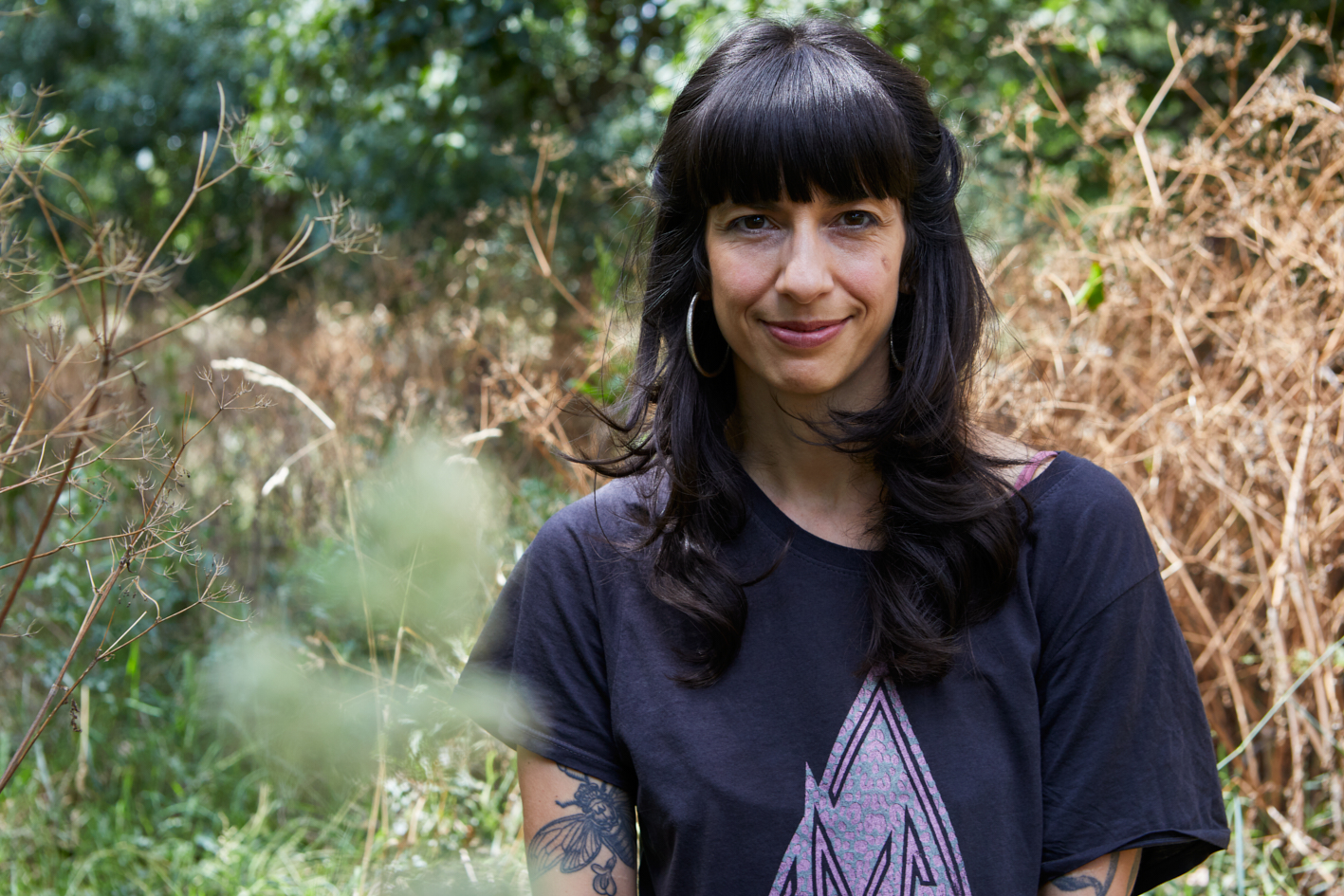 TRAUMATIC PAST: Melody Razak’s debut novel Moth focuses upon a family caught up in the violence and social unrest of post-partition India. (Photo credit: Patricia Niven)

THE author of a novel exploring the impact of violence on the lives of women in post-Partition India revealed she wanted to “give survivors some power back”.

Melody Razak’s Moth follows a close-knit family caught up in the violence of post-Partition India, after the subcontinent was split into India and Pakistan in 1947. Set in Delhi in 1946, it explores the effects of brutality on the lives of women and girls, including sisters Roop and Alma, during the period of political unrest.

Razak revealed she was inspired to write the novel after she heard the Radio 4 programme Partition Voices. Survivors of Partition were interviewed for the BBC show, and she was struck by the rawness of their emotion. “A lot of them wouldn’t elaborate (on their experiences) but you just knew it was a very fragile, devastating time for them,” she told Eastern Eye. “I became really aware that there was a lot of silence in these interviews and lots of things that weren’t being said.”

Intrigued by the history, Razak began her research. She explored the experiences of those affected – and discovered approximately one million women were raped or abducted. Some became pregnant with their rapists’ children but were disowned by their family as they were thought to have “polluted their bloodline”.

“A lot of these women were never allowed to speak or to tell their story and I felt quite a lot of outrage on their behalf,” Razak explained. “I was thinking, how do I give these women a voice when it’s impossible for me to speak to any of them? That was the beginnings of the novel.”

Writing about sexual violence and trauma was a harrowing experience, Razak said.
While editing the novel, she recalled breaking down into tears on numerous occasions. “I was getting overly emotional knowing what bits were coming, but I allowed myself to feel those emotions, and not be ashamed of them,” she said. “I found it difficult, but I really wanted (the story) to go there.”

The decision to follow the story of women came from Razak’s need to “give women some power back” as she believed they are often “pushed down” in Indian culture.

“Not so much anymore but certainly in the past, women were always subservient to their fathers and then to their husbands,” Razak said, as she also acknowledged the high statistics of gender-based violence in India today.

A 2018 poll by the Thomas Reuters Foundation declared India as the most dangerous place in the world for women.

Razak admitted her own experience differed when she was travelling through India on her own, rather than with a male partner. At one point she invented a husband and a teenage son to stop a house owner from bursting into her room unannounced. “I was just keen to explore the women’s voices,” said Razak, who grew up in an all-female household in London. “I wanted to give women some kind of power back.”

‘Everytime I go to India, I feel alive’

India holds a very special place in Razak’s heart, and she wrote Moth while travelling through the country. It gave her a chance to fully immerse herself in the culture and many of the descriptive scenes in the book are taken from her travels.

“Down to the food I was eating, to the weather and the temples I was visiting, it all fed into the novel,” she said. “It was really wonderful to be able to pull in those experiences.”

Having first visited in her early 20s, the writer has since travelled to the country on numerous occasions. “Every time I go there, I feel very alive,” she smiled. “At first you feel quite overwhelmed, there’s so much going on. But once you allow yourself to relax into it, you suddenly feel very charged with life. You feel it in your  fingertips.”

Moth is Razak’s debut novel and she is in the process of writing her second. A career in writing came late for the 45-year-old. She previously worked in the food and hospitality industry and owned her own Brighton-based bakery Treacle & Co for almost a decade.

The motivation to pursue a writing career came after she studied for an MA in creative writing from Birkbeck, University of London. Although she began her studies as a distraction from the café, it reignited her passion for writing.

Studying for the qualification while juggling her business at the same time proved exhausting. Razak was still working six to seven days a week and was consumed by her job. Eventually, she made the difficult decision to give up her cake shop. “The summer before I sold it, a friend and I went to (music festival) Glastonbury and I just spent the entire time crying in the mud,” she laughed. “It was like I was losing a limb; it was such an intense experience.”

Despite the upset, Razak is now a full-time writer and has no regrets about selling the business. Ahead of the book’s publication on Thursday (24), Razak voiced hope that it would educate readers on a historical past which they may not be aware
of.

“I want (readers) to start asking questions on Partition and independence and be willing to explore it further,” she said. “It’s time to have an awareness of incidents which have happened in the past that we don’t know anything about. We should know more about this history.”
Moth by Melody Razak is published on Thursday by Weidenfeld & Nicolson.

In Indian Kashmir, few now dare to speak out